The emerging world of 3D printing

3D Printing is something all of us have come across in today’s world. It may seem like a new technology but history points out that it is no recent development.[ In fact, 3D printing has its roots in the 1980s. In 1984, Chuck Hull, invented a process called “stereolithography” which used UV lasers to solidify photopolymer that created 3D parts layer by layer. A technology which initially began with the aim of prototyping has today secured its place in the manufacturing industry. Today its use is far more widespread than we can possibly imagine. Did you know 3D printing techniques have been featured in movies such as IronMan, The Hobbit, Jurassic Park, Avatar, The Muppets, Terminator Salvation, Real Steel, Paranorman, The Avengers and Paranorman to design some props. These are some lesser known facts about 3D printing. To know more about this very popular technology read on. :) 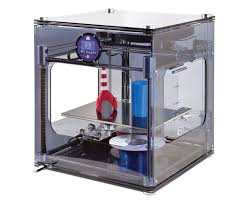 How does 3D printing work?

3D printing is the process of making a three-dimensional object from a 3D model or other electronic data source.

3D printable models can be created with a computer-aided design package or a 3D scanner. The printing can take hours to complete depending on the size, and the printed objects are often post-processed to reach the desired finish.

Successive layers of a given material (in liquid, powder, paper or sheet form) are applied under computer control using a 3D printer. Since layers are added, it is often also referred to as additive manufacturing.

Materials used vary by printer type, ranging from plastics to rubber, sandstone, metals and alloys - with more and more materials appearing on the market every year. Of late, 3D printing has also been used to make human body parts, using human tissue !!

The applications of 3-D printing are widespread. From industrial applications in manufacturing, prototyping and customization to Biomedical devices like dental implants and prototypes of body ,3D printing seems to be the new kid on the block ……

What does the future hold?

So let’s wait and watch what revolutionary innovations does this new technology bring along!