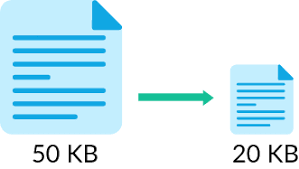 In this era of the internet, we constantly need to send and receive files. It is in our best interest that these files are as small as possible so that we can save on bandwidth and network usage. Hence, it is important to compress or encode files to minimize their transmission size.

For text files, one of the most popular compression algorithms is Huffman encoding. In Huffman encoding, each character is assigned a variable-length code, and this assignment is sent as a header file. The codes are in binary, and they are prefix codes, i.e., the code of one character is never the prefix for the code of another character. The most frequent character has the shortest code, and the least frequent has the longest code. The difficulty is in assigning codes to these characters, which is discussed below.

We will use the below line of text as the source string:

The following are the steps to make a Huffman tree:

After these steps, the Huffman tree is complete, and the last node is treated as the root of the tree.

Consider the character frequencies in the example: 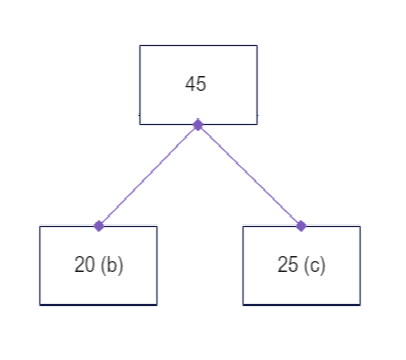 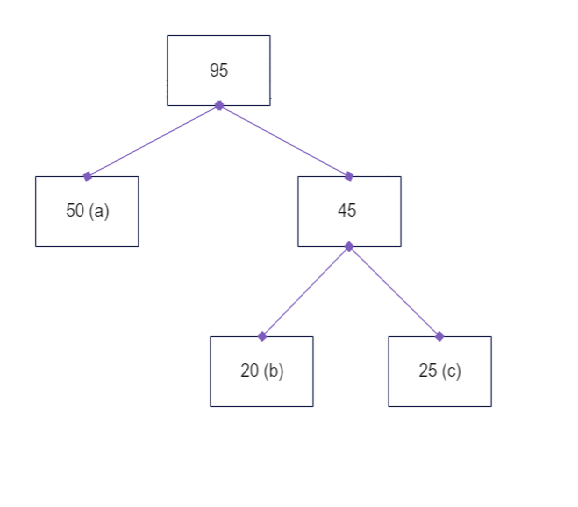 The second part, as mentioned earlier, is to assign codes based on the Huffman tree. To do so, we do the following:

In the previous example, if we do the above, we end up with the following assignment: 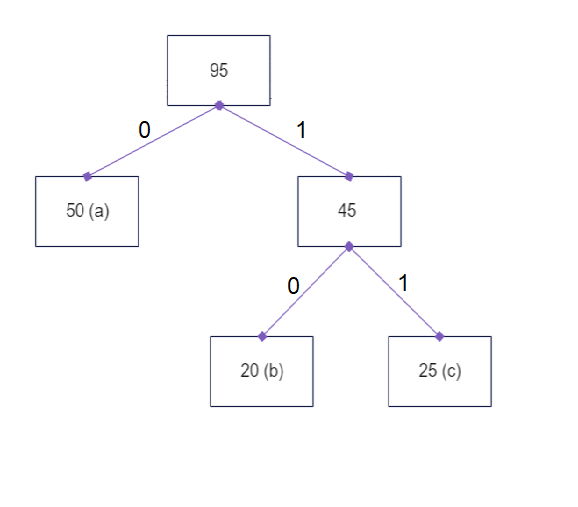 To get an idea of why this method gives an optimal code, we have to consider the original objectives listed below:

As the reader may have noticed, there exists an edge case to this algorithm, which is if the text file contains only 1 character. If the above algorithm is followed, the character ends up with no binary code.

This edge case has to be dealt with in the decoding program only since the header file containing the frequencies of the characters will make it clear that the file consists of a single character repeated several times. The header file is discussed in more detail below.

Now that we have the codes for each character, we can start the encoding to reduce the file size. The procedure is simple. We replace each character with its code to get a binary string for the entire file. Since the code is a prefix code, there can be no ambiguity in the translation. After encoding the example string, we get:

This binary string has to be stored in a binary file to achieve compression, i.e., the inner bits of the file have to correspond to the binary string. To do so, the simplest method is to divide the string into parts of 8 bits and store each 8 bit part in a single character which is written to the compressed file. After this, the 140 character binary string can be written in 18 bytes of memory, compared to the 95 bytes of the original text.

This solution, however, is not complete. That is because the last character to be generated this way need not contain all 8 bits, but the translation program, while decoding, would not be able to tell how many bits to use.

One simple solution to this is to include End of File (EOF) as a character in the Huffman encoding algorithm. When the decoding program reads EOF, it can immediately terminate translation, and hence garbage bits would not be read.

In the given example, there are 3 characters whose frequencies have to be given in the header file. If we optimize space properly, the header file should contain 3 characters and 3 ints, which is ~15 bytes. Hence the overall size will be 15 + 19 = 34 bytes, which is much smaller than the initial size of 95 bytes.

Hence our objective of text file compression is complete.

Huffman Algorithm is a popular way of compressing text files. We have discussed the algorithm, the problems faced in its implementation for file compression as well as possible solutions. With this blog as a reference, the reader should be able to write their own program for text file compression.