The feeling of working with the author of textbooks that you first read to learn a subject is something beyond the ability of adjectives to explain. However, it is also the time when you begin to realize what you know is barely a fraction of what exists and that there’s always much more to learn. I am extremely privileged to have spent the summer at Stanford Microfluidics Lab as a UGVRI. Now before getting into more details I’d like you to know a little history and the following content is aimed at leaving you takeaway 3 points that I think is important as an aspiring researcher.

Just like most other enthusiastic students in freshman year I would try to participate in all activities happening in college and one such event was the IEEE Insight. I remember sitting there awestruck staring at the faces of the then ‘seniors’ (read ‘accomplished professionals in making’) not paying attention to much of what they said but just wondering if there could be a day when I could be standing in their position. Note here that it has, for years, been my goal to be a space scientist. I came back to hostel after the talk and the year just passed by until I heard again the same faces speak at the IE Spark. What changed in these months were only that the speakers had cracked a milestone securing admits from premier institutions and reputed positions in leading companies but I as an audience just remained where I was. I believe this is when I realized the power of doing meticulous research (well, it applies to any work practice for that matter). Since then has also been a time when I’ve overlooked academics and stuck to reading stuff that interests me. I would suggest to not compromise on getting good grades but even if it is low it’s not the end of everything.

Research, like every other work, by it’s very nature requires that one is thorough with the governing fundamentals and it’s important to realize that there’s no point of research if it leads to no additional understanding of the phenomenon under study. To begin with, research requires a well-defined problem statement that needs to be solved for which brainstorming and intensive literature review are the prime ways to go.  As a matter of fact, most leading discoveries happened either accidentally or in the process of solving a problem that was entirely different. The aim should not be to complete a project quickly but to progress slowly, trying to question, infer, learn and verify as much as possible at each step.

Often I find myself grunting over few topics wondering the need for me to read about it and I think many might be of the same opinion, but what if I tell you that the one derivation of chip formation or the assumptions made in a hypothesis that you once neglected might just give you insight to resolve a complex experimental fix, or get you past the interview of your dream company! Research is extremely interdisciplinary and there is no single topic that you should feel is not necessary to know about. For research at least, the ones to make it big are “Jack of all, master of at least one”, but “Jack of all master of none” is much better than one who’s a “Jack of few master of none” and other average traits. Also crucial for research is writing, documenting and presentation skills. A world class researcher inventing a revolutionary technology but not being able to document it in a manner comprehensible for a reader, is just as good as a layman dreaming to make it big but doing nothing towards realizing the dream. Thus, a true researcher is constantly enhancing their knowledge base, skill sets and trying to find answers from observing nature.

It’s quite natural to claim a field of interest as the one that you’re relatively ‘good at’ (read ‘just scoring well in’) or the one in which you have a couple projects to highlight on your resume. Well, if you’re sure that’s the exact field you want to be working on, it’s brilliant! But otherwise, it’s never a good idea to refrain from exploring different domains, it helps diversify your knowledge and gives a better insight into problems that you want to work on from a career point of view. Having chosen to work on a wide range of projects and realizing that every one of those had something to contribute later where I thought they’d be absolutely irrelevant, I can definitely affirm. To justify the same, at Stanford, I led a theoretical and experimental study on microfabricated sheet jet nozzles for X-Ray spectroscopy studies. Initially during acceptance for the internship I was on an entirely different biological project. However being open and choosing to work on this project helped me gain a wide range of experience including microfabrication techniques, fluorescence imaging, microscopes and CCD Cameras, computational design and CFD simulations, UV laser ablators and some insight into Field Electron Lasers & X-Ray beams which may not have been the case otherwise. So it’s really important to be open to trying new things and remain in constant pursuit of innovation, for the worse that can happen, is an experiment failing, but analyzing the failure might be the biggest key to various other successful experiments.

Coming to the application processes, there are a lot many exchange programs, deadlines for application for most of which are about 6-8 months prior to the start of the program. The exact criteria for a successful application remains in a black box, so it’s just a matter of trying your best and hoping for good. Given the rigorous competition for these programs, it can never hurt to write mails to the  many professors whose work interest you. Again here, there’s no standard for a successful mail, but a short explanatory resume with crisp cover mail expressing your interest, the reason for choosing the lab and relevant experience (if any) might be the right way to start off with. In most cases it may be possible that there’s no opportunity at some time, but staying in touch with the professors definitely helps open prospective avenues. I’ve known many students giving up quickly assuming things won’t work out, but believe me when I say patience and perseverance can seldom go in vain.

Following your passion and hobbies can never go wrong, cheers to  the noble thought of pursuing novel research. Thanks for reading and I wish you the best! 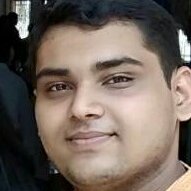