An introduction to Trees and Competitive Programming with reference to Trees.

A tree is a nonlinear hierarchial data structure that consist of nodes connected by edges.

1. Node: A node is an entity that contains a key or value and pointers to its child nodes. The last nodes of each path are called leaf nodes or external nodes that do not contain a link/pointer to child nodes. The node having at least a child node is called an internal node.

2. Edge : It is the link between any two nodes.

There are many more types of trees which one can search and read about ;). Most common are the binary tree which have exactly two children.

Back To Competitive Programming

Lets talk about the DFS: 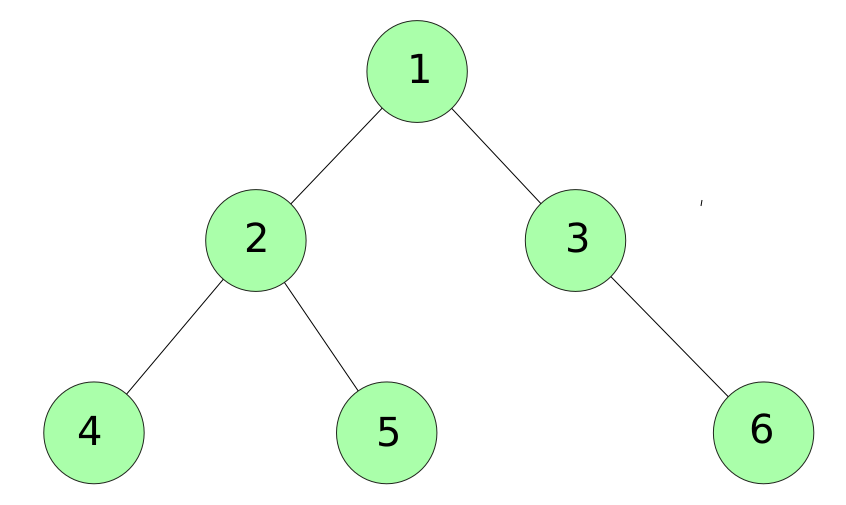 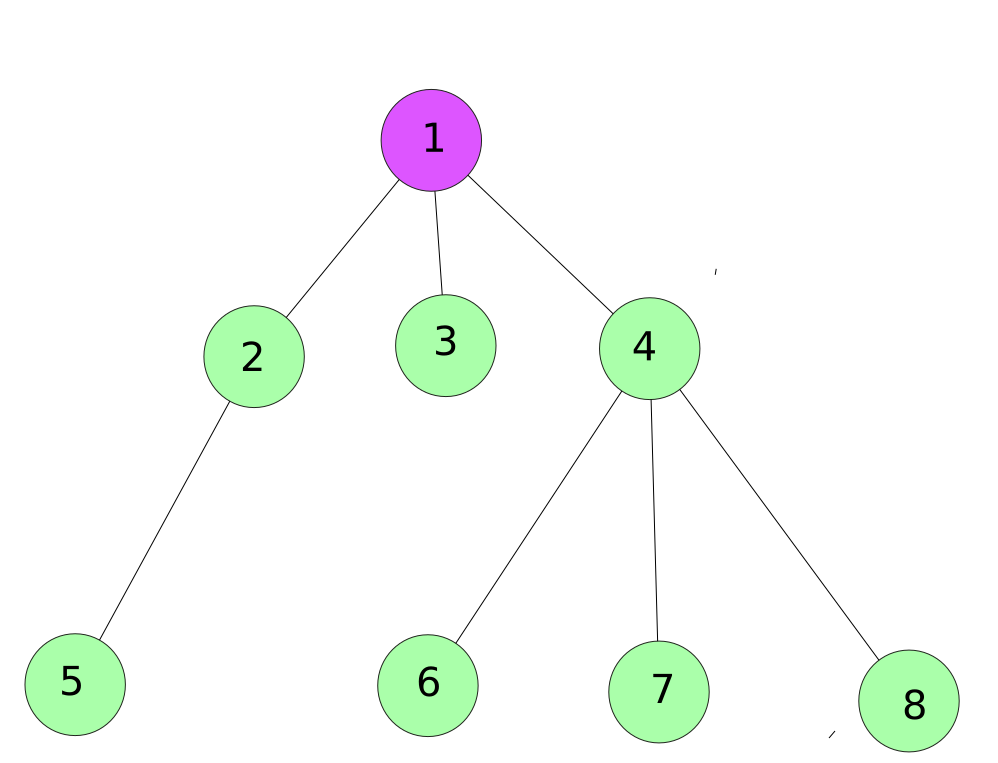 First we visit the root node. 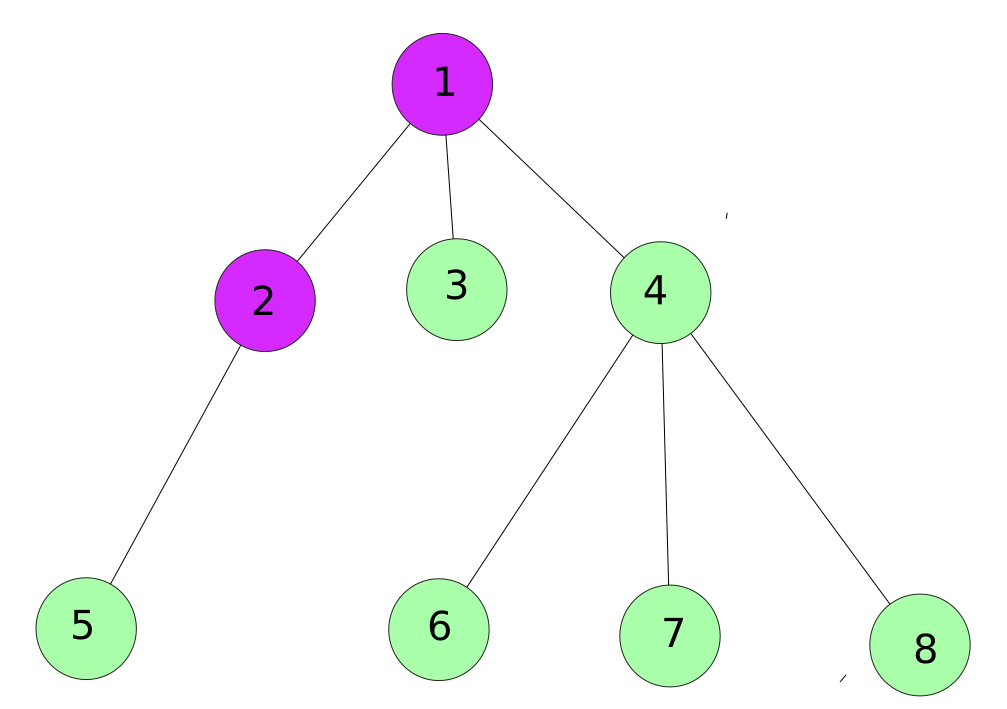 Then we move on to its first child. 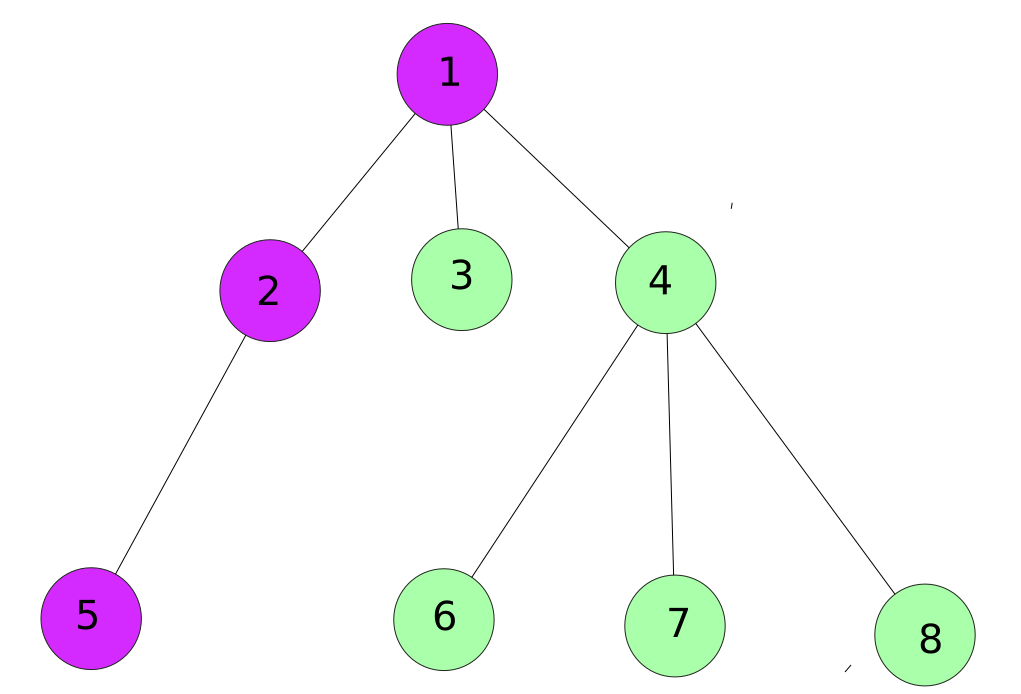 Then we visit the child of node 2. 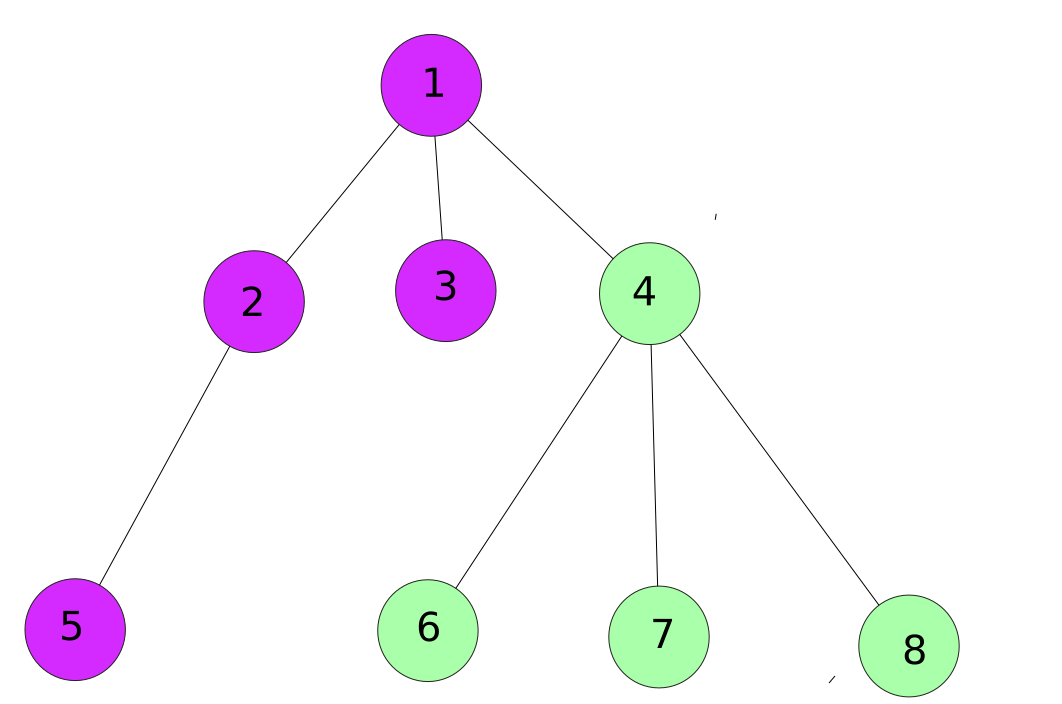 after we are done with all the children of node 2 we move onto node 3. 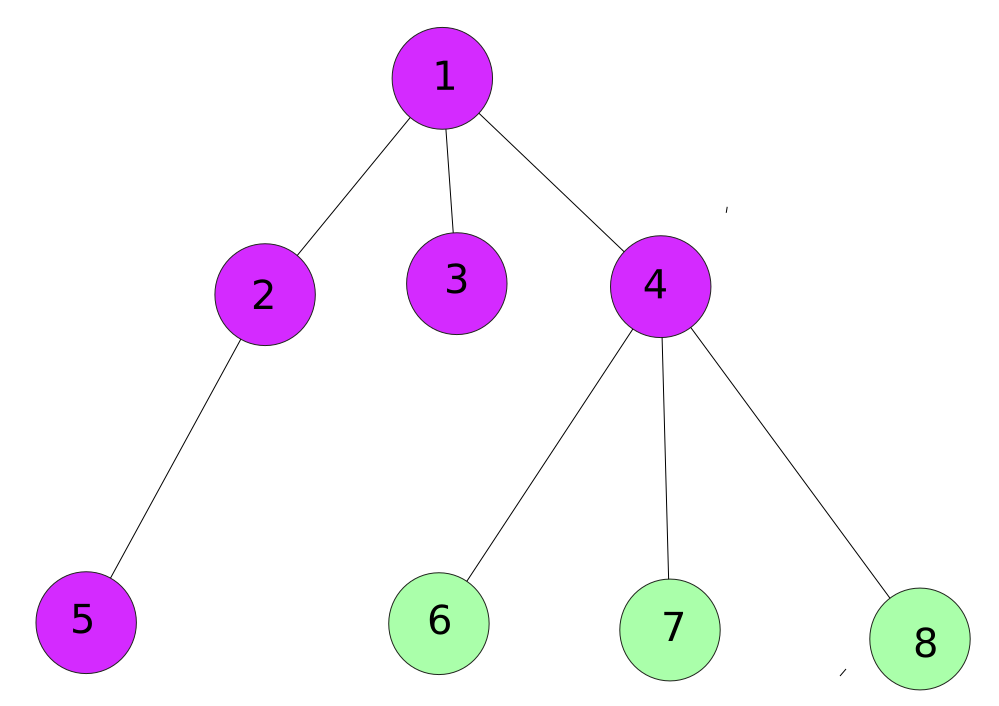 Since there are no children of 3 we move to the next child which is 4. 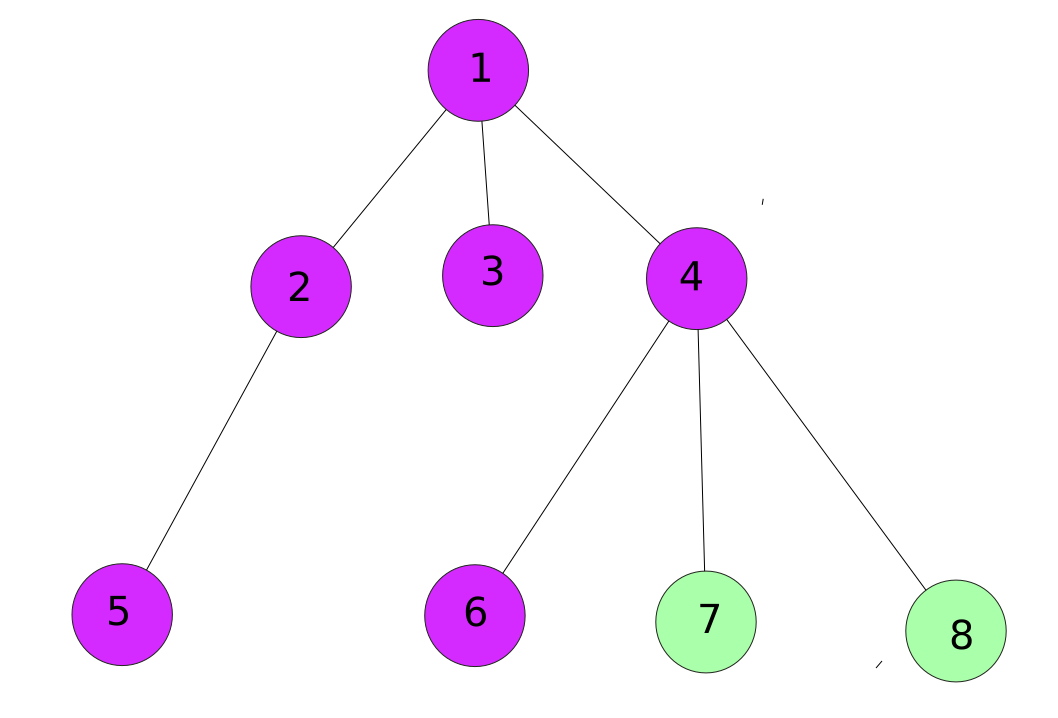 then we move to first child of 4 That is node 6. 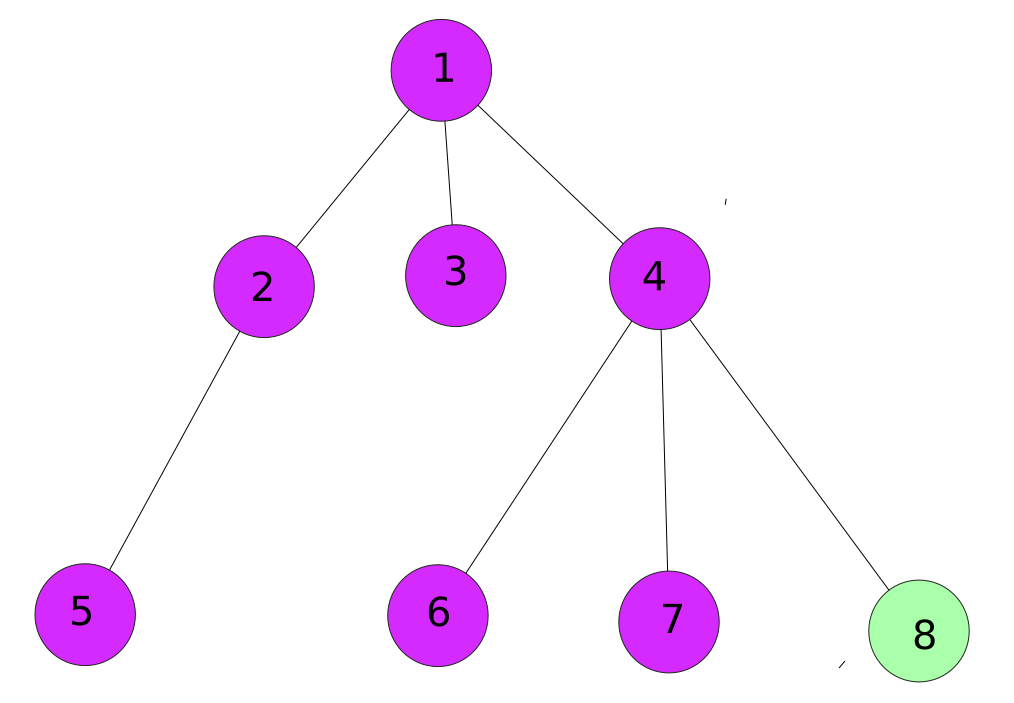 Then we complete the node 7.

and we finish it with node 8.

The problem statement is in the link below - XOR-Tree

So the problem states that on flipping the value of a node all the subsequent alternate children also get flipped. We need to change it in such a way that we get the desired values of all nodes. First thing to notice is flipping a node only affects the node itself and any of its children. So we need to start from top and follow a greedy approach by flipping a node value wherever it is required.

Second thing to be noticed is that we will use a DFS with some modification.

Now, coming to the main catch of the problem, suppose you already flipped a node ,all subsequent alternate nodes also get flipped, now suppose a child of a child of a node who is flipped had an opposite value in the target value, then we already have flippped it but we have not monitored or taken care of , of it. The case can be of a even deeper node and we can’t manually update that everytime because it will costly.

So what we can do? We can maintain three extra parameters that is number of flips so far on even and odd positions and another parameter as the current level paramter. Below is the code for modified dfs with the main() function for the input. Put on the thinking caps and try to figure out the logic behind the even,odd and level parameters and the if-else conditions, 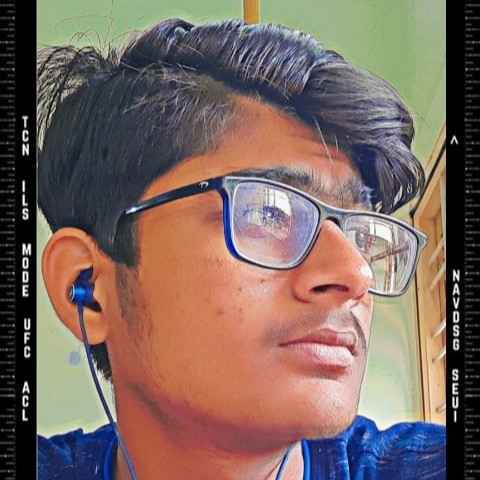