A post explaining an environmental approach taken by Airbus

For over a hundred years - and certainly many to follow, the aircraft industry, for the most part, has relied upon combustion based engines, ranging from the long-forgotten piston-prop through the state of the art Turbofan. Yet, no matter what the degree of advancement is in the field of such engines, what’s guaranteed is an ever-increasing toll of CO2 and other greenhouse gases.

The intuitive solution for sustainable development, as in nearly all domains of power generation, especially in transportation, is electricity. Presently, every mode of transport (save for aviation) employs at least a certain level of technological know-how of the utilisation of electrical energy to power any system that would otherwise use energy from combustion of fossil fuels.

However, no such concrete technology in the aircraft domain is in existence yet, due primarily to the commendable figures of power output and efficiencies of the contemporary combustion engines. But then, electric engines were never invented with the aim of outperforming the existing engines (though with the current trends of R&D, such a thought could be realised), but to rather mimic them without using non-renewable resources and reducing greenhouse emissions in parallel.

The E-Fan Programme of Airbus is one such initiative that aims to accelerate developments towards environment-friendly aviation. The E-Fan was initially designed specifically to utilise electric power. As a second step, E-Fan was transformed into an updated ‘Plus’ version with a hybrid configuration for longer flight endurance. E-Fan Plus – which debuted during the summer of 2016 – incorporates an internal combustion engine as a range extender in addition to the aircraft’s on-board lithium-ion batteries.

These two propulsion system configurations – and ongoing innovation – highlight the aircraft’s role as a technology demonstrator that allows the company to make important advances on its electric aircraft roadmap. 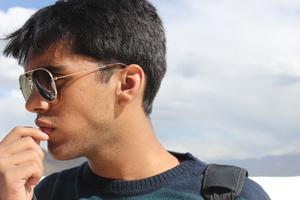