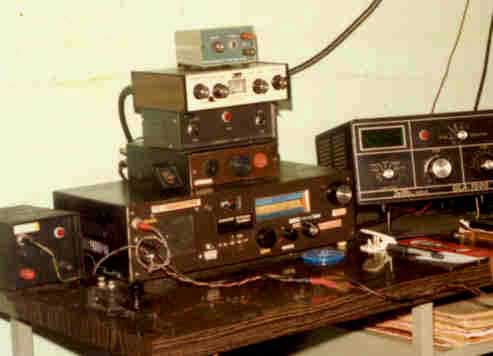 We are all fascinated by how our voice travels through the atmosphere by electromagnetic waves and reaches its destination. We humans have built transmitters and receivers suitable to our needs.

What is Amateur Radio and who are these Amateurs?

Amateur Radio operators are a group of people interested in wireless communication technology worldwide. According to the Indian Wireless Telegraphs (Amateur Service) Rules, 1978, Amateur Radio or HAM radio is ‘A service of self-training, inter-communication and technical investigations carried on by amateurs, that is, by persons duly authorized under these rules interacted in radio technique solely with personal aim without pecuniary interest’. Unlike commercial radio broadcasting, where we tune our radios to receive information, amateur radio is a two-way exchange of information.

What can you gain from this?

Despite the availability of other communication facilities amateurs run their own wireless communication network with entirely personal effort. Some operators also build their wireless transceivers from scratch and transmit their voice throughout the world to be then replied to by their fellow operators. This a very special hobby where HAMs operate their wireless transceivers for joy and excitement of carrying out a worldwide wireless communication. They learn important communication engineering concepts by doing. Their conversation covers diverse topics like Astronomy, Literature, Climate Change, Wildlife, STEM fields. Exchange of information on business, commerce, religion, and politics are not allowed.

So, can anyone broadcast information?

Amateur radio is one of the few hobbies in the world which requires a government license. You cannot broadcast information on air without a license. It is given by the Wireless Planning and Coordination (WPC) Wing of the Ministry of Communication, New Delhi in India. You have to qualify for a written examination that covers the basics of electronics radio theories and national and international rules and regulations of amateur radio communication in radiotelephony (voice) and Morse Code to obtain the license. The eligibility to appear for examination is 12 years. License is given for 4 grades. Advanced, Grade I License, Grade II License Grade II License (Restricted Grade). Out of these only Restricted Grade license can be obtained without any knowledge of Morse code. While for getting the license for other grades, the candidate must show proficiency in sending and receiving Morse code according to international standards. The speed of transmitting and receiving Morse code should be 5 WPM (Words per Minute) for Grade I license.

Each Amateur is allotted a separate number known as a call sign. By looking at the call sign other amateurs can say that from which country does a person belong. These are allotted by International Telecommunication Union (ITU). Prefix ‘VU’ is used in call signs of Indian operators.

Okay, but what is the real-life use apart from all the fun?

Along with sharing and acquiring knowledge, amateur radio operators have been very helpful in re-establishing destroyed communication during natural calamities. An example: In December 2004, a point in the ocean near Indonesia became an epicenter of a major Earthquake which then resulted in a Tsunami. The effect was seen on the Andaman and Nicobar Islands of India also. Communication to islands was destroyed so it was very difficult to carry out the relief work. In those circumstances, a HAM operator from New Delhi Bharati Prasad, who was on a tour to the islands came forward with her Amateur Radio set and helped establish communication. Like this example, many times Ham operators have been useful.