What is Reinforcement Learning capable of?

Applications of reinforcement learning in games, robotics and multi-agent systems

Have you ever been so lazy that you thought, “it would be great if there wes a robot to get me food from the kitchen”? Or have you ever wondered what it would be like if there were robots to do your daily chores for you? Well, the good news is, it is indeed possible to make such an intelligent robot. But if we are to achieve this, reinforcement learning will play a big part in it. In this blog, we will explore the potential of reinforcement learning and how it can be useful in various fields.

What is Reinforcement Learning?

Typically, we have an agent following a policy/strategy in an environment, using which it takes actions/decisions to improve its cumulative reward over the interaction with the environment. Reinforcement learning tasks are usually modeled as Markov Decision Processes(MDP). This consists of:

The eventual goal for the agent is to maximize its overall reward. It does this by balancing exploring new states and exploiting already available knowledge.This is popularly known as the exploration-exploitation dilemma.

In all the applications of RL, we have made the most progress with games. This is partially because the rules are predefined, and there is not much room for unexpected activities happening, unlike in real life. Nevertheless, we can take the learnings and concepts from the successes in games and use them as a foundation in other real-life tasks. In 2016, Deep Mind’s AlphaGo defeated the Go world champion Lee Sedol 4-1 in a convincing victory. In the second game of the five-match series, AlphaGo made an unexpected move(Move 37) that had a probability of 1 in 10000 of being made by humans. Most people initially thought that the move was bad. But later, this turned out to be an important factor in swaying the game towards AlphaGo’s. So AlphaGo could find moves that humans generally ignored.This gives us an insight into what reinforcement learning and artificial intelligence can offer us as we improve the technology and algorithms. If we can use reinforcement learning for building tools that can help us in real life, those tools will be able to help us resolve problems and issues in a way that might have never been imagined by humanity. On the other hand, in game 4 of the above mentioned series, the machine made some poor moves and ended up losing the game in a way that made AlphaGo look very silly. This shows that we still have a long way to go in making our systems more robust and error-free. Like AlphaGo, there are other machines like AlphaZero (for chess, shogi, and go) and AlphaStar (for the strategy-based video game StarCraft II). Both these machines use deep reinforcement learning techniques and have achieved success to a high degree. It is also worth mentioning Agent57, the deep reinforcement learning agent that plays the Atari57 suite of games. Agent57 has successfully outperformed the human atari benchmark.

Robotics is a more exciting field than games because, unlike gaming, it applies a lot to the real world and the challenges faced in robotics are harder to solve. In principle, RL can enable real-world robots to acquire large repertoires of skills. More importantly, reinforcement learning can allow such systems to continuously improve the proficiency of their skills from experience without much human intervention. Agents trained using reinforcement learning have the potential to adapt to unstructured and very complex environments. This is because, in a real-world scenario, the agent might not know how the environment is going to be, and hence, it has no data. The agent must be able to collect data on its own and then learn to behave accordingly. In such cases, it is not possible to use supervised and unsupervised algorithms as they usually work well when there is enough data available. Reinforcement learning allows the agent to learn to behave in situations accordingly based on its experience.

RL today has mostly been used for simplistic and less cost consuming tasks. This is important to note because trying to apply RL directly to high level tasks might result in extreme damages either in financial terms or for humans. Hence, it is important to master the little things first before moving to more ambitious ideas. Kormushev et al demonstrates a robot that learns archery using reinforcement learning algorithms. Kormushev et al also uses the state-of-the-art EM based PoWER algorithm for learning the pancake flipping task. It is very likely that reinforcement learning will become a very important tool in improving robotic systems because algorithms are always ever improving. This video offers a small insight into the work and experiments being conducted on robotic reinforcement learning in UC Berkeley.

A popular and commonly used approach for robot learning is simulation to real-world transfer. In this, an agent is first trained in a simulated environment and then let out into the real world after learning appropriate behaviors. However, the policies trained entirely in simulation may fail to generalize on a robot in the real world. It is hard to simulate the real-world exactly in a simulation because there is always a degree of unpredictability in the real-world which may not be modeled in the simulation. Physical factors like friction, air resistance, humidity, etc are hard to simulate. Even though these can be simulated in good simulators, in real-world, these factors are dynamic which makes training much harder. This gap in an impressive performance in simulation and poor performance in the real world is known as reality gap. Training robots with reinforcement learning directly in the real world eliminates these problems. However, this method comes with its own set of challenges.

Solving these challenges is essential to have scalable, efficient, and practical robotic systems.

So how do we build systems for real-world robotic RL? We need three things:

Once these three ingredients are put together, we can have a robotic system that works well without human interference. This system can learn to perform several tasks without instrumentation. Although these systems are currently able to perform limited and simplistic tasks, it is important to note that the concepts laid above are essential to building any robotic systems of any desired complexity.

Until now, what we saw was restricted to single-agent systems. We had only one agent in the environment, and its goal was to maximize its own reward and find the best policy. If we can succeed in creating intelligent robotic systems using reinforcement learning, it is very likely that we will also be inclined towards creating a system where there are multiple robots focussed on one task or various tasks. This is where the concept of multi-agent systems comes in. Multi-agent systems consist of multiple autonomous entities (artificial agents or humans or both) with computational abilities interacting in an environment with distributed/decentralized information with similar, conflicting, or mixed interests. Typically, these agents refer to software agents. When it comes to reinforcement learning, we attempt to make the agents intelligent and study how agents can collectively learn, collaborate, and interact with each other in an environment. RL in multi-agent systems is also known as Multi-Agent Reinforcement Learning (MARL). MARL is a domain that has existed for many years. But the progress that has been made in deep RL (via powerful and scalable function approximators like neural networks) has catalyzed work and progress in this field.

MARL has a lot of potential for real-world applications. One area of application is resource allocation and task allocation. MARL can help in devising optimal strategies to divide available resources among different agents/processes. This could potentially offer a new insight into optimally utilizing computing resources. Another application is for traffic signal control. AI-based approaches have been investigated in order to optimize traffic flow in junctions. MARL offers a solution to minimize traffic delays using efficient strategies to allocate time for each lane of an intersection in a traffic network. MARL has also seen improvement in games like Dota, Starcraft, Go, etc. MARL could also be applied for the task of energy sharing optimization. Youngwoon Lee et al applied MARL to robotics to assemble IKEA furniture but this direction is currently beyond our scope.

These applications show not only the power that MARL possesses but also the diverse nature of problems that it can be applied to. However, MARL comes with its own set of challenges and hurdles.

In recent years, there have been a few positive results towards solving the above mentioned issues. For example, Thanh Thi Nguyen et al have offered solutions to the non-stationarity problem using Lenient Deep Q-Network or LDQN.

What Next for Reinforcement Learning?

In this blog, we have seen the applications of reinforcement learning in just three areas. However, reinforcement learning can be applied to a lot more fields, including stocks and finance, medicine, and others. When compared to the other paradigms of machine learning, we can say that reinforcement learning is still in its early stages, and that leaves it with a lot of opportunities that can be explored by scientists and researchers. We have seen in history that given enough time, any problem in science can be overcome if there is enough research going into it. It is no different with RL. We will continue to see a lot of progress in this field, and a future where robots are a part of our everyday lives is waiting for us.

CompSoc What is Reinforcement Learning capable of? 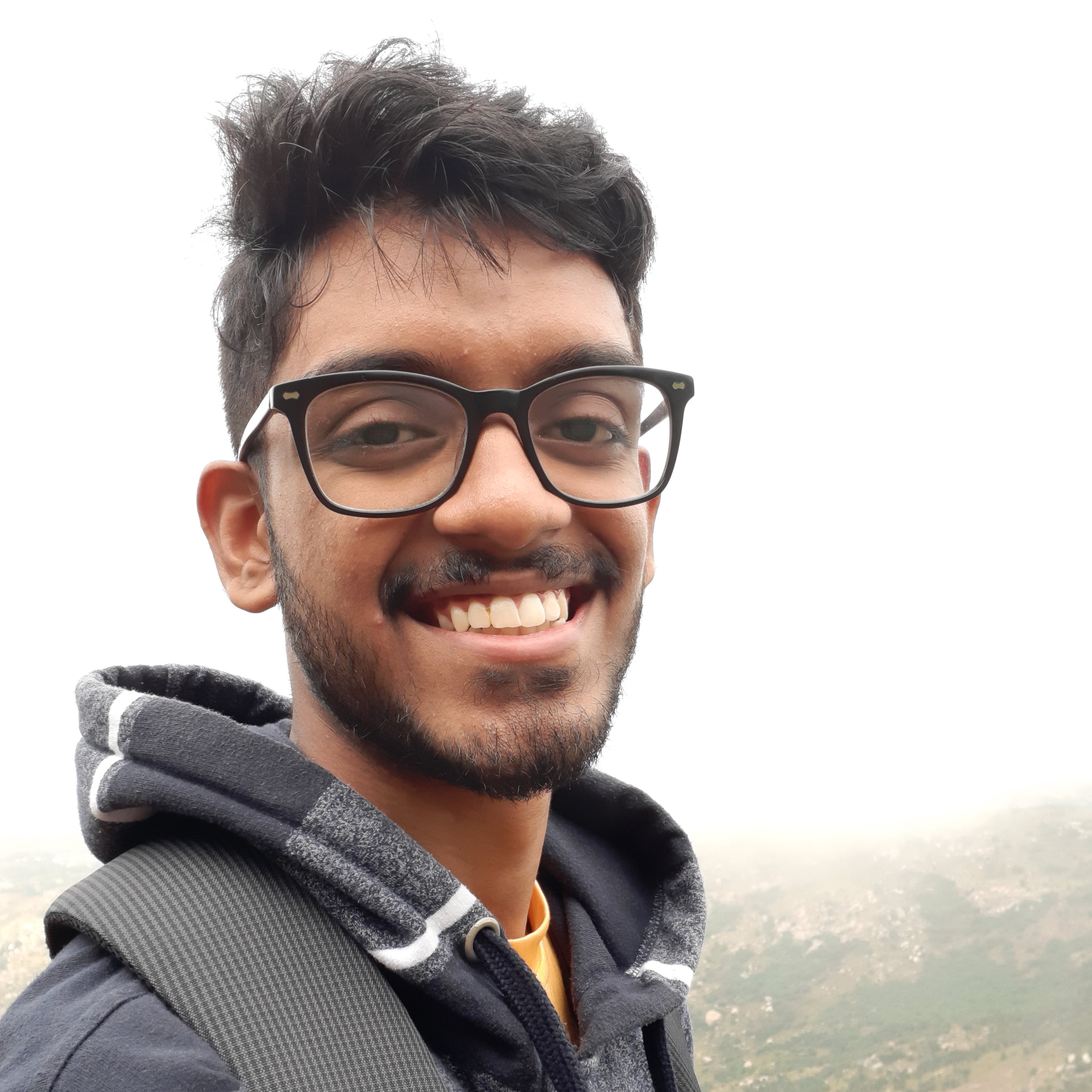