We've all heard about UAVs in our daily lives, haven't we? Do you, however, know what 'AUV' stands for? An autonomous underwater vehicle is a term used to describe a vehicle that can move and navigate underwater independently without the need for human input.

The term “autonomous underwater vehicle” (AUV) also refers to an uncrewed underwater vehicle. AUVs can be used for underwater survey tasks such as identifying and mapping submerged wrecks, rocks, and impediments that could pose a hazard to commercial and recreational vessels’ navigation.

It completes its survey mission without the assistance of an operator. When a mission is finished, the AUV will return to a pre-programmed position to download and process the data. 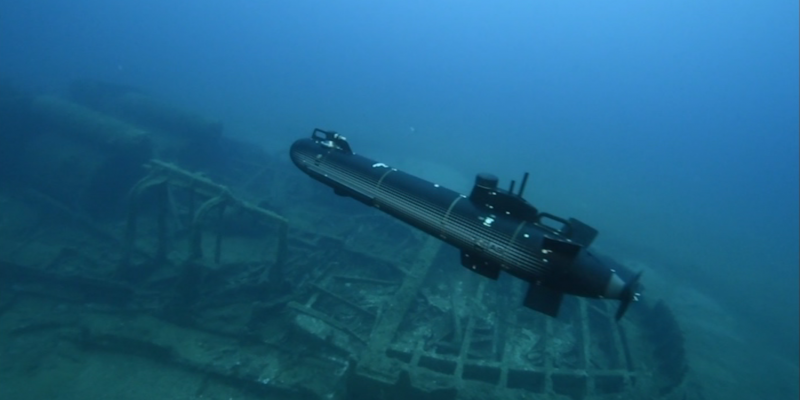 How does an AUV work?

AUVs are surveillance robots that are pre-programmed with mission specifications before being deployed. AUVs can drift, glide, or accelerate themselves through the water depending on their design. Non-propelled AUVs (drifters or gliders) either hover in the water column or glide up and down by changing their buoyancy. When compared to propelled AUVs, these AUVs consume little to no power, are significantly less agile, and are often deployed on missions that last weeks to months. Propelled AUVs may go faster and manoeuvre more easily than non-propelled AUVs, but they have a shorter battery life and are often used for missions lasting many hours to days. There are several other sophisticated battery management systems that allow an AUV to spend more time underwater instead of constantly recharging its batteries. They are also equipped with ultra-capacitors, which provide a significant upgrade to the power system.

AUVs, unlike other robotic systems, cannot use global navigation satellite systems. They use GPS navigation and can only get a GPS signal when on the surface. When it is underwater, it uses its last known GPS position to compute its movement, which is measured by an on-board inertial navigation system that monitors the AUV’s velocity, acceleration, and rotation. This method of navigation is known as “dead reckoning.” Doppler velocity logs may also be used to determine the robot’s speed in relation to the seabed, but only when the robot is not traveling too high from the bottom. A pressure sensor on the vehicle may be used to calculate the AUV’s depth. The AUV may rise to the surface often to acquire a new GPS signal and transmit data, or it may spend the whole voyage below, depending on the mission. These robots are fitted with numerous sensors so as to define their accurate positions. It’s worth noting that the AUV, as a maritime technology, relies on something called the Underwater Acoustic Positioning System, which utilizes the ship’s or naval vessel’s GPS to drive it further into the ocean. New AUVs with improved hovering, extended endurance, extreme depth, or quick response capabilities, as well as the development of new sensors, will broaden the range of geochemical parameters that can be monitored in the future, which might be of interest to marine geoscience. Machine learning is also being used to evaluate the probability of AUV loss as well as how advanced sampling devices are being integrated into autonomous vehicles.

In today’s world, a range of vehicles such as SUVs and ATVs are employed for a number of functions. But, among all of these vehicles, there is none that compares to an AUV in terms of the features it offers. An autonomous underwater vehicle is a significant breakthrough that has occurred in recent years, and it merits suitable acknowledgment and credit.