The living cell can be considered as an extraordinary piece of engineering, where each of the components of the cell work in precise coordination with utmost efficiency. Each cell generates its own energy which it uses to carry out specific tasks, and in the process, produces waste products which are removed from the cell. We are yet to understand the working of DNA and RNA, which are chains of particular bio molecules arranged in a certain order. This preprogrammed nature of life that allows for replication of molecular strands is what grabs the attention of many scientists today, and its true working is yet to be understood. Over millions of years, human ingenuity and creativity has led to the invention of numerous devices that have changed the way we live today. The evolution of man made technology has reached a parallel to the evolution of cells, and a stage has come where their convergence can mutually benefit each other. This is where bionics comes into play.

Bionics is a field of engineering, where mechanical and electronic systems are integrated with biological systems in order to achieve a particular biological advantage. You can think of it as a machine and an organism working together, so that this machine is beneficial to the organism in some way. This field is very rich, and has a lot of scope and application in our world. One such example, is where it can be used to help mentally and physically challenged people by fixing their biological problems using electronic and mechanical means.

Bionics has reached a pretty impressive stage today, where amputees are fitted with bionic prosthetic limbs, and those with certain brain diseases are fitted with brain implants. These are complex systems that mimic a living organ and appear to be one from the brain’s perspective. They allow for basic limb movements, and newer advances have even given a sensation of touch to it. This will involve mechanical systems such as special joints and structures, motors to mimic muscle actions and electronic systems that are used to establish a communication link between the prosthetic and the brain, and allow it to be controlled and coordinated. The device will receive signals from the brain, which will biologically travel through a network of nerves as electrical impulses, and upon reaching the target site, special decoders are used to decode the information stored in the impules and then carry out the desired task.

Developments and study in neuroscience have led to collaborative work between doctors and engineers, wherein problems related to memory loss and organ control have been tackled using special bionic brain implants. A notable example of such an implant is a computer chip that can mimic the working of the hippocampus, which is a part of the brain that deals with short term memory. This is especially useful for people suffering from Alzheimer’s disease where the patient has short term memory loss. Faulty organs can be rectified using bionics, and one of the best examples of such an invention is the pacemaker. Artificial bionic kidneys and pancreas have been created and are currently under clinical trials.

A very important branch of bionics on the nano-scale are nanobots. These are robots whose size ranges between 100nm and 1nm. Nanobots can be considered as machine versions of bacteria and viruses, which help in bringing about changes at the atomic and molecular level and in carrying out breakthroughs in medical science. They are built to work in harsh chemical environments and are usually powered by the chemicals in which they exists or by an on-board battery. It is said that Nanobots will bring in a new age of medical diagnosis and treatment, allowing doctors to carry out medical procedures on a cellular level which has much better efficiency and effectiveness. They can be used for applications such as closing open wounds, causing blood clots, rebuilding ruptured arteries and veins, and traversing through the body for diagnosis of a particular disease.

It must be noted that a cell is an extremely stable unit of life, and any modification of it must be done carefully. Unmonitored use of technology in bionics has the potential of causing more harm than good. However, if allowed to grow on the right path, this field has solutions to majority of the problems that life suffers from today. 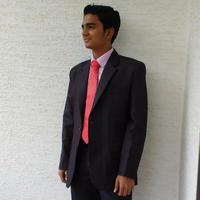