What is biomicry and where do we see it in real life.

What is something that is common between the bullet train , self cooling houses , super strong adhesives and turbine blades?

Well it turns out they are all inspired by nature is profound ways to optimise favourable characteristics and reduce unfavourable one. Yes! All these products have incorporated within themselves ideas inspired from nature to solve tricky problems in our world by a process called as biomimicry . Interested to know more about Biomimicry , stick on.

Biomimicry is a process in which systems , products , designs are modeled based on the /adapted from the nature in order to solve problems in real life. Biomimicry can be of two types - form and process.

Form biomimicry is the copying of the form/shape of some of the efficient shapes in the nature.

For example: the nose shape of the Shinkansen bullet train , the honeycomb structure and so on. Process biomimicry is copying of the process employed by the nature in making processes best suited for a given problem . for example : the communication technique between ants, the transmigration of birds in nature and so on.

A History of Biomimicry

One of the early examples of would-be biomimicry was the study of birds to enable human flight. Although never successful in creating a “flying machine”, Leonardo Da Vinci was a keen observer of the anatomy and flight of birds, and made numerous notes and sketches on his observations as well as sketches of “flying machines”. The Wright Brothers, who succeeded in flying the first heavier-than-air aircraft in 1903, allegedly derived inspiration from observations of pigeons in flight.

The more recent development in the field of biomimicry has taken place in the mid 20th century with Jack E Steele coining the term bionic in the 1960 and described it as “the science of systems which have some function copied from nature, or which represent characteristics of natural systems or their analogues” .

Biomimicry was popularised by scientist and author Janine Benyus in her 1997 book : Biomimicry: Innovation Inspired by Nature .

1.The Shinkansen Bullet train and biomimicry

One of the most successful design from biomimicry has been the design of the shinkansen bullet trains in Japan . Japan is a country which has a very old and developed technical expwertise in the field of bullet trains. But in 1989 the designers of the Sinkansen bullet train were faced with a major problem . The noise that were produced by these trains tavelling at high speeds was defening and could be heard significantly even at distances upto half a kilometer!.

With a high population density in the city areas this became a serious problem for the Shinkansen bullet train authorities. The answer to this problem was finally found out by a designer by the name Eiji Nakatsu who also happened to be a birdwatcher. How did birdwatching help him solve the problem . Well the nose of the engine of the bullet train had to be redesigned in the shape resembling the shape of the beak of a kingfisher bird, which are able to dive into waters to catch their prey without making a splash.

Interestingly this design of the engine incresed the eficiency by upto 20 % by reducing the air drag and reduced the noise produces to under 70 DB considered acceptable in residential areas . 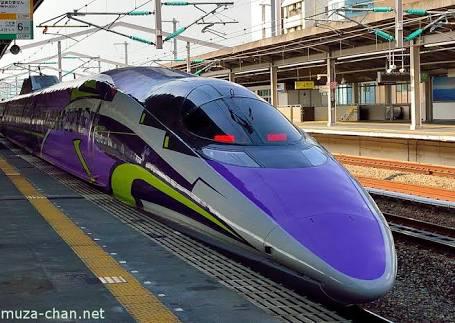 Swiss electrical engineer George de Mestral invented his first touch fastener when, in 1941, he went for a walk in the woods and wondered why Burdock seeds clung to his coat and dog. He discovered it could be turned into something useful. He patented it in 1955 and subsequently refined and developed its practical manufacture until its commercial introduction in the late 1950s.

Self-cleaning surfaces are a class of materials with the inherent ability to remove any debris or bacteria from their surfaces in a variety of ways. The self-cleaning functionality of these surfaces are commonly inspired by natural phenomena observed in lotus leaves , shark skin , gecko feet, and water striders to name a few. All these surfaces have shown exceptional ability to self clean which has inspired many to conduct several researches on it .

SELF COOLING BUILDINGS Global warming is leading to a large scale heat up of our planet , the summers are becoming continuously hotter. People are coming up with better and more efficient cooling technologies.

But at the best our cooling technologies require lot of energy which ultimately comes from burning the fossil fuels which contributes to global warming. This is seen as a major problem in the coming times.Is there a solution to this problem ?

Well, yes and it already exists in Zimbabwe .In 1996 a Zimbabwean architect Mick Pearce constructed the world’s first ever self cooling building - The Eastgate Centre in Harare. The building is inspired from the cooling mechanism in a termite mound . A series of intricate passages and pores across the building ensure that proper ventilation takes place within the building keeping the temperature inside 2-3 degrees lesser than its surroundings. The surface area of the building exposed to the surrounding is increased increasing the heat transfer to the surroundings and highly thermal absorbent materials are used to absorb maximum heat and keep the inside cool . The energy usage by the building is almost 25% lesser than those of other building around .

This is truly an amazing build and a real answer to sustainable architecture all inspired by nature folks! 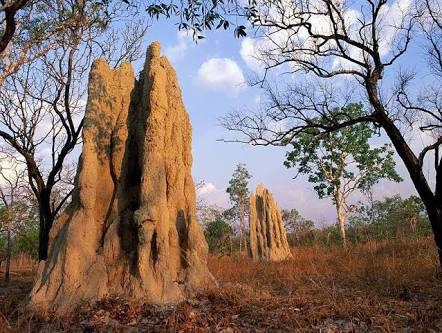 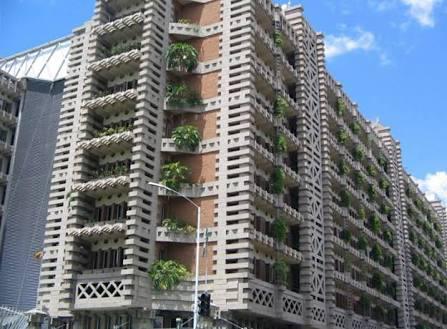 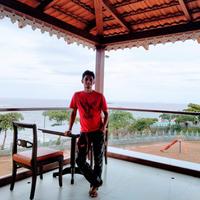