Bionics - The Gap between disability and ability

1.Bionics and its growing relevance The rise of bionics has prompted some interesting questions- Can we trade away our biological body for a repairable one , one that won’t age?. Bionics is defined as the science of connecting biological systems to artificial systems to develop machines that can imitate our biology. As bionic systems and transhuman augmentations exceed human capabilities humanity might soon face an interesting dichotomy - Either remain physically inferior and embody the cherished values of humanism as we know them or to become a superior transhuman with a repairable body that can transcend the decay of aging. If you choose the latter it will involve switching out almost every part of your body with prosthetics that could do the job equally as well. The time to make this decision might be sooner than you think as many of our natural apparatuses are finally becoming replaceable with bionics such as ur hearing, our sight and even some simpler parts of our brain.

There exists a repetition and rhythm in the neural activity, which is distinguished by the frequencies of the brain waves that have several classes such as infra low waves, delta waves , theta waves , alpha waves , beta waves and gamma waves. BCIs(Brain Computer Interfaces) provide ease and comfort by controlling machines through brain signals. They are made by integrating brain signals to arrange brain potentials in a way so that no muscle arbitration is required. The intrusive approach of placing electrodes inside the scalp is cumbersome as compared to the non-invasive approach in which electrodes are placed on the scalp, which is used in many BCI based applications.

In general, BCI systems are divided into four phases

In the first step, data is acquired by an experiment conducted to control the robotic arm using EEG signals. During the experiment, a video instructing to perform clench, rest, and attention by showing mind focusing games are shown to the participants each with a time difference of 10 seconds. The video is played on an LED screen and based on the type of video the subjects are instructed to perform the action as shown for every 10 seconds. A 20-minutes long data recording for EEG signals is performed for each subject. The sampling rate of the acquired signals is 256 Hz and the output of the cognitive software is sent to the ARDUINO UNO board to control the robotic arm.

The EEG signals acquired through a Muse Headband are then modified, filtered, digitized, and processed. Finally, a driving signal is sent to the set of servo motors within the robotic arm to perform an action of picking and placing a bottle.

The acquired EEG data is stored as floating-point values which are directly converted from the unsigned 14-bit analog to digital converter output. These floating-point values cause DC level problem to the signal. For removal of this DC offset it is required to apply DC offset removal. The simplest method for the removal of DC offset is to subtract the average value of the signal from the entire data channel.

For the classification of data, neural networking algorithms are highly efficient. It is difficult to formulate a perfect algorithmic solution that closely matches the human neuronal system Machine learning programs can extract relevant signal in noise presence with low computational complexity and with higher classification accuracy.

3.The Next Step in Human Evolution The next chapter in Human evolution won’t be biological ,but instead , technological. We as a species must strive to transcend disability through technological innovation We shouldn’t view disability as being broken- a human being can never be “broken” technology is broken/inadequate. In conclusion , if we want to trade away our biological body for a mechanical body then bionics would be the key to make this transition possible. We clearly seem to be having the beginnings of what we could call bionic eyes ,bionic skin and bionic ears. It might just be the case that the evolution of technology has come to play a greater role in guiding our species than our DNA has.If we could harness this power we could open up a new chapter in the storybook of humanity.2

Diode Bionics - The Gap between disability and ability 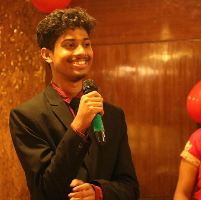