These words, spoken in the World Economic Forum in 2015 by Google’s then Chairman Eric Schmidt, are quickly proving to be true. From smart homes to smart citites, the Internet of Things is everywhere. The number of connected devices has grown by a whopping 31% over the last year. However, all this data is present on a very hackable internet, and this poses an ever increasing security and privacy threat.

While the Internet of Things is taking the tech world by storm, another revolutionary technology has started a new era in the financial world: Blockchain. Bitcoin, one of the first cryptocurriencies, built on a Blockchain platform, made it possible to have peer-to-peer online electronic cash transactions without any intermediaries.

Understanding it through Money Transactions

Historically, when it comes to transacting money or anything of value, people and businesses have relied heavily on intermediaries like banks and governments to ensure trust and certainty in the transaction by various practices like authentication and record-keeping. Because digital assets like money, stocks & intellectual property, are essentially files, they are incredibly easy to reproduce. This creates what’s known as the double spending problem (the act of spending the same unit of value more than once) which until now has prevented the peer to peer transfer of digital assets. This is where blockchain comes into picture.

Simply put, a blockchain is a type of distributed ledger or decentralized database that keeps continuously updated digital records of who owns what. Rather than having a central administrator like a traditional database a distributed ledger has a network of replicated databases, synchronized via the internet and visible to anyone within the network.

When a digital transaction is carried out, it is grouped together in a cryptographically protected block with other transactions that have occurred in the last 10 minutes and sent out to the entire network. Miners (computers in the network with high levels of computing power) then compete to validate the transactions by solving complex coded problems.The first miner to solve the problems and validate the block receives a reward. (In the Bitcoin Blockchain network, for example, a miner would receive Bitcoins).

The validated block of transactions is then timestamped and added to a chain in a linear, chronological order. New blocks of validated transactions are linked to older blocks, making a chain of blocks that show every transaction made in the history of that blockchain.The entire chain is continually updated so that every ledger in the network is the same, giving each member the ability to prove who owns what at any given time.

This brings unprecedented security benefits. Hacking attacks that commonly impact large centralized intermediaries like banks would be virtually impossible to pull off on the blockchain. For example — if someone wanted to hack into a particular block in a blockchain, a hacker would not only need to hack into that specific block, but all of the proceeding blocks going back the entire history of that blockchain. And they would need to do it on every ledger in the network, which could be millions, simultaneously.

A Marriage of the Titans: Blockchain and IoT

Using blockchain to increase the reliabilty and security of Internet of Things is going to be the next big thing in the industry. Consider tech giants like Google or Amazon. They have the resources to employ teams of security analysts whose job is to detect flaws in their softwares before any malicious third party does. Thier software is updates through regular security patches. Not let us imagine a company providing a city-wide webcam surveillance service. Unlike tech giants like Google, or Amazon, this company does not have the resources to provide such security. The ability to prevent future cyberattacks like that depends on creating a way companies like this can quickly, easily and cheaply issue software updates to customers when flaws are discovered.

Also there is the issue of connectivity. IoT devices need to be connected to the network to function. If your Amazon Echo goes offline for a while, there is no real issue. But say a medical Bot goes offline, or starts installing an update in the middle of a surgery, there’s going to be a problem.

A blockchain solution would be available for device makers to use in place of creating their own software update infrastructure the way the tech giants have. These smaller companies would have to program their products to check in with a blockchain system periodically to see if there was new software. Then they would securely upload their updates as they developed them. Each device would have a strong cryptographic identity, to ensure the manufacturer is communicating with the right device. As a result, device makers and their customers would know the equipment would efficiently keep its security up to date. Also, even if connectivity is lost in one area, other areas are still connected to the internet.

Many companies are now investing in a Blockchain-IoT future. IoT desperately needs the blockchain’s features while the blockchain is hungry for the big-time opportunity that IoT represents. Together, it seems like this is going to be the next big thing. 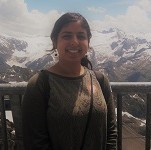 Your strongest muscle and your worst enemy is your mind. Train it well.