Who doesn't want to live on another planet?

The colonization of Mars has been a popular theme of discussion over the past few decades. Whether it's in the spirit of exploration, expansion of human settlement or mining for additional resources, the idea of inhabiting another planet has allured us.

This is also evident in how often the idea of colonizing Mars appears in fiction and pop culture: from "The Martian Chronicles" by Ray Bradbury to "The Martian" by Andy Weir, the prospect of humans inhabiting the red planet has been explored from the perspectives of fantasy to science.

Keeping aside the political and ethical challenges that are intrinsic to such a monumental project, how are scientists and engineers all around the world planning to accomplish the colonization of Mars?

How living on Mars will be different: The Challenges

The most fundamental obstacle to living on Mars is its conditions, which are vastly different to that of Earth's (and not in a good way).

There are some silver linings: The Good Stuff

Equipped with all this information, how would the Martian explorers potentially carry out their mission?

The best places to colonize on the planet are underground - Mars has large caverns under its surface that provide the best protection from the harmful radiation that the planet's surface is exposed to.

Other locations worth considering are the poles, which contain the ice deposits built up over millennia. To counter the exposure to deadly radiation, protective habs must be built, which is essentially a dome built with polyethylene fibers. Here is where the Martian scientists' ingenuity comes into play: using the Martian soil itself to create a layer over the hab to provide further protection from harmful UV rays.

Without oxygen, the people that touch down on the Martian surface would have just enough time to admire its beautiful red landscape. Then, they would die. Oxygen is the elixir of life, so it's absolutely essential that future Mars explorers have plenty of oxygen to breathe.

NASA has developed MOXIE (Mars OXygen In situ resource utilization Experiment) which splits up carbon dioxide (which is relatively abundant in the Martian atmosphere) into molecular oxygen through a process called solid oxide electrolysis.

How do we harness the precious water present underneath Mars's surface to make it potable? A tried and tested method has been to take a substantial amount of Martian soil and bake it in an 'oven', essentially targeting it with microwave beams that vaporizes the water from the soil, which can be condensed elsewhere.

Constantly shipping food from Earth to the Martian citizens is not an option: it's too expensive and risky. So, growing food on Mars is imperative. Providing supplements and removing some of the harsher chemicals from Martian soil should render it possible for vegetation.

Another viable option is the hydroponic farming, which is the method of growing plants without soil by instead using mineral nutrient solutions in a water solvent.

These are just the solutions to a few of the innumerable problems that Mars explorers and scientists will face, some of which haven't even been thought of yet. There exist the unanswered questions about consequences of the Martian low gravity and pressure on the human body. How will being on another planet affect their psychologies? We don't have the answers yet.

Nevertheless, after the revolutionary Apollo Moon Landing of 1969, this is the most ambitious project undertaken by humans in the field of space exploration. Success of such a mission will provide answers to many important questions in science, opens up new possibilities in virtually every realm of human life and establishes us as an interplanetary species.

Piston Who doesn't want to live on another planet? 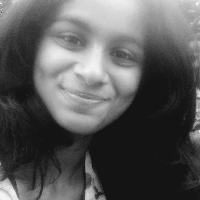