The world around us is fast changing. Soon most of the machines will work on Compliant Mechanisms. Never heard of it eh? Come lets see what this revolutionary technique is and what scope does it have in powering future machines.

What is a Mechanism?

A mechanism is a mechanical device used to transfer or transform motion, force, or energy. Traditional rigid-body mechanisms consist of rigid links connected at movable joints. Whatever machines you see in your day to day life has some underlying mechanisms that govern its motion to produce the desired output. For example A NUT CRACKER works on the principle of MECHANICAL ADVANTAGE based on LEVER MECHANISM. This mechanism transfers energy from the input to the output.

Since energy is conserved between the input and output (neglecting friction losses), the output force may be much larger than the input force, but the output displacement is much smaller than the input displacement. As mentioned earlier these mechanisms involve relative motion of rigid bodies often at very high speeds which various problems like Frictional Losses, Non Linear behavior, Non uniform Heat dissipation, etc. Thus modern day scientists are working on mechanisms that more or less achieve the same motion and force transfer with the help of flexible links and linkless joints.

These 2 terms have tremendous significance when its comes to the emerging and exciting field of COMPLIANT MECHANISMS. So lets see what these wonders are and what are they capable of.

Compliant mechanisms rely upon elastic deformation to perform their function of transmitting and/or transforming motion and force. From an overall perspective that considers performance, manufacturability, economy of material, scalability to micro and Nano sizes, adaptability to smart actuations and embedded sensors, resistance to wear, etc., compliant mechanisms are preferable over rigid body mechanisms.

Currently available design techniques for compliant mechanisms can be grouped broadly into the following three categories based on the methods used as well as the type of mechanisms created using them.

Flexural pivot-based designs use narrow sections connecting relatively rigid segments. Thus, compliance is lumped to a few portions of the mechanism. They are usually of monolithic construction. They can be systematically designed either by starting from an available rigid-body linkage or an intuitively conceived linkage. So in this type mainly the joints are flexible which connects rigid links with each other. The biggest problem faced in this type is the force and momentum transfer is very limited. Compliant mechanisms of this type are often restricted to a small range of motion. Their applications are in precision instrumentation and many consumer products.

Flexible beam-based compliant designs extend the range of motion because the slender beam-like segments are designed to undergo large deformations. These are not always of monolithic construction, as they may have some rigid segments and kinematic joints. Thus, they are sometimes partially compliant. Unlike in flexural pivot- based designs, the compliance is distributed in flexible beam-based designs.

The first step in the design of a compliant mechanism is to establish a kinematicaly functional design that generates the desired output motion when subjected to prescribed input forces. This is called topological synthesis. Although the size and shape of individual elements can be optimized to a certain extent in this stage, local constraints such as stress and buckling constraints cannot be imposed while the topology is being determined. Once a feasible topology is established, performance constraints can be imposed during the following stage in which size and shape optimization are performed.

Topology synthesis—which involves generation of a functional design in the form of a feasible topology starting from input/output force/motion specifications,

There are a number of reasons why a compliant mechanism may be considered for use in a particular application.

One advantage of compliant mechanisms is the potential for a dramatic reduction in the total number of parts required to accomplish a specified task.

Some mechanisms may be manufactured from an injection-moldable material and constructed of one piece. For example, consider the fully compliant crimping mechanism shown in the figure below, along with its pseudo- rigid-body model. Due to symmetry, only half the mechanism is shown. The number of components required for the compliant mechanism are considerably less than for the rigid mechanism. The reduction in part count may simplify manufacturing and reduce manufacturing and assembly time and cost.

Perhaps the largest challenge is the relative difficulty in analyzing and designing compliant mechanisms. Knowledge of mechanism analysis methods and the deflection of flexible members is required. The combination of the two bodies of knowledge in compliant mechanisms requires not only an understanding of both, but also an understanding of the interactions of the two in a complex system. Since many of the flexible members undergo large deflections, linearized beam equations are no longer valid. Nonlinear equations must be used that account for the geometric nonlinearities caused by large deflections.

I believe the field of Complaint Mechanisms is still in its nascent stage and lots of research and quality work needs to be done regarding the fabrication of proper materials and design of flexible linkages. On the brighter side some of the greatest and brightest minds of the country are working on this field to expand its applications.

Dr. G K Ananthasuresh from IISc Bangalore and Dr. Anupam Saxena from IIT Kanpur are among those few who have contributed quite a lot towards this field. I consider myself lucky to have got the opportunity to meet both of them personally here in NITK when they visited our college last semester for a 2 Day workshop on Kinematics and Mechanism conducted by Dr. Somasekhar Rao sir.

Below are the links to the references. Thank You 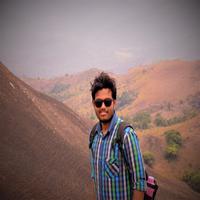