Concorde: Why did it fail?

Concorde: Why did it fail?

From January 21st, 1976 to October 24, 2003, we had a commercial supersonic passenger service, called the Concorde, that would bring people from London to New York in just 3.5 hours, a journey that now takes about seven. Alongside the Tupolev Tu 144, Concorde was an aircraft that could brag about its supersonic speed, at a time when other jets could only manage speeds of about 800kmph.

Over the years, Concorde came to represent class and style among the elite class in England, France and the United States. With tickets costing up to 6 times the average cost of today's airfare, flights were usually jampacked with 120 members of the elite class, who enjoyed an extensive 2.5-hour French meal during the flight.

The Concorde was a sight to marvel amongst all aviation enthusiasts, featuring ogival delta wings with four Olympus engines; Concorde flew at a record speed of Mach 2, twice the speed of sound. It was the only commercial aircraft that carried passengers at supersonic speeds, at a time when long distance travel was both expensive and difficult.

Then, on October 24th, 2003, British airways flew Concorde for the last time. For 27 long years, passengers had access to a means of super sonic transport, and then suddenly, we stopped.

The main reason for the retirement of Concorde came on July 2000, when an Air France operated Concorde suffered a fatal crash just after take-off. The crash took 113 lives, including all of the passengers and crew and four people on ground. It was the only fatal crash involving Concorde.

According to the official investigation conducted by the Bureau d'Enquêtes et d'Analyses pour la Sécurité de l'Aviation Civile (BEA), the crash was caused by a metallic strip that had fallen from a Continental Airlines flight that had taken off minutes earlier. The metal strip punctured a tire on the Concorde's main wheel, causing the wheel to explode, puncturing the fuel tank in consequence. The resulting fire forced the crew to shut down the engine 2, and with engine 1 providing only little power, the aircraft was not able to gain altitude or speed. After a rapid pitch up, the aircraft suddenly descended and crashed at Hôtelissimo Les Relais Bleus Hotel in Gonesse.

Following this incident, Concorde was grounded for a year. Service resumed in September 2001, by which time the 9/11 attacks had already depressed the industry.

While both tragedies did contribute to the ultimate grounding in 2003, they were only a couple of pieces of the ultimate challenge the aircraft faced.

High levels of noise during take off were one thing, but the sonic booms had no comparison. During test runs, residents complained of broken windows and extremely high noise disturbances. All this meant limiting supersonic flights to over the ocean, which crushed the American dream of Concorde.

Concorde guzzled a lot of fuel, as it was always soaring higher and higher, going faster and faster. Fuel requirements limited the flights to trans-Atlantic flights, meaning there would be no trans pacific flights. They also guzzled enough fuel that slight changes in fuel prices would affect Concorde harder than others. fitting only 120 passengers at max capacity, this meant the prices had to be exorbitant. It couldn't compete with the cost distribution of high capacity flights like the Airbus A340 that could carry way more passengers for a lower cost. Concorde also needed specially trained crew members, and the maintenance cost was extravagant.

And all this came for a very demanding crowd. Air France and British Airways had to position spare Concordes in New York in case the returning flight had some problems. So, there were always a Concorde on ground, not making any money, just in case. Because Concorde passengers expected to get walk onto a Concorde, for they had paid a lot of money.

All these reasons, combined with minimal support from the aircraft manufacturers led to the ultimate downfall of the Concorde. The beast that once rose through the skies now sits idle at the many museums around the world. The story of Concorde tells us that no matter how innovative, jaw dropping, or inspiring a business model is, without proper supply systems, political resolves and a plan to expand, it won't sustain unless it makes money. People may not like that idea, but it is a fact of life.

Piston Concorde: Why did it fail? 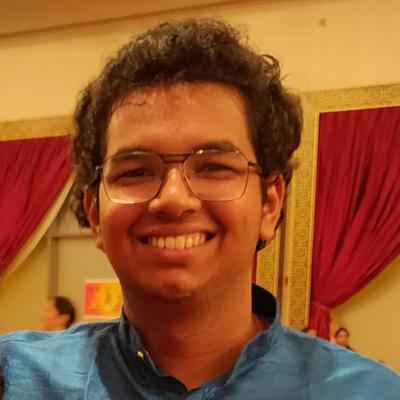