ConvNets: What, Why and How? 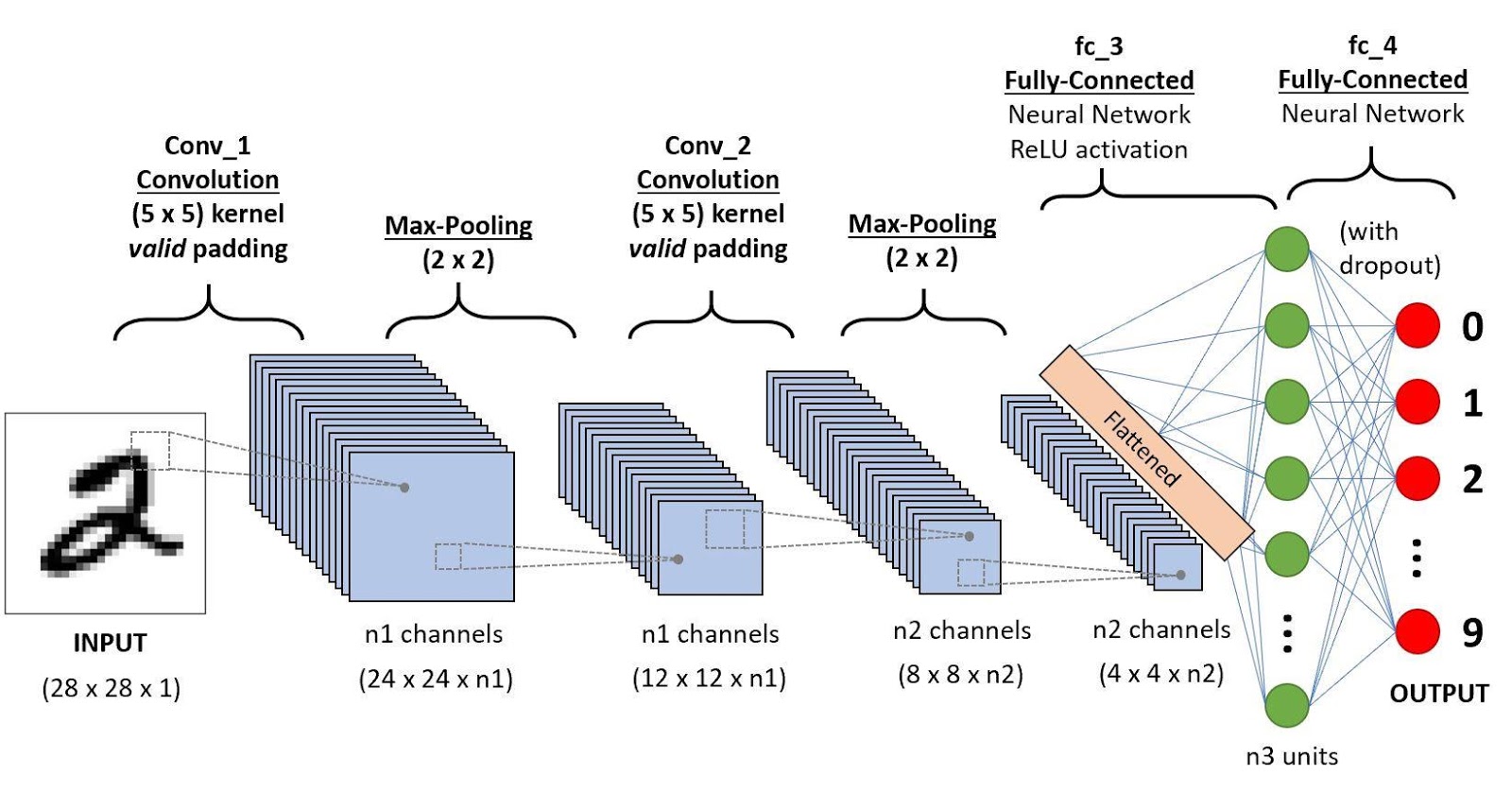 A Convolutional Neural Network is a Deep Learning algorithm which can take an input image, assign learnable weights to various aspects/objects in the image and be able to differentiate one from the other.

But why ConvNets over traditional neural networks?

If you trained a network to detect dogs, you'd want it to be able to a detect a dog regardless of where it appears in the image. Imagine training a network that works well on a certain dog image, but then feeding it a slightly shifted version of the same image. The dog would not activate the same neurons, so the network would react completely differently! Moreover, objects in images are made up of small, localized features, like the circular iris of an eye or the square corner of a piece of paper. It seems wasteful for every node in the first hidden layer to look at every pixel.

So let's look at the architecture of a CNN model. It typically comprises of three types of layers

In the convolutional layer, the weight kernel moves to the right with a certain stride value till it parses the complete width. Moving on, it hops down to the beginning (left) of the image with the same stride value and repeats the process until the entire image is traversed.

Conventionally, the first convolutional layer is responsible for capturing the low-level features such as edges, colour, gradient orientation, etc. With added layers, the architecture adapts to the high-level features as well, giving us a network which has the wholesome understanding of images in the dataset, similar to how we would.

To capture features in the borders, the images are typically augmented with zeros along the four edges. This is known as zero padding. 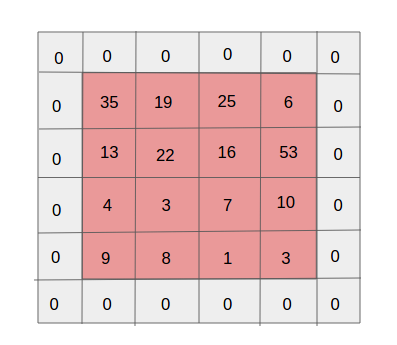 Just like convolutions, pooling is done to reduce the dimensions of the feature map in order to decrease the computational power required to process the data. The pooled values are further passed into the activation function (sigmoid, ReLU etc.) and input to the next layer. 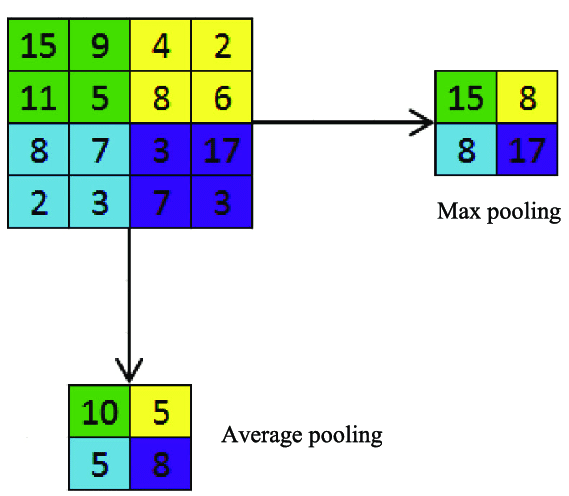 After going through the above processes in multiple layers, the model is able to understand features of various complexity from the training data. Finally, we flatten the final output and feed it to a regular Neural Network for classification. 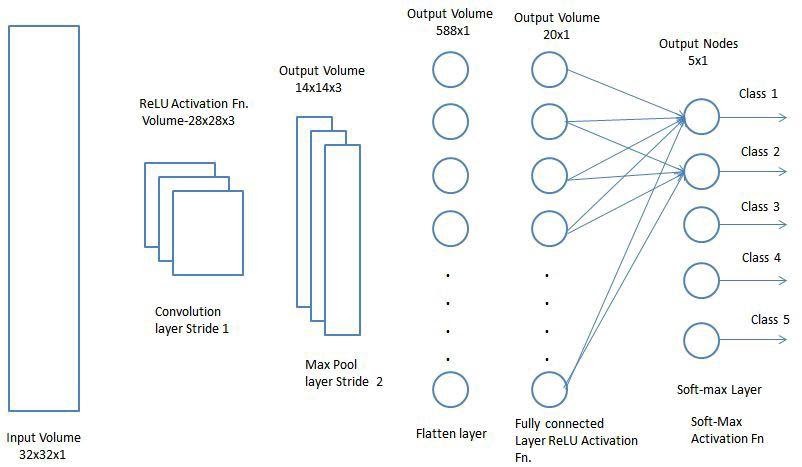 The overall training process can be summarised as follows:

Now, let's visualize the layers of a ConvNet. Consider the following model taken from one of the sources mentioned below: 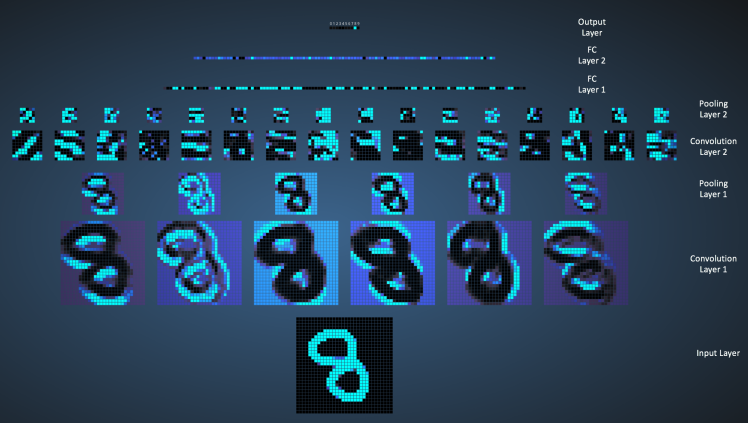 The input image contains 1024 pixels (32 x 32 image) and the first Convolution layer (Convolution Layer 1) is formed by convolution of six unique 5 × 5 filters with stride 1 on the input image.

Convolutional Layer 1 is followed by Pooling Layer 1 that does 2 × 2 max pooling with stride 2 separately over the six feature maps in Convolution Layer 1.

Finally, we have the fully connected layers as follows

3)10 neurons in the third and final fully connected layer. This is the output layer. Note that the pixel corresponding to the digit 8 is the brightest which means the model classifies the hand written digit as 8 with highest probability.

Here are some popular CNN Architectures: 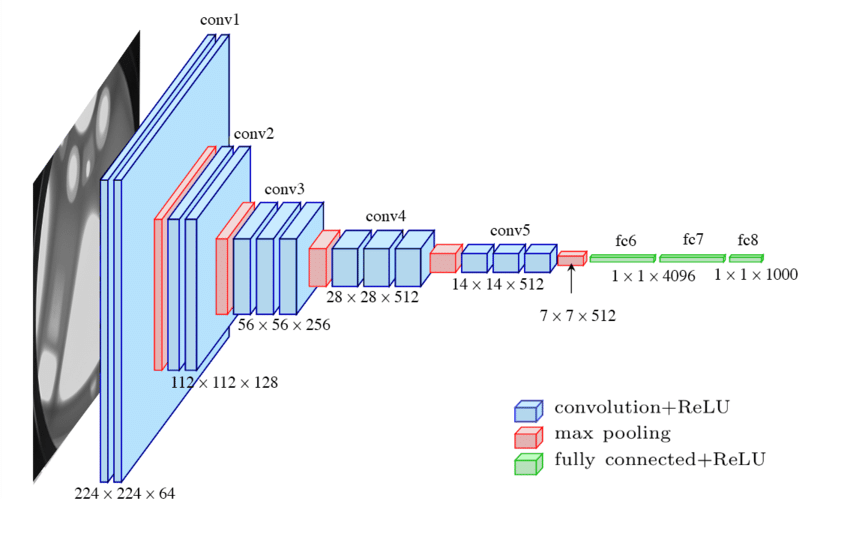 ConvNets are a trending topic today in both, academia as well as industry. They are used for a plethora of tasks like object detection and recognition, semantic segmentation, medical imaging and many more.

In this blog, I have tried to explain the fundamental concepts of convolutional neural networks with substantial simplicity. We have seen the types of layers used in ConvNets, some popular CNN architectures and visualized different layers from a model. Hope it was informative!

Diode ConvNets: What, Why and How?