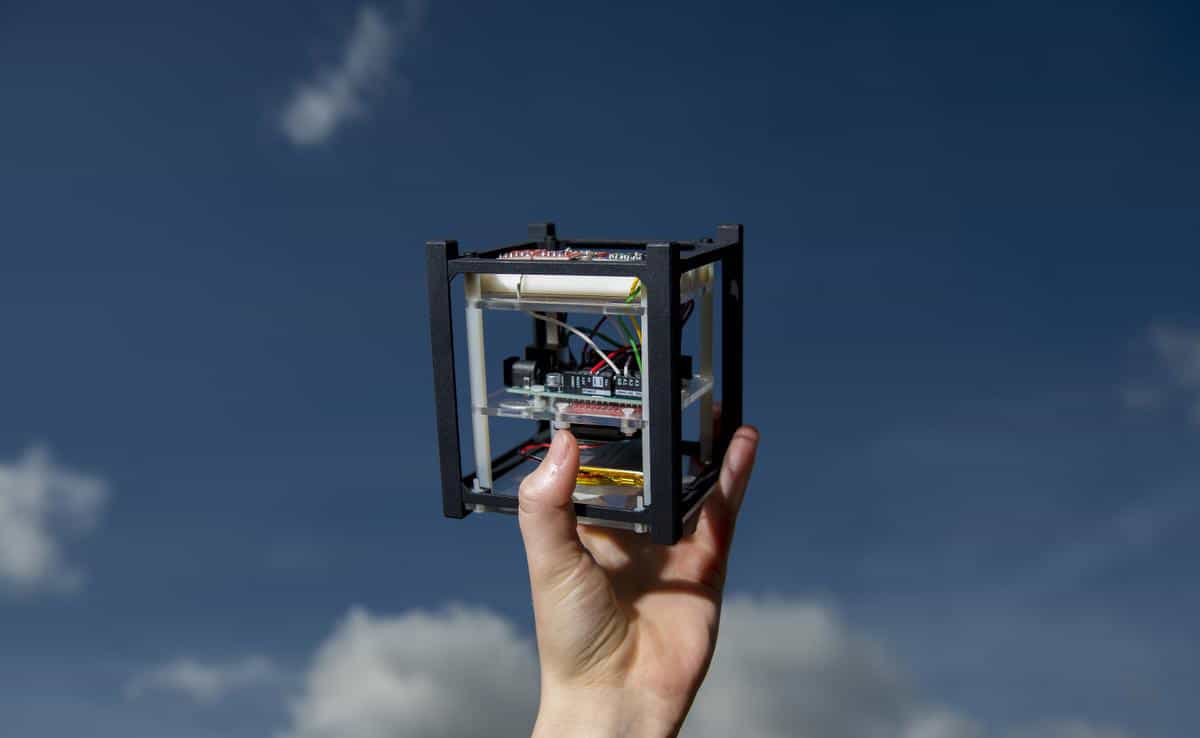 Let’s start off with what “CubeSats” are, and how they are different from other small satellites. Any satellite that weighs less than 300 kg is called a small satellite, but a CubeSat must adhere to more specific size, shape, and weight. The aim of CubeSats is to reduce design and deployment costs and make satellites more affordable for students, commercial bodies or space agencies to work with. You might have come across a bunch of high schoolers on the news making a lightweight, cheap and workable satellite. If these satellites happen to measure 10cm x 10cm x 11cm and weigh 1.33 kg, this would be a 1U CubeSat. Where U is the standard CubeSat unit, CubeSats may be 1.5U, 2U, 3U, etc.

CubeSats have various applications. They are useful for education and research, conducting experiments and demonstrations in space, climate monitoring and disaster response, connectivity for IoT, communications, earth monitoring, etc. NASA launched a CubeSat as part of its CAPSTONE mission in 2020 to test the planned orbit for the Lunar Gateway, a space station that would orbit the moon. The images sent by ISRO’s Cartosat-2 series satellite will be useful for more accurate cartography and land mapping, coastal land regulation, road monitoring, water distribution, etc. QuakeSat by Quakefinder California helps scientists improve earthquake detection. NASA’s GeneSat 1 is conducting bizarre biology experiments in outer space to study the genetic changes that occur on exposure to the space environment. Beyond helping space enthusiasts take their first step into rocket science, CubeSats have wide and varied applications.

Let’s have a brief look at what makes up a CubeSat. A CubeSat consists of many subsystems such as (a) flight computer, (b) electrical power system, (c) altitude control, (d) sensors, (e) radio and other components of choice, and (f) the structure. 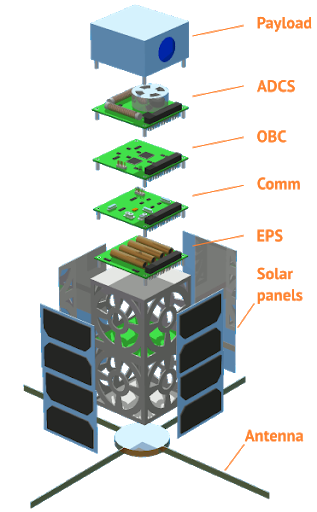 Before looking into what these systems are and how they work, it is imperative to know – what do you want your CubeSat to do? Statistics show that it takes months just to develop your concept.

After you are done with planning, how you build your satellite ultimately depends on your budget. While cheaper than other satellites, they are still not exactly affordable for an ordinary college kid to make. A CubeSat kit costs 11,000 USD ignoring payload and launch costs!

With some research, you will find that a basic CubeSat would have a computer unit containing the memory, and the command centre. It can also have components such as an internal temperature monitor, real-time clock for time keeping, etc.

The power system uses solar battery and would require you to know your “power budget”, i.e., how much power the various components on your avionics board consumes, and thus calculate how much minimum power is required to get your CubeSat running.

The altitude control system is responsible for the stable orientation of the CubeSat in its orbit, generally consisting of magnetic field and torque controllers.

Sensors like gyroscope, magnetometer, temperature sensors, etc. can be used to retrieve data about the environment. Depending on what you want your CubeSat to do, you could add on a multitude of other more specific sensors.

A radio system is required for communication purposes, connecting the CubeSat through a communication satellite to a ground station. A GPS to track its current location and time can also be added.

CubeSats, despite being continuously studied and improved upon for nearly three decades since their first development in the 1990s, with nearly 2000 launched as of 2020, there is still tremendous scope for research. CubeSats are essential, not just for remote sensing, but also for emerging communications technology, internet of space things, and various other applications.