Why change the gear when there is CVT which does it for you without any jerks?

A Continuously variable transmission is a type of power transmission which be called as an efficient replacement for a conventional automobile gearbox with a gearshift. A CVT is a system of belt and pulleys which is used to achieve infinite gear ratios between the 2 transmission shafts. The CVT consists of 2 pulleys – the primary and the secondary. Both the pulleys have one movable sheave and one stationary sheave. A belt (V shaped) goes over these pulleys. The angle of the V belt is equal to the angle between the facing sides of movable and stationary sheave of the pulley. The movable sheave makes the belt to slide up or down in the pulley as it moves towards and away from the stationary sheave. This is how infinite gear ratios are achieved in a CVT. But the main reason why a CVT is used is because, after a certain speed is achieved , the rpm of the engine remains constant irrespective of the increase in the speed of the vehicle as the throttle is held open. 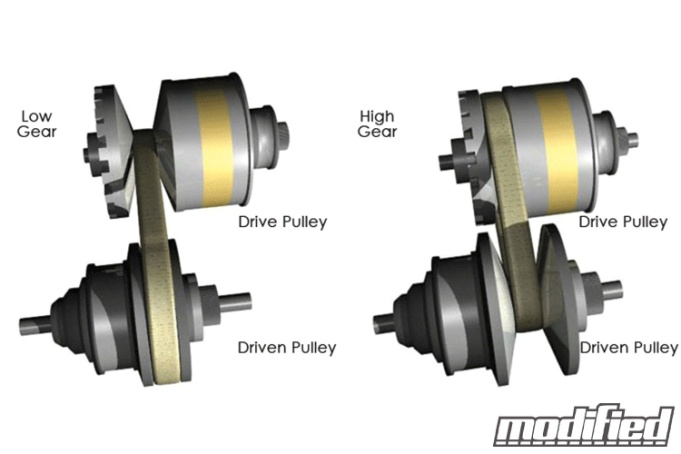 Explanation of the working through graph analysis

The below image shows the graph of working of a manual transmission system . After the max rpm is reached in 1st gear, there is a grilling sound which is an indication to change the gear. When the gear is shifted to 2nd , the rpm comes down due to the inertial effect of the increased load from the higher gear. This is due to the substantial difference in gear ratio between 1st and 2nd gear. Further, the transmission runs in the 2nd gear and while shifting to 3rd gear, the engine rpm comes down again. 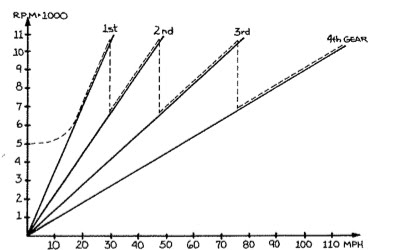 But consider a transmission which has infinite gear ratios in which there is an infinitesimal difference between 2 gear ratios. So, while shifting the gear, the dip in engine rpm is very small which is why it can be assumed that the rpm remains constant.

The job of a CVT tuner is to set the constant working engine rpm to be equal to the rpm at which maximum torque or maximum power is attained, according to our requirement. For this, we have a set of springs and flyweights, the right combination of which will lead us to the desired working rpm.

Use of Springs and Flyweights

At zero rpm, the belt rests lowest in the primary and highest in secondary pulley. The primary pulley has a set of pressure springs and flyweights. The pressure spring force keeps the movable sheave away from the stationary sheave. The flyweights are pivoted at one end in the movable sheave of the primary pulley. When the rpm increases, the centrifugal force(mw2r)on the flyweight increases which make them open out radially. While this happens, it presses against the pressure spring. When it has sufficient amount of centrifugal force, it will suppress the pressure spring and thus, the movable sheave moves towards the stationary sheave raising the belt higher in the primary pulley. This is known as primary pulley engagement. The secondary pulley too, has a torque spring whose inertial force has to be overcome in order to engage the secondary pulley. This engagement happens when the tension in the belt is sufficient to suppress the torque spring in the secondary. When both sheaves are engaged , the belt rises in the primary and comes down in the secondary(as belt length remains constant).So, a new higher gear ratio is obtained at every instant which increases the load at every instant and thus, keeps the engine rpm constant while the output vehicle speed increases.

Importance of modeling a CVT

Mathematical modeling and design optimization of the working of the CVT is very important in order to achieve a good efficiency of power transmission. It also reduces time as it prevents the iterative tests to be conducted to achieve best performance. Here, the objective function is chosen as the 0ptimization of power/torque which is governed by variables such as spring constants (k), flyweights(w) , rpm and constraints like friction. The governing equations of CVT can also be input in a simulation software in order to check the results ,and from the results obtained ,new inputs which are closer to the required values can be simulated and so on a loop can be created which finally converges to the desired value. 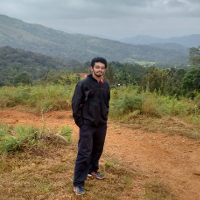 Amazed by the power of knowledge which increases aesthetic value