Exploring the world of 3D transistors which extends Moores law.

Hello folks, today I’m going to discuss in detail about FinFET technology. The demand for smartphones and tablets with better performance and longer battery life has been driving the industry to come up with chips that are faster, smaller and use less power. To remain on this treadmill known as Moore’s Law, chipmakers have in recent years relied on a series of technological breakthroughs, most recently 3-D transistors known as FinFETs.

The FinFET technology promises to provide the deliver superior levels of scalability needed to ensure that the current progress with increased levels of integration within integrated circuits can be maintained.FinFET technology has recently seen a major increase in adoption for use within integrated circuits.This type of FET gained its name from Profs. Chenming Hu, Tsu-Jae King-Liu and Jeffrey Bokor at the University of California, Berkeley who were the first to coin the term as a result of the shape of the structure.

Intel and Samsung are betting billions of dollars on FinFET technology because it is power efficient and delivers superior processing power. Intel has been using FinFET technology since 2011. It had produced 22nm Ivy Bridge processor for the first time based on this technology means FinFET isn’t the brand new technology for Chipset makers, but it did take lot of time to hit the mobile SoC industry. Mobile chipmakers are now trying to tape out the FinFET based SoCs for their high-end mobiles.

What is FinFET technology?

The FinFET technology is a technological breakthrough in recent years. It redefined the entire chipset industry with newly implemented 3D transistors. What is 3D transistor? The traditional planar transistors contain Source and Drain parts, which separated by High K-Dielectric surface. The entire power flow goes through Dielectric surface gate only. The 3D transistor drain part raised like Fin structure in FinFET transistors, so these transistors are called FinFETs. Usually, this kind of protruding parts will allow power to pass through all three parts at the same time. Also, it will allow multiple transistors to share a common gate and common contacts so the ultimate power supply consumption will significantly be reduced. In simple words, FinFET technology will allow chipset makers to build ultra-powerful processors, which only take a little power when compared to traditional planar transistors.

Why is it so revolutionary?

The traditional transistor takes significantly higher amount of power so the entire chipset will consume a greater amount of power because a chipset contains billions of transistors. Due to this high power consumption, the sustainability of the processor will decrease along with heat increase, which chipset makers don’t like. Talking about FinFET transistors, as we said, these will use standard drain and contacts so it takes less power and expose less heat so the processor performance won’t fall like the traditional chip. In the meantime, the processor can deliver superior returns. This is the main reason; all the chip makers are interested in FinFET technology. There is another important reason that is, FinFET transistors will take a lot less power at the stand-by time. For example, consider the Intel desktop processor, which fabricated at 22nm, assume it usually takes the 1.0V at X amount of clock speed. Compare the same configuration with FinFET technology-based processor, this new technology will only consume 0.7v means we see around 37% decrease in power at same speeds. These two key reasons are ultimately pushing all chipset makers toward this new technology.

To summarize, you may have got some knowledge about what is FinFET and how it works? And Why it is so important ?. These FinFET transistors are going to drive billions of devices in coming years. We will see more processor in future using this technology, and more chip makers are trying to deploy their chips with FinFETs including Samsung, Qualcomm, Intel.

You can visit following pages for more information:

Diode All about FinFETS 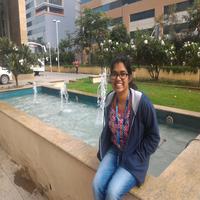 Yet to learn a lot!