Ever wondered if you could control objects with a cool play of hands or develop a game based on gestures just like in the movie Ra.One?

Have You Ever Wondered, what if, just like that, with one cool move you too could control and move objects around you; OR Maybe develop a gesture-controlled game like in the movie Ra. One? Well, here I have tried to design and build a mini version of it; a Robot controlled by hand gestures.

But first up, what exactly is a Gesture Controlled Robot?

A Robot which detects any movement(gesture) and functions depending upon these signals is a Gesture Controlled Robot. They can use different technologies viz. accelerometer-based sensing (wired or wireless) or image processing.

Here we will implement an accelerometer-based, wireless gesture-controlled robot.

What you need to have.

How does it work and recognize the gestures?

The brain of this robot is the Arduino Uno (Atmega32) which is fed with a set of code. The gestures/motion made by hand are detected by an acceleration measuring device, called accelerometer (ADXL335).

The accelerometer reads the X Y Z coordinates when we make gestures by hand and sends them to the Arduino. The Arduino checks the values of coordinates and sends a 4-bit code to the Encoder IC. The Encoder passes the data to an RF transmitter and the transmitted data is received by an RF receiver. The receiver sends the 4-bit code to the Decoder IC which then passes it to a Motor Driver IC. It later takes the decision to turn the two motors in the required direction.

What is an Accelerometer? 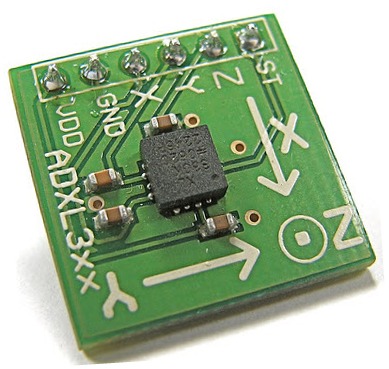 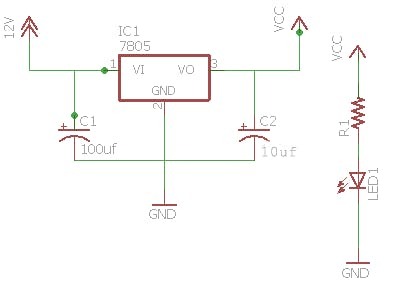 You can see the circuit diagram for the receiver power supply on the right. Using this diagram, rig up the supply circuit. You can also add an LED via a 1K resistor to indicate the state of power supply. 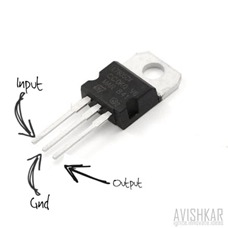 Let’s Move Ahead to make the Transmitter (Remote)

The RF TX module works with 433MHz frequency and is easily available in the market at low cost.

Wire it up as per the below circuit diagram: 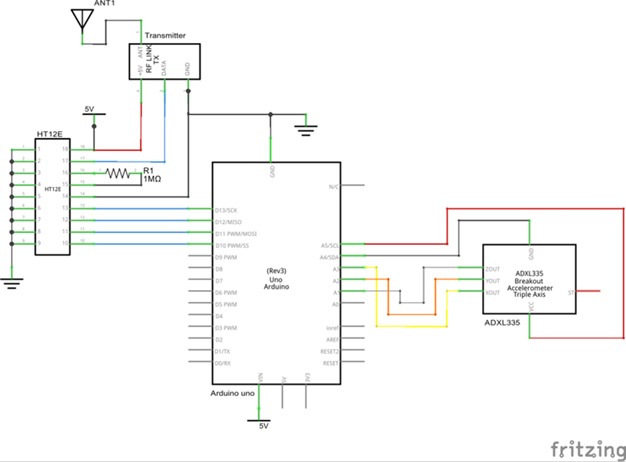 Code the Arduino to make it function like how you want it to.

The motor driver is a device which gives the movement to do a task like a motor. So, we require motor driver to run them through the controller. The interface between motor & microcontroller can be done using an L293D motor driver IC in this circuit.

Wire the circuit as per the above receiver schematic. There are 2 LED’s in the receiver board; one lights up when the power supply is given to the receiver and the other when power supply is given to the transmitter. The LED near the IC HT12D should light up when power is given at the transmitter, thus ensuring a valid transmission (VT). If it doesn’t, then there is something wrong with your connections or your RF-TX-RX module. 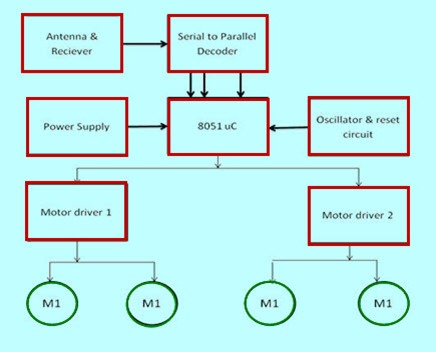 -You can refer to the previous blog - How to get started with bots by -Tarun Mittal (dated June 1st ,2017) to get more insight into working of bots.