Music. Who doesn’t love music? Hanging around with headphones on, earphones hooked to the ears and people travelling with volume up is common these days, but these audio devices weren’t a fashion before 20 years. 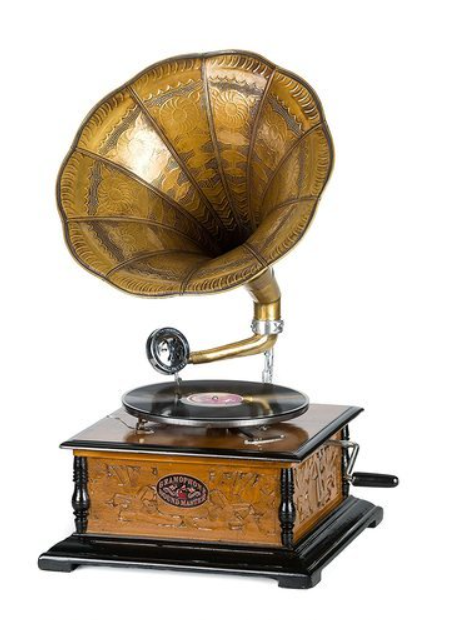 Music. Who doesn’t love music? Hanging around with headphones on, earphones hooked to the ears and people travelling with volume up is common these days, but these audio devices weren’t a fashion before 20 years. You might have heard your parents instinctively say “Hey, change the plate” when they don’t seem to like the song you are playing only to realize in a moment that it can be done with a single touch. Yes, they were referring to a gramophone when they said ‘plate’ which you might have seen in old movies. The sensation it created in the 20th century and its resurgence in recent times after being replaced by digital techniques makes the study of these outdated audio devices interesting. 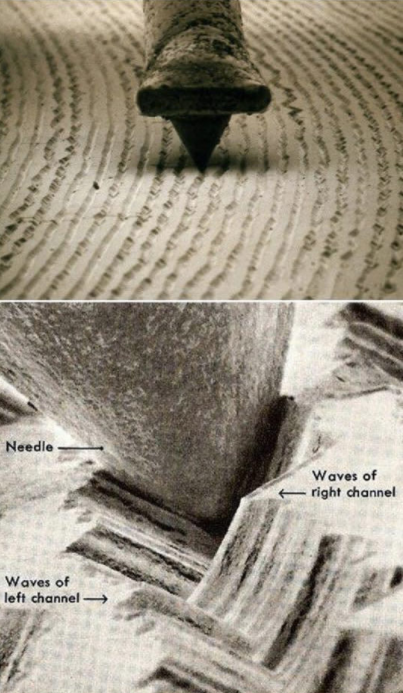 Sound is nothing but disturbance they create in the travelling medium. The basic idea of the early record players is to store these disturbances mechanically and use them to reproduce the sound on a later date. First ever gramophone invented by Thomas Edison stored these disturbances in a wooden cylinder wrapped with metal foil by the means of tiny grooves whose depth varied in accordance with the loudness of sound. While reproducing the sound a lightweight mechanical bar like structure traverses over the grooves to produce small vibrations which was amplified by a horn.

Parts of a Gramophone

Later these cylinders were replaced with flat vinyl discs, also called as ‘plates’ to make it compact and the gramophone evolved to take the name of record player. A turnable, stylus and a tonearm make up the skeleton of a typical record player. As its name gives out the clue, turnable is responsible for rotating the vinyl discs at a desired speed and the tonearm is the bar which terminates with stylus and picks up the microscopic vibrations. Stylus is a needle like structure, made with hard substance like diamond which is in contact with the grooves of vinyl disc.

While recording the sound, stylus is placed on the inner end of the vinyl disc. Sound waves are directed to the tonearm and simultaneously disk is rotated. The radius of the position of the stylus is gradually increased so as to fill the entire disc with grooves representing the sound. While reproducing the recorded sound, the stylus is placed on the disc at the position corresponding to our desired start of the sound and rotated with the same speed. The tonearm vibrates due to varying depth of grooves and the vibration of the tonearm is amplified by the horn to produce desired loudness. The original disc is pressed against an empty disc to create a master copy (negative) making it favorable for mass production.

Though these devices are bulky and have many limitations of their own over digital, the reason they are making a sudden revival in recent times is due to their openness of sound allowing more features of music to be heard. The regaining popularity of the device among the musical community is reflected by the drastic increase in the sales of vinyl.

How Do Gramophones Work? : Techwalla

How record players and gramophones work - Explain that Stuff