The Impact of F1 on the World

In general, F1 and motorsport have a long history of inventing and implementing technologies that eventually trickles down into road cars. Active suspension, traction control, carbon fibre construction, advanced aerodynamics and semi-automatic paddle gearboxes all began in the technology race that is Formula 1, not to mention the endless tyre and safety technology that continues to shape and give knowledge to today’s motor industry.

The 2014 F1 regulations that require teams to use a V6 Hybrid engine has directly resulted in pushing forward engine technology, with the power units reaching a thermal efficiency of over 50 percent, making it one of the most efficient internal combustion engines ever. F1 hybrid power units are not just extraordinarily efficient; they also have made considerable contributions to battery technology. The same learnings that delivered improved power for racing have been applied to improving fuel consumption in the road-going environment. This has also been directly applied into Mercedes-AMG’s Project One hypercar and Aston Martin’s Valkyrie. Hypercars aside, Mercedes uses hybrid technology derived from its F1 car in models such as the S-Class. 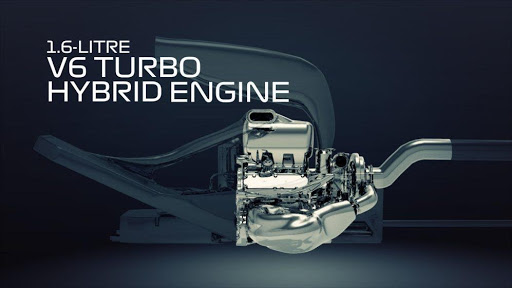 Even though F1 isn’t an Autonomous Racing series, its race cars are an ideal testbed for certain technologies vital to autonomous driving due to the sheer amount of data that is processed locally on the car and sent to the garage.

Meanwhile, KERS introduced back in 2009 to harness braking energy and unleash it on the track, is now used not only in hybrid cars, but also in buses, helping make cities greener. 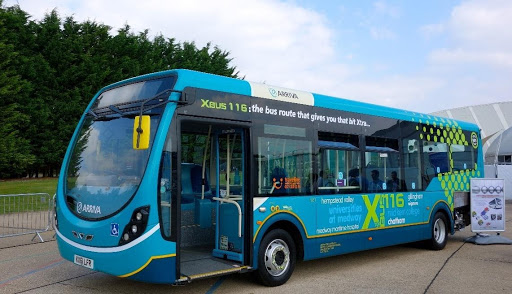 These were the more modern technologies applied to cars. Many such innovations, especially from the 1980s and 1990s, can be seen not only in high-end cars, but in everyday vehicles too. Suspension technology, traction control, Engine control units, Automotive Aerodynamic Devices, Paddle shifters and many more were perfected by F1 in and can be seen in nearly every modern-day car.

A Formula One car is probably one of the most connected cars in the world. A single car is embedded with hundreds of sensors that measure all kinds of things – from temperatures to forces. Engineers can extract the most out of this if that data is available in real-time; however, it’s limited by a control unit that’s common for all teams. This results in teams trying to transfer this data to the garages through the pit stops, while also making sure that they don’t have to sacrifice track time. In 2017, F1 teams began using 5G technology, which allowed them to transmit this data wirelessly at speeds that match the sport. When the car is within four meters of the garage, it can transmit a GB of data in less than five seconds.

Similar to the garage, modern hospitals and medical research institutes too face the challenge of transferring large amounts of data from devices such as X-Ray machines and have implemented a similar solution through various F1 technology partners.

This technology is not a standalone Formula One product, though. Qualcomm has developed it for the consumer market and used F1 as a high-speed R&D environment, putting its product to the ultimate test. In the future, it is very likely that this technology will be seen in various everyday devices.

The same technology is already being implemented by McLaren Applied Technologies to connect roads, rails and underground transportation.

F1 Engineering is not all a world of high – tech -Williams Advanced Engineering has worked with its F1 partners as part of a total benefits package for sponsors. Working with Unilever, Williams F1 managed to incorporate its technology, believe it or not, into the washing powder sector! It worked with Unilever on management methods and teamwork but also on engineering specifics like a drying tower for soap suds. Williams has also adapted F1 front wing designs to help increase the efficiency of supermarket refrigerators.

In 2020, when there was a dire need for respiratory devices such as ventilators, seven F1 teams answered the UK government’s call for assistance by setting up ‘Project Pitlane’. Under ‘Project Pitlane’, teams used their unique ability to respond rapidly to technological challenges and sped up the production of various medical devices. Mercedes and the University College of London had also developed a breathing device that could be mass-produced.

F1 over the years, especially over the past few years, has piled up a bad rapport for not being or not doing enough to be environment friendly. In response to this, F1 brought in regulation changes in 2014 that required teams to use a V6 Hybrid engine instead of the fuel-guzzling V8 engines. But this isn’t enough, which is why they’ve unveiled ‘Countdown to Zero’. F1 is on a mission to have a net zero carbon footprint by 2030 by adapting the sport towards a more sustainable means.

F1 is working closely with the FIA on advancing the development of sustainable fuels. In the short term, they plan on increasing the percentage of biological components in the fuel and to completely move to a sustainable fuel over time. F1 has now created a second-generation biofuel variety as part of its push, which has been exclusively refined from bio-waste that is not intended for human or animal consumption. F1’s engine manufacturers have been asked to test and validate the fuel to prove that the technology is feasible for racing. The racing contributes to only a small per cent of the total carbon emissions, while the main culprits are the team factories and transportation.

In 2020, F1 accelerated plans to introduce a more sustainable way of broadcasting our races, known as remote production. This has resulted in a 34% reduction in technical cargo and a 36% reduction in travelling staff sent to every race. They’re also moving on to more fuel-efficient means of transport such as railways and sea freights. They’ve also transitioned into 100% renewable electricity for all of its UK offices. But this isn’t something new to them. Mclaren F1 has been carbon neutral since 2011!

Despite all the measures taken, there will inevitably be emissions, which is why they’ll offset this through robust and verifiable biological and technical sequestration programmes.

Piston The Impact of F1 on the World