This blog post will give you a basic idea of what Kubernetes is,its applications and infrastructure.

Let’s take a look at how application development and deployment has changed over time.

As a solution, virtualization was introduced. It allows you to run multiple Virtual Machines (VMs) on a single physical server’s CPU. Virtualization allows applications to be isolated between VMs and provides a level of security as the information of one application cannot be freely accessed by another application.

Virtualization allows better utilization of resources in a physical server and allows better scalability because an application can be added or updated easily, reduces hardware costs, and much more. With virtualization you can present a set of physical resources as a cluster of disposable virtual machines.

Each VM is a full machine running all the components, including its own operating system, on top of the virtualized hardware.

Containers are similar to VMs, but they have relaxed isolation properties to share the Operating System (OS) among the applications. Therefore, containers are considered lightweight. Similar to a VM, a container has its own filesystem, share of CPU, memory, process space, and more. As they are decoupled from the underlying infrastructure, they are portable across clouds and OS distributions.

Containers have become popular because they provide extra benefits, such as

Now that we have understood what container is and what VM is.

Let’s understand why we use Kubernetes.

Containers are a good way to bundle and run your applications. In a production environment, you need to manage the containers that run the applications and ensure that there is no downtime. For example, if a container goes down, another container needs to start. Wouldn’t it be easier if this behavior was handled by a system?

That’s how Kubernetes comes to the rescue!. It takes care of scaling and failover for your application, provides deployment patterns, and more.

The components on the master server work together to accept user requests, determine the best ways to schedule workload containers, authenticate clients and nodes, adjust cluster-wide networking, and manage scaling and health checking responsibilities. We will look at each of the individual components in the master node and try to understand their functionalities.

As you can see in the diagram, there are a lot of terms that you might not understand. I will explain it one by one.

Master is the controlling element or brain of the cluster.Master has 3 main components in it:

The application that serves Kubernetes functionality through a RESTful interface and stores the state of the cluster.

Scheduler watches API server for new Pod requests. It communicates with Nodes to create new pods and to assign work to nodes while allocating resources or imposing constraints.

These machines perform the requested, assigned tasks. The Kubernetes master controls them. There are 4 component inside Nodes:

All containers will run in a pod. Pods abstract the network and storage away from the underlying containers. Your app will run here. This is how we deploy pods on the node.

Kubectl registering the nodes with the cluster, watches for work assignments from the scheduler, instantiate new Pods, report back to the master.

Responsible for forwarding app user requests to the right pod. I’m not going to describe the detailed concept here, cause it will lead to a boring situation. You can read the official documentation for more details information.Click here 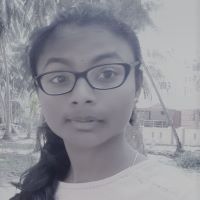