An introduction to field of micro systems and their applications.

“There is plenty of room at the bottom.”

This article deals with the emerging field of micro-electromechanical systems, or MEMS. MEMS is a process technology used to create tiny integrated devices or systems that combine mechanical and electrical components. These devices (or systems) can sense, control and actuate on the micro scale, and generate effects on the macro scale. MEMS has been identified as one of the most promising technologies for the 21st Century and has the potential to revolutionize both industrial and consumer products by combining silicon-based microelectronics with micromachining technology. Its techniques and microsystem-based devices have the potential to dramatically effect of all our lives and the way we live.

While the device electronics are fabricated using ‘computerchip’ IC technology, the micromechanical components are fabricated by sophisticated manipulations of silicon and other substrates using micromachining processes.In the most general form, MEMS consist of mechanical microstructures, microsensors, micro actuators andmicroelectronics, all integrated onto the same silicon chip.Microsensors detect changes in the system’s environment by measuring mechanical, thermal, magnetic, chemical or electromagnetic information or phenomena. Microelectronics process this information and signal the micro actuators to react and create some form of changes to the environment. 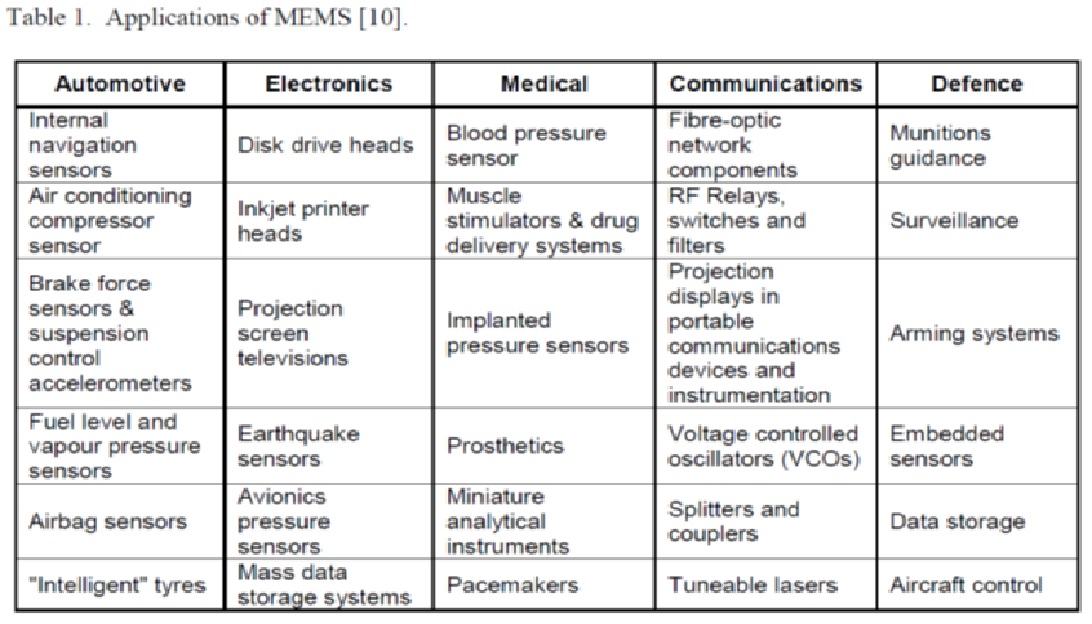 However, MEMS is not just about the miniaturization of mechanical components or making things out of silicon (in fact,the term MEMS is misleading as many micromachined devices are not mechanical in any sense). MEMS is a manufacturing technology; a paradigm for designing and creating complex mechanical devices and systems as well as their integrated electronics using batch fabrication techniques.Over the past few years some highly innovative products have emerged from bio MEMS companies for revolutionary applications that support major societal issues including DNA sequencing, drug discovery, and water and environmental monitoring. 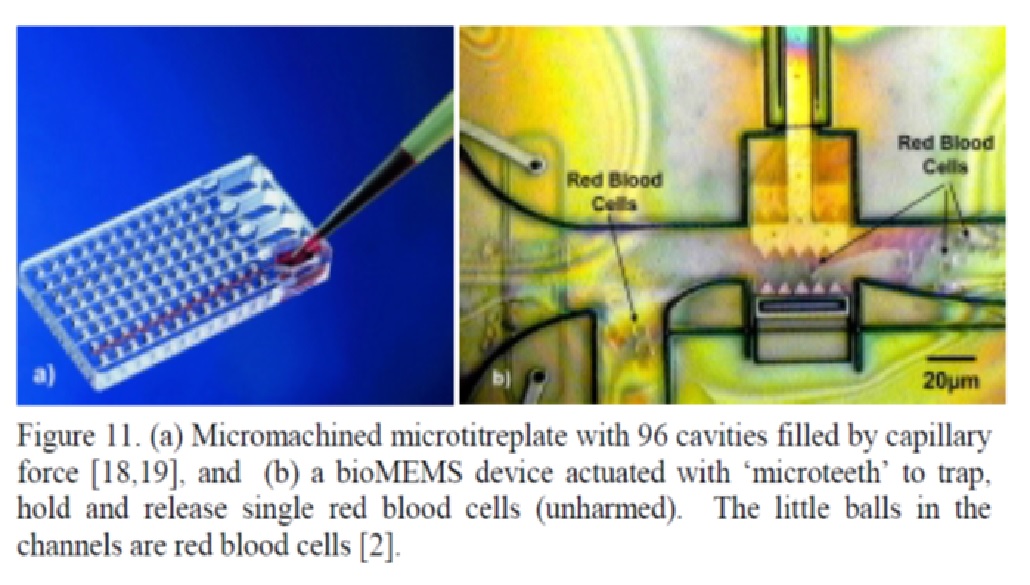 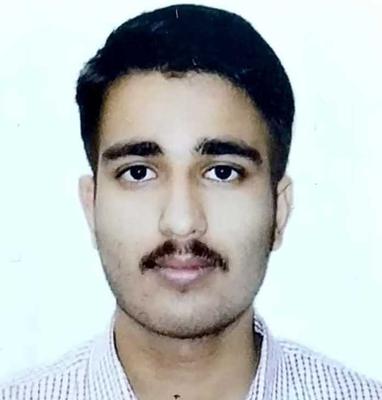