Ever heard of a MicroLED and how it can change the future of display technology? Read the following article to know more...

The Future of Television?

Recently at the CES(Consumers Electronics Show) 2018 Samsung unveiled its prototype of the MicroLED at the consumer level with a 146inch MicroLED TV under the name “The Wall”. MicroLED technology was invented in the year 2000 by a research group run by Prof. Hongxing Jiang and Prof. Jingyu Lin of the Texas Tech University. However, the first demonstration of MicroLED as a consumer product can be traced back to Sony’s 55-inch FullHD “Crystal LED Display” that was showcased back in 2012. This was incredibly expensive and was not viable on a commercial scale. To understand why MicroLED can be a revolution in the TV industry we need to delve into the working of the Modern Day TV. 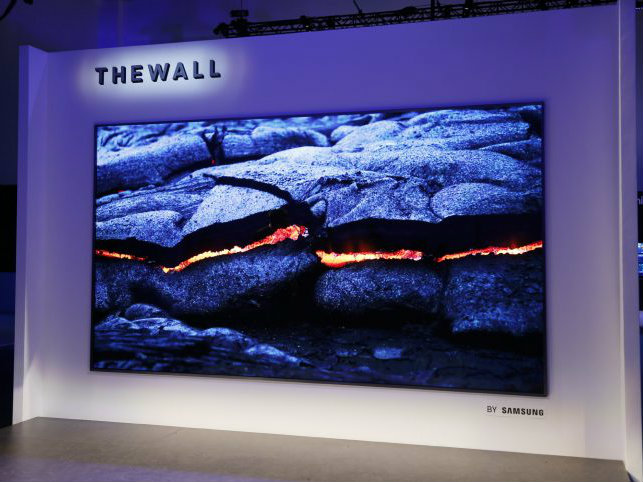 The LED TVS that we consumers use currently consist of a basic LCD display that are illuminated by compact and efficient light emitting diodes(LED) whereas the LCD TVs use cold cathode fluorescent lamps(CCFLs) to provide backlighting. CCFL is an older form of backlighting whose use commercially has been abandoned due to inferior picture quality as well as bigger size.

The latest commercial trend after the LED TVs have been the OLED’s. OLED (Organic light emitting diode) is a LED in which the luminescent layer consists of a film of an organic compound that emits light whenever electric current is passed through it. We don’t need backlighting for these TV’s as each pixel of an OLED screen makes its own light. These lead to

1) Deeper Black Levels of OLEDs as the black OLED’s emit no light.

3) Better power efficiency as an inactive OLED element does not produce light or consume power unlike normal LEDs where the backlight has to be always on.

The downside to OLED’s are that they are pretty expensive as they consist of organic compounds. Their lifespan is also low with RGB luminance degradation reaching around 10% within 1000 viewing hours. 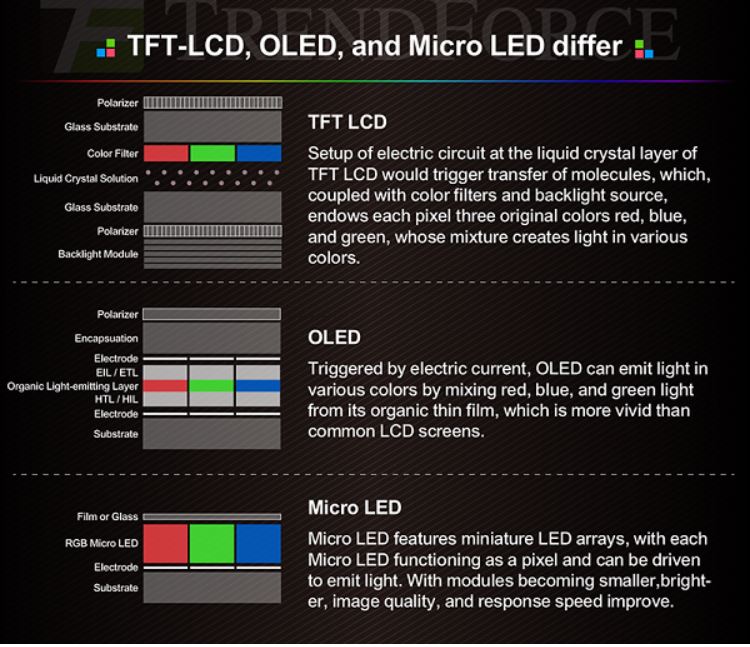 This is where MicroLEDs come into the picture.Unlike OLED, MicroLED is based on conventional GaN LED technology, which offers far higher total brightness than OLED produces, as much as 30 times, as well as higher efficiency in terms of lux/W which basically means lesser power consumption for similar brightness. With their emissive display they can beat OLED’s as they don’t contain organic compounds and rather use smaller and more compact LED’s. The MicroLED’s are therefore immune to burn-in and hence the degradation in luminance will be minimal.MicroLEDs offer higher brightness than any current display technology along with excellent colour and near-perfect off-angle viewing.

Recent reports also state that Apple has begun experimenting with MicroLEDs to check it’s usability for tiny screens such as the Apple Watch. 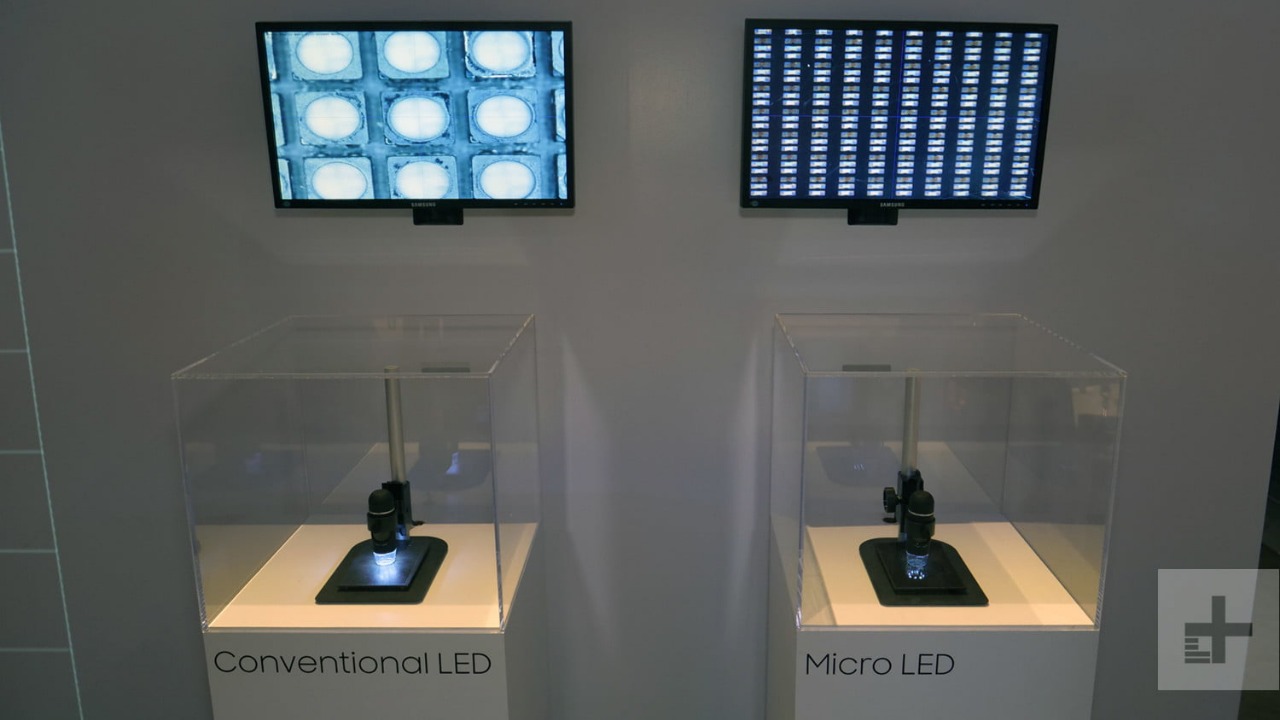 MicroLED still faces lot of challenges to be viable on a commercial scale .The Wall is just a prototype by Samsung and it has to be reduced to a feasible size of 55-65 inch along with the resolution currently present in The Wall to compete with the OLED. Currently its harder to produce a MicroLED screen when compared to an OLED screen commercially.

Hence we must note that though MicroLED’s haven’t been mass-produced or commercialized, they are near-future technology which we can expect to have in our homes within a few years. 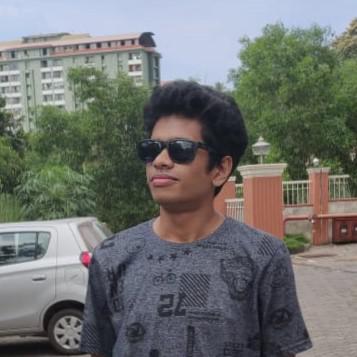