The water bodies around the world are regularly dumped with waste water effluents. These contain various organic and inorganic molecules that affect the aquatic life and overall water quality, which is called water pollution. The surprising fact is that quite a lot of purification is caused naturally by the breakdown of these molecules by sunlight. This process can be assisted with colloidal semiconductors to speed up the reaction process and increase the efficiency. The photocatalytic detoxification of wastewater is a process that combines heterogeneous catalysis with solar technologies. Organic compounds such as alcohols,carboxylic acids,amines, herbicides and aldehydes, have been photocatalytically destroyed in laboratory and field studies. The photocatalytic process can mineralize the hazardous organic chemicals to carbon dioxide, water and simple mineral acids. Many processes have been proposed over the years and are currently used to remove organic toxins from wastewaters. Current treatment methods for these contaminants, such as adsorption by activated carbon and air stripping, merely concentrate the chemicals present, by transferring them to the adsorbent or air, but they do not convert them into non-toxic wastes. Thus, one of the major advantages of the photocatalytic process over existing technologies is that there is no further requirement for secondary disposal methods. Another advantage of this process is that when compared to other advanced oxidation technologies, especially those using oxidants such as hydrogen per-oxide and ozone, expensive oxidizing chemicals are not required as ambient oxygen is the oxidant. Photocatalysts are also self-regenerated and can be reused or recycled. During the photocatalytic process, the illumination of a semiconductor photocatalyst with ultraviolet (UV)radiation activates the catalyst, establishing a redox environment in the aqueous solution (Zhang et al.,1994a). Semiconductors act as sensitizers for light-induced redox processes due to their electronic structure, which is characterized by a filled valence band and an empty conduction band. The energy difference between the valence and conduction bands is called the band gap. The semiconductor photocatalyst absorbs impinging photons with energies equal to or higher than its bandgap or threshold energy. Each photon of the required energy (i.e. wavelength) that hits an electron in the occupied valence band of the semiconductor atom, can elevate that electron to the unoccupied conduction band leading to excited state conduction band electrons and positive valence band holes (Schiavello, 1989).The fate of these charge carriers may take different paths (refer to Figure 1). Firstly, they can get trapped, either in shallow traps (ST) or in deep traps (DT). Secondly, they can recombine, non-radiatively or radiatively, dissipating the input energy as heat. Finally, they can react with electron donors or acceptors adsorbed on the surface of the photocatalyst. In fact, it was recently shown that any photoredox chemistry occurring at the particle surface, emanates from trapped electrons and trapped holes rather than from free valence band holes, and conduction band electrons.

These semiconductors when used in the size range if 1-100 nanometers give exceptional results due to changes in several physical and chemical properties that come along with quantum size range. Thus, the study of these particles will surely give us permanent and effective solutions of ridding the environment of harmful pollutants and advancing towards a cleaner tomorrow. 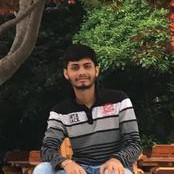