Proof-of-work as a consensus mechanism in blockchains

This blogpost is about the major and one of the most ground-breaking consensus mechanisms called "proof of work" adopted in the earliest blockchain.

Disclaimer: This article is not an introduction to blockchain, it does try to cover some basics of blockchain, but it’s focus is more on the proof-of-work as an approach to solving consensus problem.

The title of the article contains “consensus mechanisms in blockchain”, which sounds like a title with heavy words. So let’s try to first breakdown this title and understand each term separately.

Now let’s take a step back, if this ledger were just any ledger that a person/computer system can keep a “local” copy of, then it is not very interesting, the real use of this ledger comes when it becomes “distributed” in nature, i.e, all the parties involved in recording the history of transactions/events participate in maintaining a shared global copy of the ledger that they all should agree to. Again when we say a global copy, there is no one copy uploaded on a centralized server to which each person reads and writes, but rather each party in the network holds one local copy that they try to keep in sync with the rest of the network and if majority of people have the same copy of ledger then we consider that most people are in “consensus” with the history of transactions/events or in other words most people have a common “global view” of the ledger. Maybe for now this seems a simple task, let’s explore the workings of such a distributed ledger system and what sort of problems it can encounter trying to reach the consensus about the state of ledger.

Let’s first setup a very simplified version of a problem called “Byzantine’s Generals Problem”. This is a classic problem modeled in computer networks and distributed systems. The problem is as follows:

The above problem can be modelled in the context of blockchain:

This problem can be solved in blockchain through various consensus mechanism of which we will focus on something called “proof-of-work”. This consensus mechanism was first outlined in a paper by Satoshi Nakamoto(who is still not known) and in a list of emails in his conversations with his peers. We will first look at what is involved in proof-of-work and then how it solves the consensus problem.

Proof-of-work: The consensus machine behind blockchain

Thus proof of work is a consensus mechanism where the nodes vote to back a transaction/record in the ledger by providing their compute power as a vote. The more the votes or “compute power” behind a particular copy of blockchain/ledger, means more parties “agree” on that particular ledger and history of transactions. Thus all the parties can always agree and trust the other nodes by possessing the longest proof-of-work chain and can know for sure that their copy is in sync with the common global view of the ledger.

The proof-of-work chain is how different synchronization, distributed database and global view problems can be solved.

Blockchains can have other consensus mechanisms as well, like Proof-of-stake, Federated-Byzantine-Fault-Tolerance, Proof-of-activity and so on. But proof-of-work is the earliest of the mechanisms trying to solve the Byzantine Agreement and develop a Byzantine fault tolerant system. It certainly has drawbacks but is one of the most robust mechanisms and many mechanisms still draw the concepts from proof-of-work.

The proof-of-work chain is a solution to the Byzantine Generals’ Problem. I’ll try to rephrase it in that context.

A number of Byzantine Generals each have a computer and want to attack the King’s wi-fi by brute forcing the password, which they’ve learned is a certain number of characters in length. Once they stimulate the network to generate a packet, they must crack the password within a limited time to break in and erase the logs, otherwise they will be discovered and get in trouble. They only have enough CPU power to crack it fast enough if a majority of them attack at the same time.

They don’t particularly care when the attack will be, just that they all agree. It has been decided that anyone who feels like it will announce a time, and whatever time is heard first will be the official attack time. The problem is that the network is not instantaneous, and if two generals announce different attack times at close to the same time, some may hear one first and others hear the other first.

After two hours, one attack time should be hashed by a chain of 12 proofs-of-work. Every general, just by verifying the difficulty of the proof-of-work chain, can estimate how much parallel CPU power per hour was expended on it and see that it must have required the majority of the computers to produce that much proof-of-work in the allotted time. They had to all have seen it because the proof-of-work is proof that they worked on it. If the CPU power exhibited by the proof-of-work chain is sufficient to crack the password, they can safely attack at the agreed time.

The proof-of-work chain is how all the synchronisation, distributed database

Here is the link to the mails that very exchanged between “satoshi nakamoto” and his peers discussing the idea of “bitcoin and blockchain”:

Here is the link to the original paper published:

CompSoc Proof-of-work as a consensus mechanism in blockchains 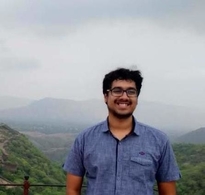