When Strokes are Six

Ever heard about six stroke engines??

Man and his Car

The stories are different, yet the same . From the spark that taught him about fire and the wheels that took him to places, to the roads that he hit everyday, he has come a long way. The love and passion to be in one, to feel its heartbeat and power, to drive and tame them, he has always loved them. But rare are those who are interested in the technology that drives their beasts.

It is said that technology advances in rapid pace. Though it is right for a majority of areas, advancements in technology seldom has been helpful in improving engine efficiency. And at a time where we seriously discuss about energy sources and their availability in near future, it is true that this matter require some serious attention. This is where the concept of 6 stroke engines come into play.

So what is a six-stroke engine?

It has nothing special, but two extra strokes than the conventional four stroke engine.

So how does this work?

A six-stroke engine combines an internal combustion engine with a steam engine to turn some of the waste heat into power. The only catch is that you have to add a water tank to your car that’s about the same size as the gas tank. The good news is that you can probably eliminate the radiator.

Now… The question is: Why don’t we see such cars in the street? Probably, because people like you and me are not trying harder. This is surely not the one to be left unexplored.

Piston When Strokes are Six 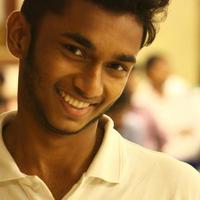 Just another human over here!