What are stem cells?

Imagine waking up from a tragic accident that left you paralyzed from the neck down, will there be any hope to recover completely? Won’t it be amazing if there was a research that the use of stem cells could lead to potential treatments and cures.

With the advent of technology in the fields of artificial intelligence, robotics, genetics, etc., homo sapiens are finally at the threshold of a path to revitalizing and renewing our current fields of health care.

Stem cells are cells that can differentiate into other types or kinds of cells, and can also divide in self-renewal to produce more of the same kind of stem cells.

The origin of stem cell technology

The history of stem cell research had a benign, embryonic beginning in the mid 1800’s with the discovery that some cells could give birth to other cells. The first actual stem cells were discovered in the early 1900’s when it was found that some cells generate blood cells.

Both animal and human stem cells have been worked on in the history of their research. Stem cells can be classified into three extensive categories, based on their ability to differentiate and produce cells. Totipotent stem cells are found only in early embryos, hence are also called embryonic stem cells. Every cell is capable of forming a complete organism (e.g., identical twins). Stem cells residing in a developing embryo can differentiate itself into all the specialized cells—ectoderm, endoderm and mesoderm while maintaining the normal turnover of regenerative organs, such as blood, skin, or intestinal tissues. Pluripotent stem cells, yet another type exist in the undifferentiated inner cell mass of the blastocyst and can form any of the over 200 different cell types present in the body. Multipotent stem cells are derived from fetal tissue, cord blood, and adult stem cells, which are found in various tissues of fully developed mammals. In adult organisms, stem cells and progenitor cells carry out the task of replenishing adult tissues and hence acting as a repair system for the body. Although they lag behind in their ability to differentiate than pluripotent stem cells, they already have a track record of success in cell-based therapies.

Where are stem cells found

Till date we are aware of three known unrestricted sources of autologous adult stem cells in humans: bone marrow, adipose tissue, and blood. Stem cells can be obtained conveniently from umbilical cord blood just after birth. In accordance with all the recent studies of all stem cell therapy types, autologous harvesting involves the least risk.

Usually the stem cells remaining after the birth of a baby are discarded, but they can be used in future to regenerate a body part of the person which usually can’t be done by using adult stem cells.

Therefore, there is a provision of preserving the stem cells immediately after a baby is born so that they can be used for regenerating a body part in future. If not isolated and cultured properly and with great care, stem cells can’t survive. Therefore, in most cases, they are of no use if they aren’t preserved immediately after the birth.

According to the current research, the stem cells extracted from a baby can be used to regenerate the damaged or lost organ of that baby as well as his/her close blood relatives.

Field of medical research studying human and animal stem cells is referred to as stem cell technology. Stem cells are characteristically and naturally occurring cells essential for the growth and regeneration of organisms. Stem cells are already used for therapeutic purposes, and research suggests potential future benefits of stem cells in many fields of medicine. This research is controversial, however, because some such technology involves the use of human embryos.

Stem cells occur in all multicellular organisms. They are capable of transforming into any of the specialized cells necessary for the growth and maintenance of organs. In developing embryos, they become the cells necessary for the formation of various organs. In later life, they replenish these organs by replacing dead or diseased cells. Stem cell technology helps us to achieve a better understanding of this complex process.

Stem cells in bone marrow replenish the body’s supply of blood cells. Bone marrow transplants, a common treatment for leukemia patients, are one form of stem cell technology. Some scientists believe that similar uses of stem cells could eventually treat diseases as diverse as diabetes, nerve disease, Alzheimer’s and hearing loss. If genetic research can explain the functioning of stem cells, they could theoretically be used to replace cells damaged or destroyed by these diseases.

Stem cell research is a relatively new technology that develops primitive human cells into most any of the 220 varieties of cells in the human body, including blood cells and brain cells.

Experts suggest that the ability to use a patient’s own cellular material to cure him or her will lessen the chance of transplant or therapy rejection, as the body will be less likely to attack its own cells. Medical experts have made several early advances in the fight against cancer and blood disorders with the help of stem cell research which began in the late 20th century.

In recent years, proposition of many isolation and culture technologies has encouraged the application of stem cells in research of disease mechanism and clinical therapy. However, most types of stem cells have their own disadvantages for therapeutic applications, such as lack of availability, risk of immune rejection, directional regulation, and the most baffling one, ethical controversy. The recent discovery of iPSCs (Induced pluripotent stem cells) holds the potential to solve these problems. However, the low efficiency of iPSCs generation and their therapeutic safety need to be further studied and be thorough before its application in initiation of human clinical trials. The speed and efficiency of iPSCs generation from both mouse and human somatic cells can be enhanced by adding vitamin C to the culture medium and the safety of iPSCs may be improved by using non-integrating viral vectors. Therefore, it is expected that clinical application of iPSCs will be achieved in the near future, which will mark a historical leap in the area of medicine.

Advancement and through application of stem cell technology in organ transplant, increasing life span, curing paralysis etc. will surely lead to a massive leap towards improvement in the field of healthcare. 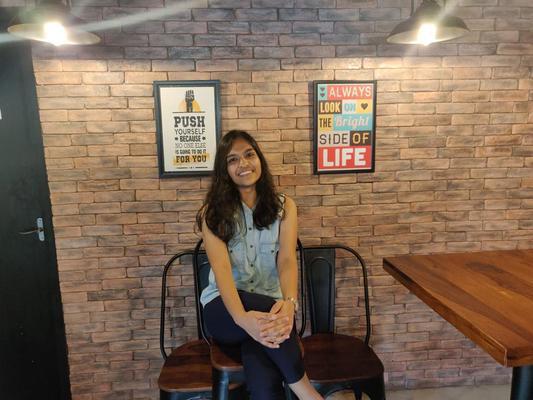 Life is short. Laugh while you still have teeth