A brief understanding of vortices and their uses

“When everything seems to be going against you, remember that an airplane takes off against the wind, not with it” – Henry Ford

This article has been written especially for those who are interested in aerodynamics and also for people who are curious to know how small modifications in design help make an airplane or a car more aerodynamically efficient. The content is from an aerodynamic point of view, in an airflow. 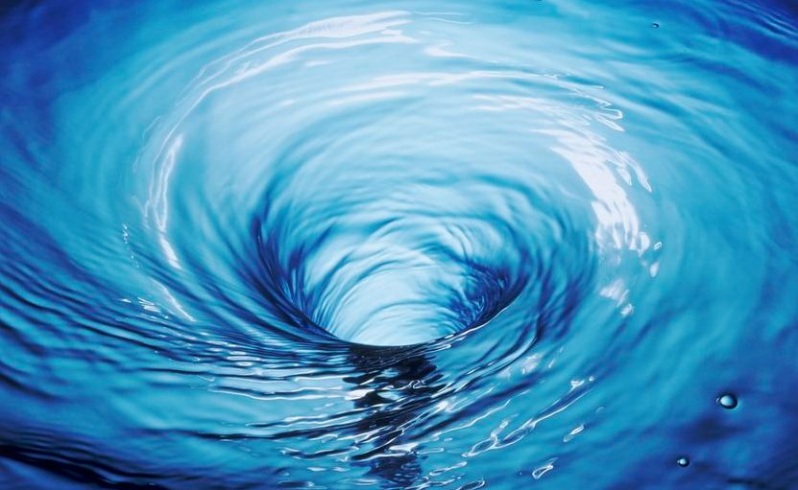 A Vortex (Fig. 1) is nothing but a region in a fluid which revolves about a certain axis. These vortices often disturb an airflow and induce a lot of drag. Wingtip vortices in an airplane are due to the tendency of air to flow from a higher pressure region to lower pressure region, which induce drag. These vortices might seem to be unnecessary and drag inducing when it comes to vehicle performance. The good news is, these vortices have a good side and have made things easy in so many ways. In what way are these vortices helpful? 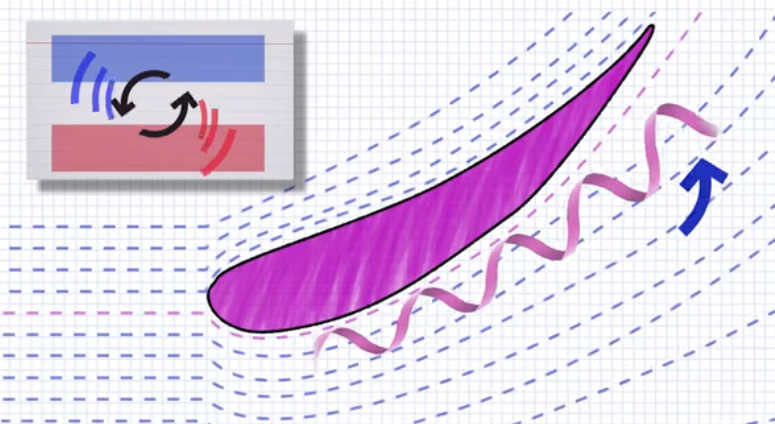 A vortex by nature helps keep the air stuck to the surface it is flowing around (Fig. 2). It also acts as a boundary between airflows. Let us consider an F1 car. There are regions such as the intake vents and under a spoiler where smooth airflow is required. By generating vortices in front of these regions or before the airflow splits up, the airflow can be directed smoothly into the required region. This also reduces drag as the airflow sticks to the vehicle body. 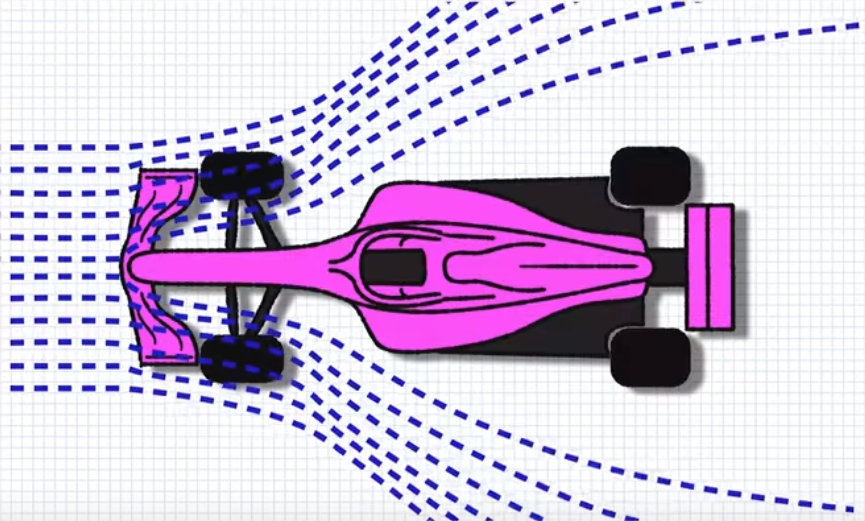 Air has a natural tendency to flow over a car as shown in Fig. 3. This flow is highly inefficient which induces drag behind the car and also involves the turbulence generated by the high-speed tires. By introducing vortices in specific regions, we can create a boundary between the airflow regions and keep them contained as shown in Fig. 4. 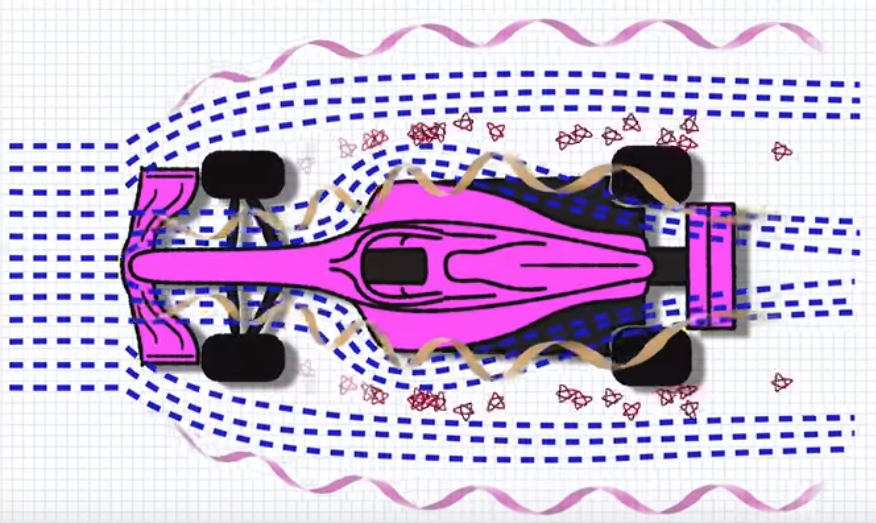 This clever trick is also used in airplanes. In supersonic jets such as the Concorde and Tupolev Tu 144, the airflow separates from the wing surface easily at high speeds. Hence they use vortices to keep the airflow stuck to the wings. (Fig. 5). 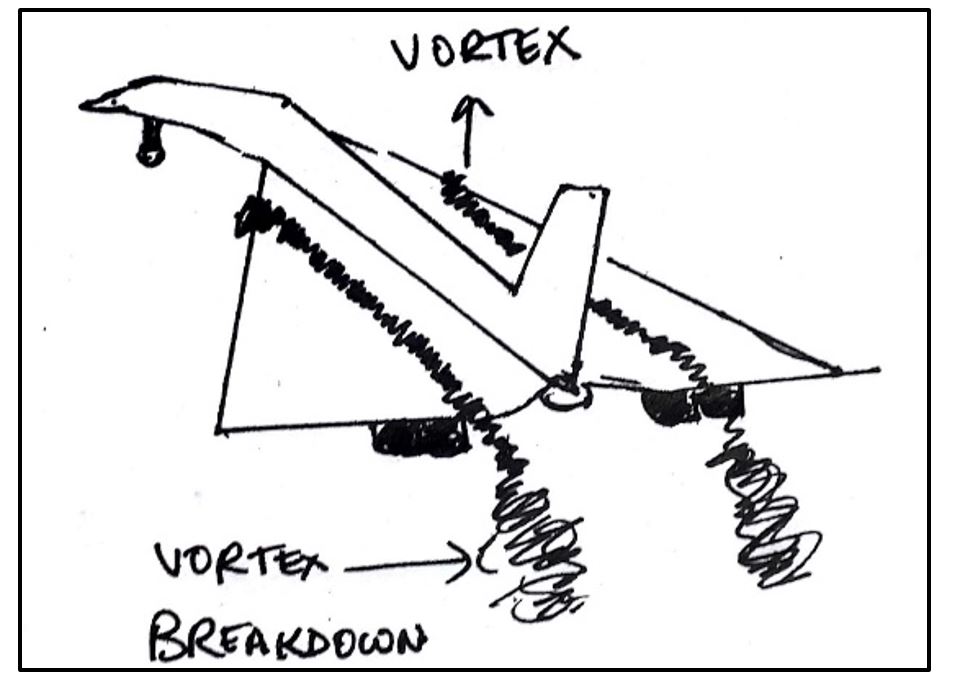 Economically speaking, in order to shorten the runway, the aircrafts need to have higher lift at lower speeds. This can be achieved by either increasing the surface area of the wing (increases drag and weight) or increasing the lift coefficient by generating vortices (increase in drag only). It is obvious that generating vortices is more economical. 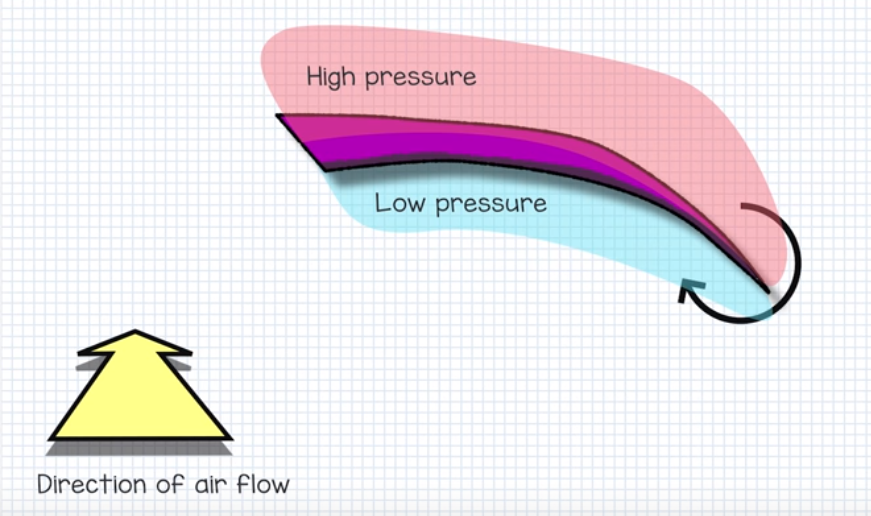 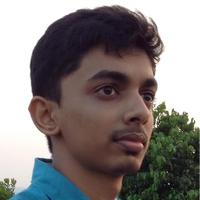