War of the Currents

The war that changed the world more than both the world wars. 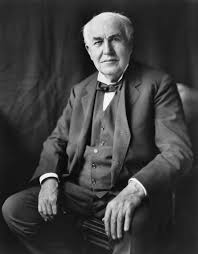 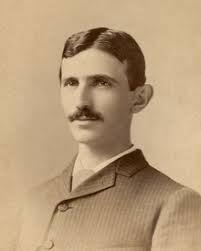 At the end of the 19th century, the world witnessed one of the greatest scientific feuds of all times, which changed the course of the history.

Three brilliant inventors, Thomas Edison, Nikola Tesla and George Westinghouse, battled over which electricity system—direct current (DC) or alternating current (AC)–would become standard. This would go on to be known as the ‘War of the Currents’.

By 1880, Edison had created a model for the incandescent lamp that was commercially viable. But to make a profit out of the electric lights that he had invented, he realized that electricity would have to be brought to people’s homes. Thus he began devising a system for generation and distribution of power. Edison’s distribution system would supply 110 V DC voltage. In 1882, Edison opened the first ever electric power plant in Pearl Street, New York. The problem with Edison’s system was that it could only deliver electricity within a half-mile radius from the plant.

Two years later, A young Serbian engineer, Nikola Tesla immigrated to America and started working under Edison. He improved Edison’s existing DC system in order to interest him in an AC motor that he had been developing. But Edison, a firm supporter of DC, said that AC has no future.

Tesla quit his job in 1885 and a few years later received a number of patents for his AC technology. In 1888, he sold his patents to industrialist George Westinghouse, whose Westinghouse Electric Company had quickly become an Edison competitor. Feeling threatened by this competition, Edison started a propaganda to malign George Westinghous and his AC System in the eyes of the public. As a part of this propaganda, Edison electrocuted a number of animals just to prove how dangerous high voltage AC is. Edison even suggesting electrocution as way of executing criminals and in 1890 convicted murderer William Kemmler became the first person to die on an electric chair which was powered by a Westinghouse generator. This marked one of the darkest events of the war.

With the advent of the alternating current transformer, high voltage AC produced by the generators could be stepped down to lower voltages within the safety standard. This was an important event in the War of The Currents. Now AC could be safely supplied at everyone’s doorstep.

This made Edison’s argument obsolete.

Despite all his efforts to discredit AC, Edison failed. Westinghouse won the contract to supply electricity to the 1893 World’s Fair in Chicago—beating out rival General Electric, which was formed in 1892 by a merger involving Edison’s company—and the expo became a dazzling showcase for Tesla’s AC system. Westinghouse also received an important contract to construct the AC generators for a hydro-electric power plant at Niagara Falls; in 1896, the plant started delivering electricity all the way to Buffalo, New York, 26 miles away. Thus the first electric grid came into being. The achievement was regarded as the unofficial end to the War of the Currents, and AC became dominant in the electric power industry.

The war pushed Westinghouse into bankruptcy. To save his friend, Tesla gave up all his perks that he had gained from his patents. As he grew old, the genius mind of Tesla took a toll on him and it drove him towards insanity. In his last days, Tesla lived in a hotel alone and without any cash. In 1943, Nikola Tesla died. Tesla was never given credit for his works and he ended penniless when he could have earned millions from his patents. Tesla’s story is one of the most tragic story in the history of science.

The war of the currents changed the course of history. We cannot imagine our lives without electricity. Today, we reap the benefits of the pioneering works of Edison and Tesla. Although today AC is the standard, DC is gaining importance with the advent of digital electronics. So it appears the War of the Currents may not be over yet. But instead of continuing in a heated AC vs. DC battle, it looks like the two currents will end up working parallel to each other in a sort of hybrid armstice.

Diode War of the Currents 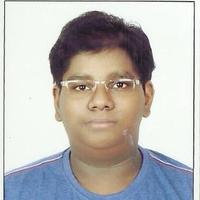 I am not lazy, I just really enjoy doing nothing!