Lithium Ion Batteries: Into the Future

In this modern world long-life, environmentally friendly, reliable and low-cost batteries are in great demand. People have started using electric vehicles and lots of electronic items which require a constant supply of power. In the same way the development in the power source sector has increased tremendously, one of those sectors is the production of batteries. Various scientists have conducted experiments in increasing the efficiency of the batteries. The major battery systems before were rechargeable lead acid and primary Manganese Dioxide-Zinc batteries which were overthrown by the Lithium-Ion Batteries (LIB). 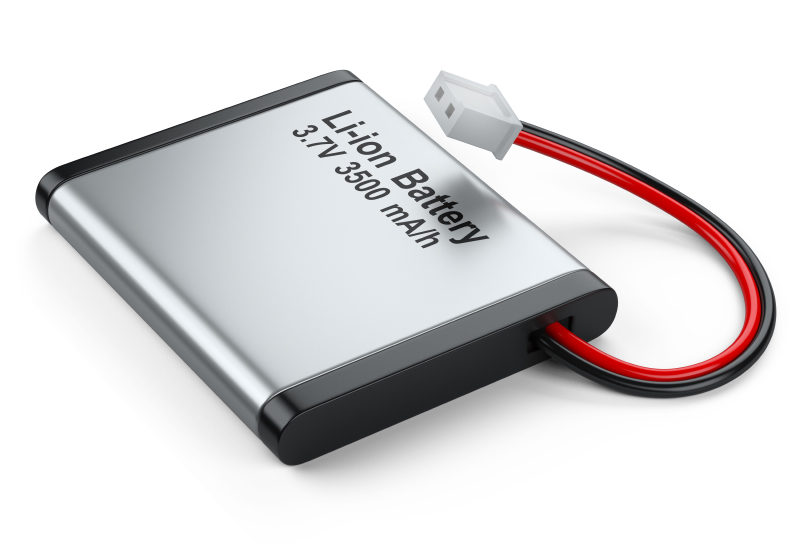 How does a lithium ion battery work ?

In simple terms the working of the Lithium-Ion battery can be explained as when we plug a charged lithium-Ion battery into any equipment or a device, the positively charged ions move from the anode to the cathode through the electrolyte. As a result, the cathode becomes more positively charged than the anode. This is compensated by the negatively charged ions which flow from anode to cathode through external connections. The electrodes are separated by the electrolyte called the separator which acts as a catalyst in promoting the movement of the ions between the electrodes. 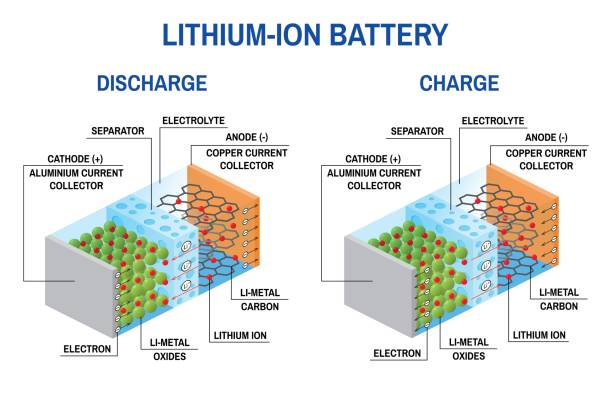 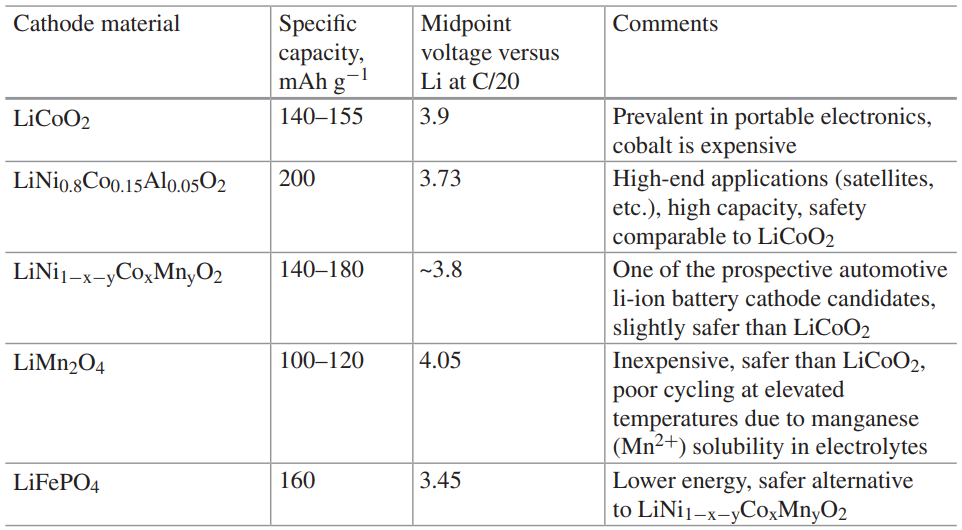 The negative electrode is often called an ‘anode’.Lithium metal has the highest possible specific capacity of all possible anodes in lithium-ion cells. Currently, the most common commercial anodes are carbon that possess relatively low surface area and intercalate lithium ions into their layered structures without forming metallic lithium under standard operating voltage, temperature and current rate conditions. The several types of carbon that are commercially available are listed below. 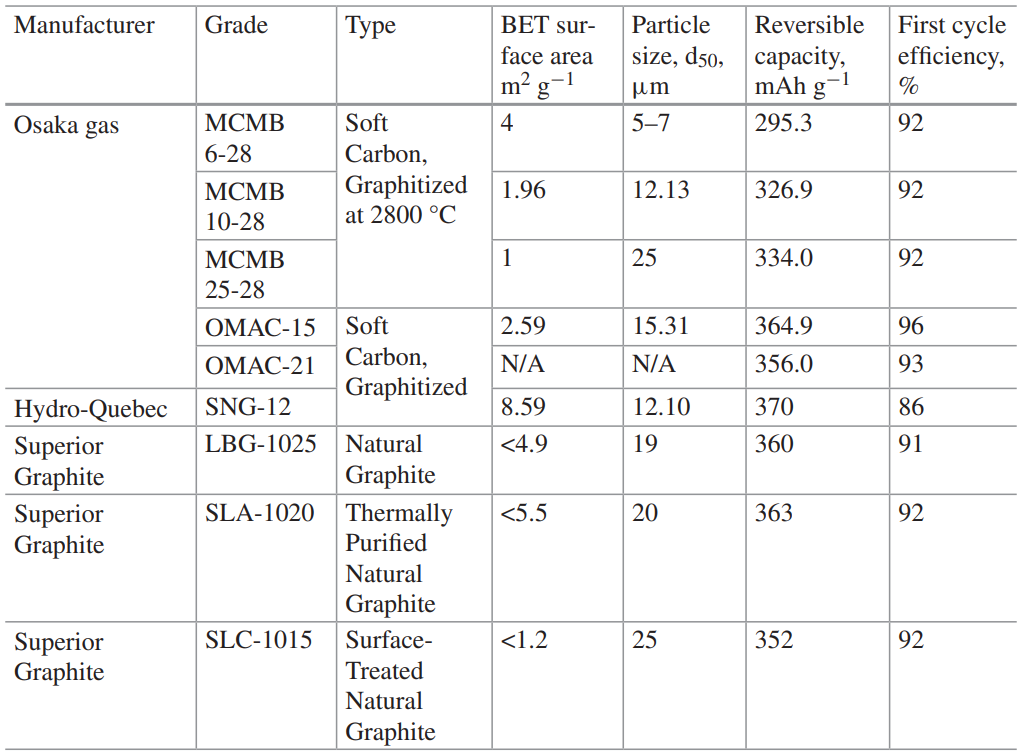 The role assigned for the electrolytes in the lithium-ion cells is to act as an ionic conductor to transport lithium ions back and forth between positive and negative electrodes as the cells are charged and discharged. The most common lithium-ion cell electrolytes are based on solutions of a lithium salt in the mixture of multiple organic solvents. Multiple solvents with very different physical and chemical properties are often used together to perform various functions simultaneously in a lithium-ion cell that is expected to perform in a wide range of conditions. The electrolytes which are currently used in the lithium ion battery are Liquid electrolyte, All-solid electrolyte and gel-type polymer electrolyte. The below table consists of the common organic electrolytes and lithium salts available in the market.

Future mobility needs novel concepts that strike a balance between individual mobility needs, sustainable use of resources, and protection of the environment. Also, owing to climate change and the limitation of fossil fuels, more efforts are required to decrease CO2 emissions. In this regard, the entire automotive industry has already achieved considerable success by optimizing engine technology and introducing automatic engine start/stop systems and brake energy recuperation. These efforts in conventional drive technology are ongoing. In recent years, owing to the vigorous development of new-energy vehicles, the global production and sales of new-energy vehicles have risen sharply. There were 10 million electric vehicles on the roads globally by 2020, the EV registrations increased by 41% in 2020. Figure 5 shows the amount spent on lithium-ion batteries in electric vehicles. 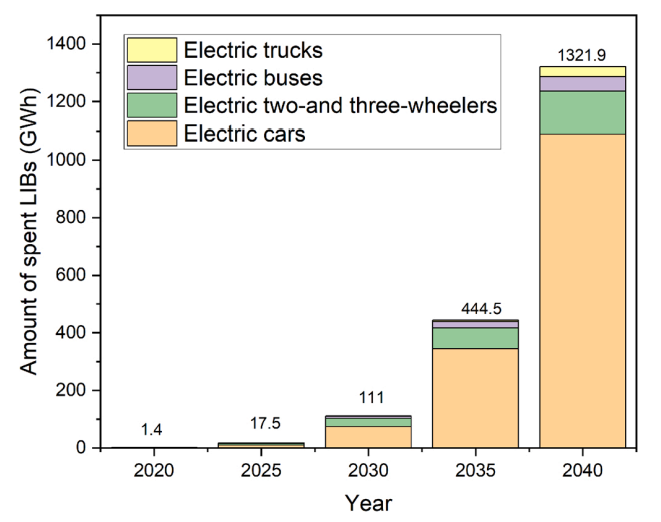 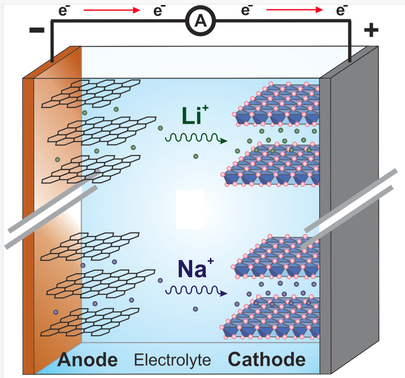 Electrodes with open frameworks are more desirable in sodium systems, as the larger-sized Na+ (in comparison to Li+) can be introduced into the framework. However, given how the immense structural changes that occur when introducing Na+ cannot be avoided, disruption of structure’s durability while trying to maintain its original state is bound to happen. Moreover, sodiated transition metal materials are particularly hygroscopic, even upon brief exposure to air. Thus, the preparation of sodiated cathode materials and batteries requires meticulous handling and moisture-free conditions. The hydration of materials will deteriorate the electrochemical performance of the electrode due to the formation of intrinsically insulating NaOH. One recent study on cathode materials for Sodium Ion batteries has focused on this hygroscopic problem. Specifically, the Sumitomo Chemical CoLtd research group has successfully synthesized O3-type Ca-doped NaFe0.4Ni0.3Mn0.3O2, and they managed to suppress its tendency to absorb moisture through Ca doping. Although it is reasonable to suspect that the kinetics of Na+ ion diffusion might be a problem due to the larger ionic size relative to that of Li+, Ceder et al. reported that Na+ extraction/re-insertion from/into Na-containing materials is experimentally and computationally faster compared to Li systems due to the low Lewis acidity of Na+. By contrast, the insertion of Na+ into non Na-containing compounds with a smaller bottleneck size may be slower compared to the insertion of Li+.