A hands-on approach to developing and deploying a reliable, robust and secure container orchestration system from the ground up

Imagine a situation where you have been using Docker for a little while, and have deployed on a few different servers. Your application starts getting massive traffic, and you need to scale up fast; how will you go from 3 servers to 40 servers that you may require? And how will you decide which container should go where? How would you monitor all these containers and make sure they are restarted if they die? This is where Kubernetes comes in. 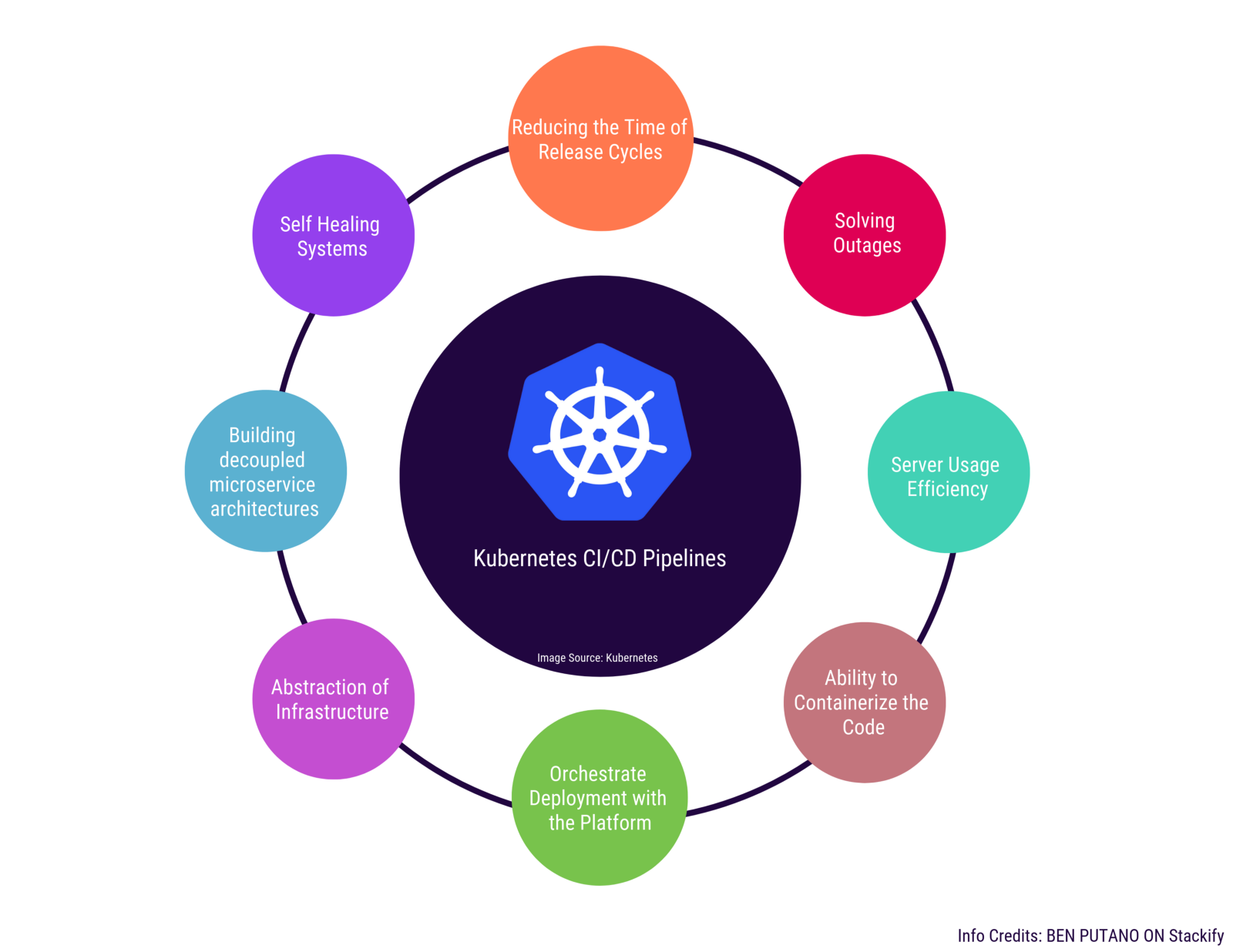 Where do we use Kubernetes?

Kubernetes works with Amazon EC2, Azure Container Service, Rackspace, GCE, IBM Software, and other clouds. Additionally, it works with bare-metal (using something like CoreOS), Docker, and vSphere, and also with libvirt and KVM, which are Linux machines turned into hypervisors (i.e, a platform to run virtual machines).

Why do we use Kubernetes?

Containers are a good way to bundle and run your applications. In a production environment, you need to manage the containers that run the applications and ensure that there is no downtime. For example, if a container goes down, another container needs to start. Wouldn’t it be easier if this behavior was handled by a system?

That’s how Kubernetes comes to the rescue! It takes care of scaling and failover for your application, provides deployment patterns, and more.

The components on the master server work together to accept user requests, determine the best ways to schedule workload containers, authenticate clients and nodes, adjust cluster-wide networking, and manage scaling and health checking responsibilities. We will look at each of the individual components in the master node and try to understand their functionalities.

As you can see in the diagram, there are a lot of terms that you might not understand. Let’s see what every component is and does :

Master is the controlling element or brain of the cluster. It has 3 main components in it:

We will not be discussing everything in detail here as it is out of the scope of this project. However, you can read more here.

In Kubernetes, everything is an API call served by the Kubernetes API Server (kube-apiserver).

First we need to define a few terms before moving forward. Kubernetes dictates the following requirements on any networking implementation:

We will discuss how the communication takes place between the following 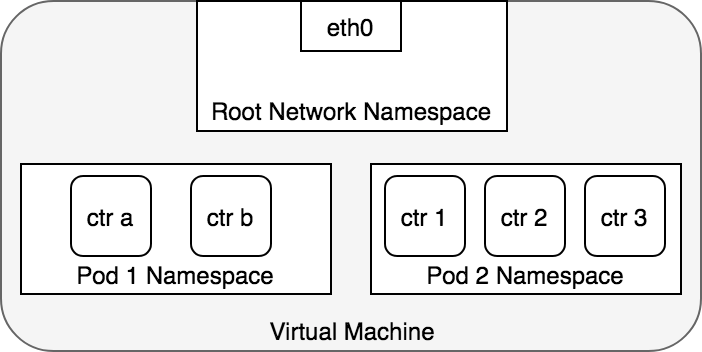 Every Pod has a real IP address and each Pod communicates with other Pods using that IP address. Kubernetes enables Pod-to-Pod communication using real IPs, whether the Pod is deployed on the same physical Node or different Node in the cluster.

Pods on the same machine

Pods which reside on the same node can communicate with the help of the Veth pair.

Namespaces can be connected using a Linux Virtual Ethernet Device or veth pair consisting of two virtual interfaces that can be spread over multiple namespaces. Each veth pair works like a patch cable, connecting the two sides and allowing traffic to flow between them.

Every Node in the cluster is assigned a CIDR block specifying the IP addresses available to Pods running on that Node. Once traffic destined for the CIDR block reaches the Node, it is the Node’s responsibility to forward traffic to the correct Pod. The other communication is the same as the communication between Pods on the same nodes.

The aim of this project was to bootstrap a Kubernetes cluster from scratch so as to fully understand the Kubernetes architecture while also getting hands-on experience of working on the Google Cloud Platform.

To set up Kubernetes on the Google Cloud Platform, we firstly needed the underlying infrastructure that included VMs (or Compute Instances), routing rules, and a bunch of configuration files and certificates along with our own certificate authority for secure communication between various components. We used cfssl for setting up our PKI while kubectl is the tool we will use to control our cluster.

Once all the configuration files and certificates were ready and distributed, we went about bootstrapping cluster components like etcd and controller nodes. We first bootstrapped etcd on every controller node, and then bootstrapped the Kubernetes Control Plane that includes the API Server, Scheduler and Controller Manager. After this, we configured RBAC permissions to allow the Kubernetes API Server to access the Kubelet API on each worker node and set up a Frontend Load Balancer to front the API Server.

Once the controllers were ready, we installed and configured runc, containerd, certain network-plugins, kubelet and kube-proxy on every worker node. After bootstrapping our worker nodes, we finally configured kubectl for remote access and provisioned network routes. Since pods are highly volatile, we would need consistent domain names for our pods and services instead of IP addresses that constantly keep changing. This was fulfilled by deploying a DNS cluster add-on, backed by CoreDNS. With this, we were done with bootstrapping our Kubernetes cluster.

To make sure our implementation of Kubernetes worked, we deployed a multi-container “TODO” app, and a demo of the same is attached below.

Platform and mode of implementation

We then installed Google Cloud SDK and configured it in order to access GCP on the local machine. Since Google Cloud Platform has a limit on resource quotas, we scaled our project down to use just two controller nodes and two worker nodes.

The implementation scripts and the documentation can be found on our GitHub.

In closing, this project achieved its goals of building and deploying a Kubernetes container orchestration environment from the ground up, and testing it robustly with demo multi-container applications. Additionally, from a learning point, this project provided keen insights into the working components as well as the underlying network infrastructure necessary to bootstrap and maintain such a versatile, dynamic and fault-tolerant system.

Possible future areas of work include understanding more complex Kubernetes features such as Custom Resource Definition(CRD) and Webhooks, and working towards implementing and integrating them into the existing platform.

For interested readers looking to delve further into this project and its concepts, some useful resources include: