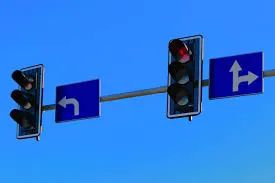 Car automation is a rising field in the research area today . The previous decade saw a number of algorithm for making self driving car safe enough to run on a road full with pedestrains and obstacles. Traffic Sign Recognition is one of the important element required to automate the present automobile industry. Here in our project we have tried the same on a small scale

A lot of luxury car companies including Mercedes and Ford are investing money in the development of Traffic sign recognition techniques. However, as of now they have only allowed automated car which recognizes the sign and warns the driver about it, but a fully automatic car which acts accordingly on recognizing the Traffic sign is yet to hit the road.

In this project our prime objective is to make an autonomous car robot that moves on its own and finds the path with the help of Traffic sign it encounters on its way. This robot is supposed to make use of computer vision techniques to detect and segment the traffic sign from its surrounding and with the help of Deep neural network the detected sign is recognized. The processor then makes the car move accordingly.

This project includes two parts namely, creating a Traffic Sign Recognition(TSR) algorithm which can detect and recognize traffic signs in real time and the second part is to integrate the developed TSR algorithm with the bot. a detailed methodology of each of these steps is given below 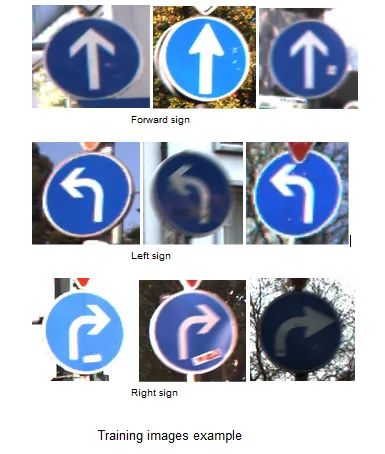 Integration with the bot

The designed algorithm was put into a Raspberry Pi4, 1GB variant, which was placed on the bot. To improve the working of MobileNet architecture on RaspberryPi, Tensorflow Lite version of the model was used . Adafruit tb6612 1.2A DC stepper motor driver was used to drive the motors of the bot. A USb camera was placed on the top of the bot to feed the model with video sequence. This video sequence was passed through the algorithm in RPi .The driver board acted as the control between raspberry pi and motors. 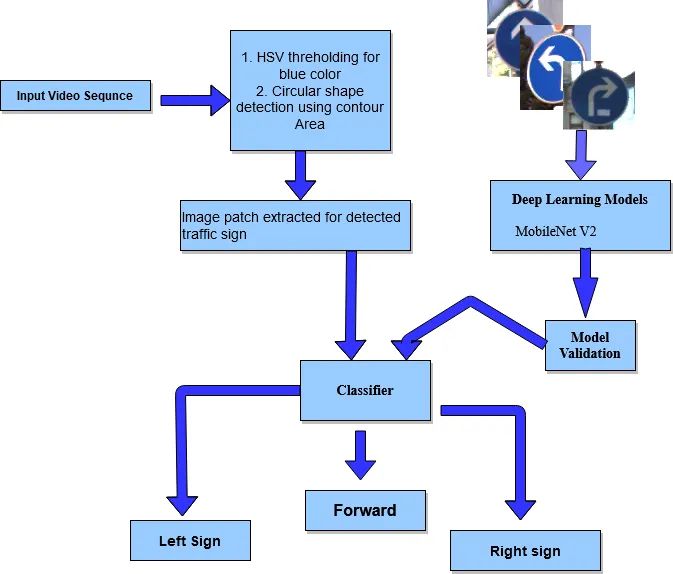 For a successful run of a self driving car on a road it is very important that it follows traffic signs . This ensures safety of pedestrians as well as of the other vehicles on road. This project provides a way to detect and recognize traffic signs in real time and hence is very useful for the self driving technology Moving further, we can modify the algorithm to recognize more traffic signs with different color and shape. We may also include traffic light recognition system as well to make it a complete traffic sign follower system.