Our project Chess-Bot is a chess game that allows the users to move chess pieces using their voice command. Thus it creates an environment where the user needs not to touch the chessboard while playing the game.

How Does it Work

The working of the chess-bot is quite simple. First, the user gives a voice command to move a piece from one position of the board to another, e.g., “B1 to C3”. After getting this command, it will be processed by the speech processing algorithm (based on google API) and sent to the stockfish chess engine, which will then check the validity of the move. If the move is invalid, the user will repeat the command until the move is valid. Once the move is validated, it will pass it on to the path planning algorithm (based on A* Algorithm), where it will find an optimal path for the chess piece to reach its destination. After the optimal path is selected, the path planning algorithm would send the path to the microcontroller present in the mechanical contraption step by step. Then the microcontroller, according to the coordinates provided by the path planning algorithm, would control the stepper motors and the electro-magnet present in the contraption to move a piece to its destination.

We use a modified version of the A* path planning algorithm which is a directed path finding algorithm, and gives more weight to the nodes which have higher proximity to the goal. We modified the algorithm to move the pieces among the board partition lines to avoid collision between the pieces, for which an appropriate square-size to piece ratio size has been designed to avoid collision in any case. After stockfish processes the game move, the algorithm generates the shortest path with the minimal obstacles and sends instructions to the micro-controller.

We employed a 2-axis mechanism driven by a timing belt and pulleys, which was modelled and simulated in Fusion360. The main head-piece of the mechanism is the the electromagnet which will have full mobility throughout the length of the axes of the mechanism because of the specific design. The mechanism will consist of 8 pulleys along the edges of the mechanism and stepper motors will actuate two adjacent pulleys, which will be controlled by the microcontroller. There will be y-motion when there is clockwise rotation of both motors, and x-motion when there is anti-clockwise rotation. The whole mechanism would go under the board and the electro-magnet would be switched on and off depending on the need to move a particular piece. 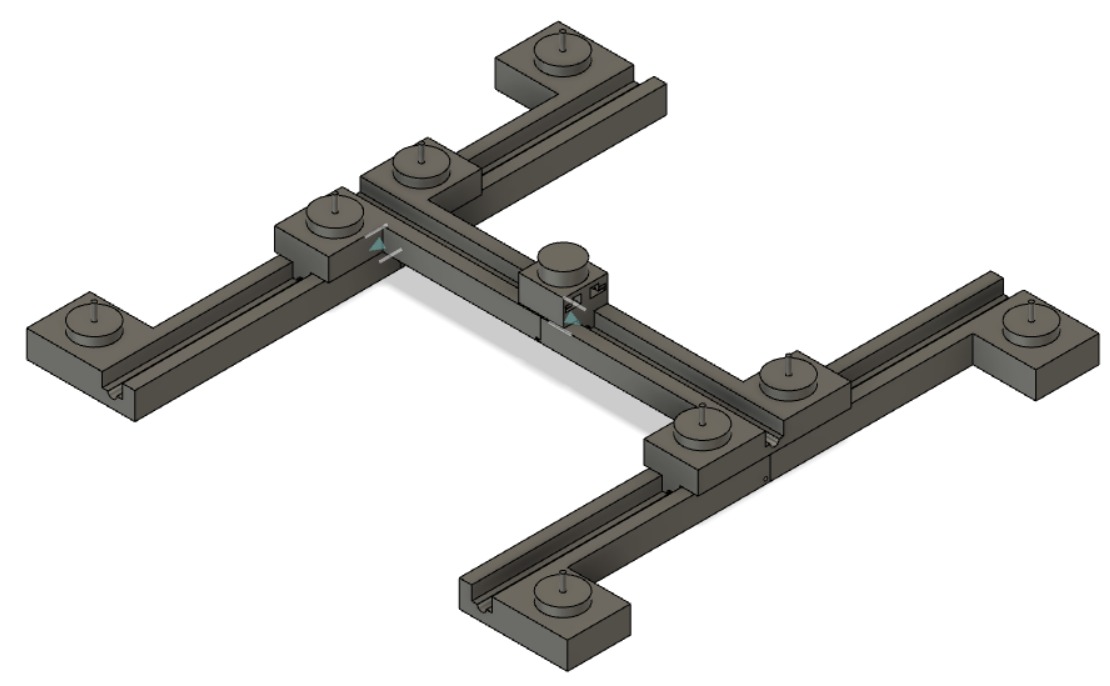