In this work, a decoupling control system is designed for the riser section of the fluid catalytic cracking unit (FCCU).

We express our immense gratitude to Dr. Chinta Sankar Rao, for his valuable insight, under whose guidance and supervision this project was completed. We are also grateful to Mr. Sanjith S Anchan for his guidance during the simulation.

This project aims to design a decoupling control system from the riser section of the Fluid Catalytic Cracking Unit. The decentralized control system is implemented on FCCU to estimate the magnitude of the interactions using relative gain array (RGA).

A Fluidized Catalytic Cracking unit is placed next to the distillation column to convert heavy hydrocarbons into lighter, commercially valuable products like gasoline, gas oil, LPG and other olefinic gases. The feedstock is subjected to high temperature and moderate pressure while in contact with hot powdered catalyst. The catalyst cracks the long chain molecules of the hydrocarbons into shorter molecules and these are collected as vapours.

The setup of a FCCU consists of three major working components: Riser, Regenerator and Fractionator. 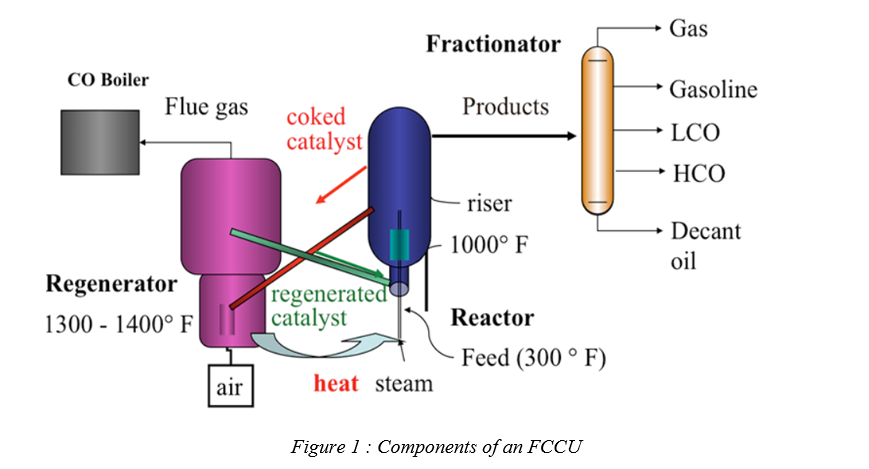 A schematic representation of decentralized controller for a (3 × 3) system is: 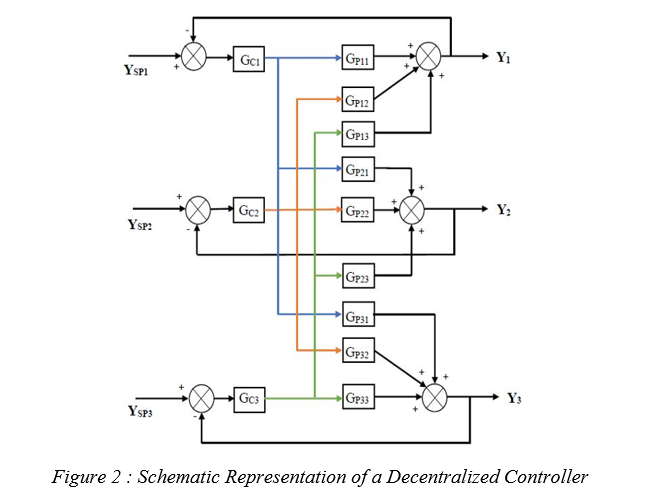 A process reaction curve is used to get a FOPTD model. In this method, times t1 and t2 are obtained from the transient step response curve when the fractional responses are y1 = 0.353Δy∞ and y2 = 0.853Δy∞, respectively, as shown 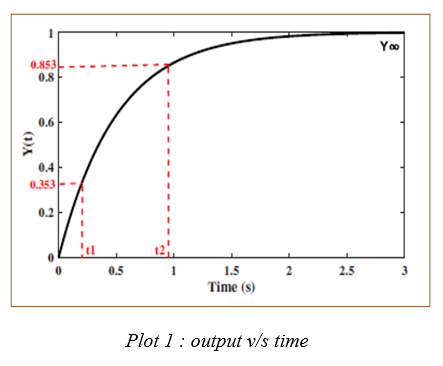 IMC and PPM method are implemented to design the controllers (Gc1, Gc2, Gc3) whose PI settings are computed based on FOPTD model.

A decoupler is introduced into the interacting system in order to eliminate the effects of loop interactions. It breaks down a multivariable into several independent single loop systems. Decoupler can be static and dynamic. 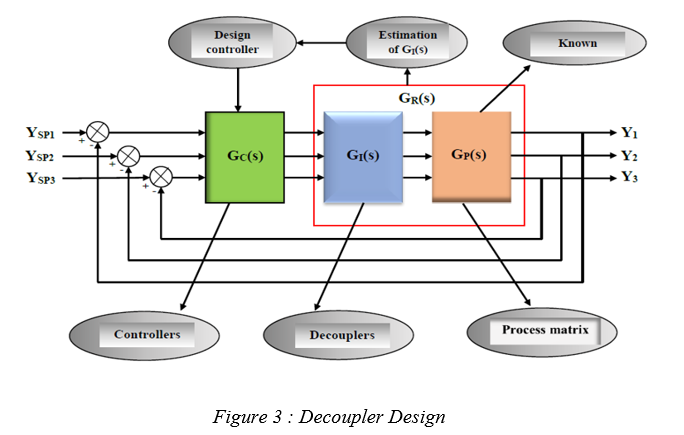 The performances of the decentralized and decoupler systems are evaluated based on the time integral errors.

Here, e(t) is error input to the controller, which is the difference between measured output value from the process and set point value. The smoothness of the controllers is evaluated based on the time variance (TV).

A lumping strategy is used for the characterization of the cracking reactions. In the lump model, the feed cracks into some lumps like gas oil, gasoline, LPG, dry gas, coke, etc. as products of these reactions. A five-lump model strategy is considered in this study. 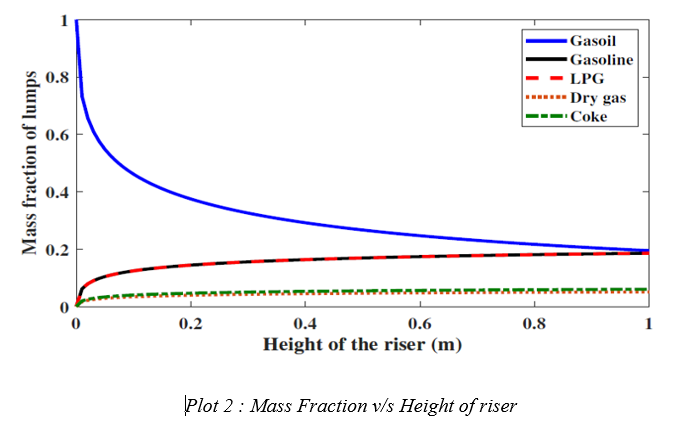 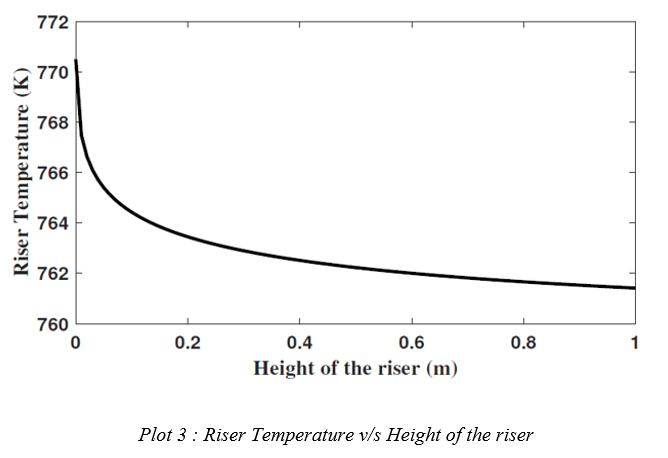 The feed entering riser along with hot catalyst vaporizes as soon as it comes into contact with it, making the reaction endothermic and hence the temperature decreases.

The closed loop performances of control variables (Tris, Ylpg and Yga) are obtained for the decentralized FCCU model by introducing a step input to the steady state temperature of the riser and the results for servo and regulatory problems have been noted.

The comparison of the closed-loop servo responses was obtained from the IMC and PPM methods for the decoupler control system. The PPM method results in lower overshoot and rise-time when compared with the IMC method.

Results for quantitative analysis in terms of time integral errors such as ITAE, IAE and ISE were obtained, and it is seen that PPM has the lowest error value among the three controllers. It is also observed that the PPM method has a shorter settling time and lesser oscillations compared to the IMC method.

After the use of decoupler in the decentralized model, lower error values are observed, hence indicate minimal interaction among the loops.