Just like a face mask hides true face, can an image be hidden inside another image? 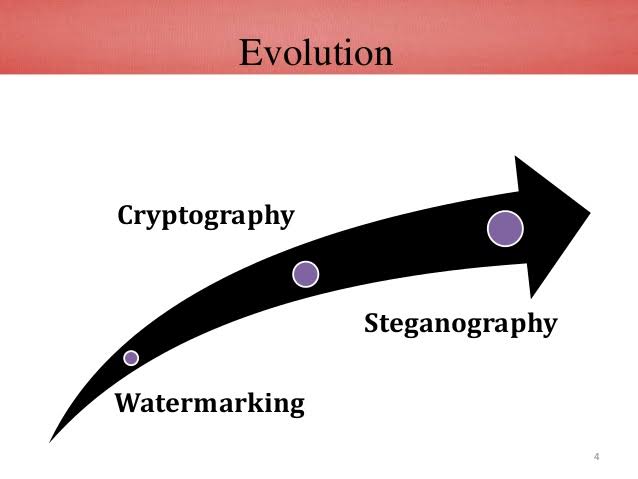 Steganography is the practice of hiding a secret message inside an image which acts as a carrier. The carrier can be an image, word document or even an excel sheet.

The K-LSB method of hiding images in images is based on the observation that a slight change in the RGB values of a color does not produce a visible change in the color.

The new image is hardly distinguishable from older image!

To hide an RGB image in an RGB image former will have to be atleast 4 times smaller than the latter if we use the above method.

Similar appoach can be used to hide images within images. The below example shows K-LSB based hiding, where K=4. 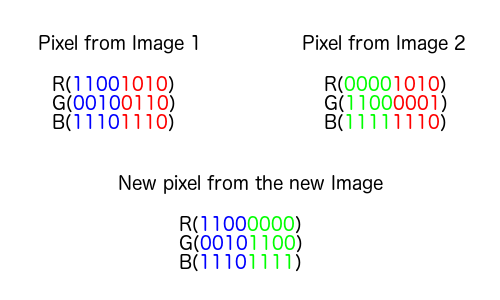 The DFT of an image results in a matrix of complex numbers. When plotting DFT we plot only the magnitude of the DFT.

In this approach we use the DFT to hide an image. To avoid complications due to complex numbers we will not use DFT of entire host image to hide an image. We will take DFT of 2x2 blocks in the image and add to it scaled pixel values of hidden image. Then taking the IDFT of the 2x2 block will give the corresponding 2x2 block in steganographic image.

In this approach, we train a set of three 2-D convolutional neural networks (2-D CNNs), which can be used for extracting features of the images, so as to hide them efficiently. These networks are

The Preparation Network takes input, the image to be hidden (S), and extracts useful features from it to be hidden. This is the preparation of the hiding image, ready to be fed to Hiding Network for hiding.

The Reveal Network is then used to recover the hidden image. It take the Container image (H’) as input, and outputs the Revealed Image (S’).

The important point to note here is that, all three models are actually trained as a single model.

This is to ensure that the Preparation Network, Hiding Network and Reveal Network work exclusively for each other, i.e., no other differently trained Reveal Network can be used to reveal the Container image (H’). This includes some privacy constraints, So that only the receiver with the appropriate Reveal Network can recover the image exactly.

The following images were obtained on training the CNNs for optimal performance.

ADVANTAGES OF CNN-BASED IMPLEMENTATION OVER OTHERS

The security of hiding process depends on a lot of factors. One of the important factors is distribution of pixel characteristics of Hidden image (S) over the the Host image (H). If the information of one pixel of S, is hidden in a single pixel of the host image, it can be recovered easily by training suitable AI based models. But if the information of a single pixel of S, is distributed over several pixels of H, the hiding process is more concrete.

Deep Learning based approach helps here a lot, as shown below, it is evident that the information of one pixel of S is roughly distributed over 7 pixels of H. 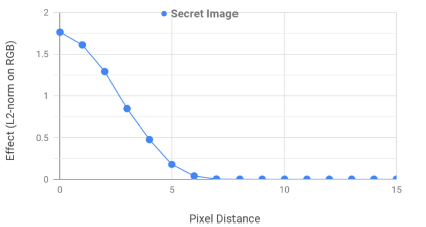 FUTURE IMPROVEMENTS ON THIS PROJECT

In this project, only one image is hidden inside the host. Further research evidences show that multiple images can be hidden inside an single host image, making the hising proces even more complex, yet secure, since adversaries now need to look for an arbitrary number of images to recover, which is practically not feasible.