Jet Engines play a vital role in the aviation industry; hence, their performance is significant. The turbine blades of jet engines have a unique airfoil shape which creates lift force and makes them turn. A new design method was used to improve turbine blades’ performance, originating from the fins on a humpback whale. Various simulations were undertaken using ANSYS CFD to investigate the influence of the tubercle leading edge on a linear turbine cascade’s aerodynamic performance.

The airfoil coordinates were taken from the research paper [1] as shown in figure 1. The chord length of the selected airfoil is 1.09m and the camber percentage is 35. 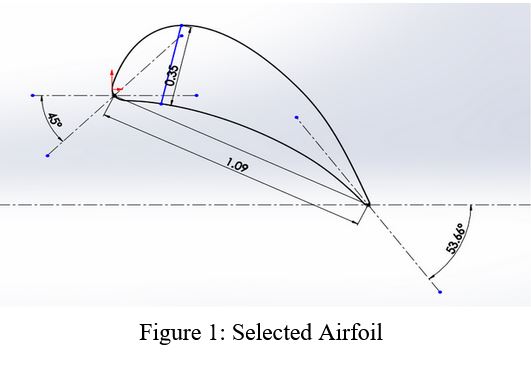 The designing of the CAD models was done using SOLIDWORKS. The difference between baseline and tubercled blade design can be seen in figure 2. On the leading edge of the normal blade, a sinusoidal wave of amplitude 50mm was imposed for which the parameters are as shown in figure 3. The length of both blades is 450mm. 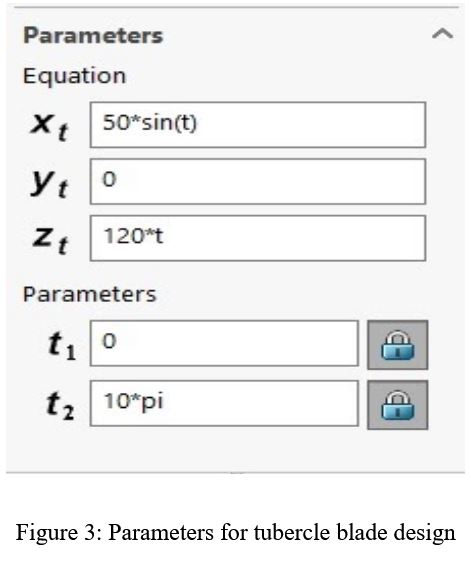 The domain of the normal and tubercle blade was chosen as shown below: 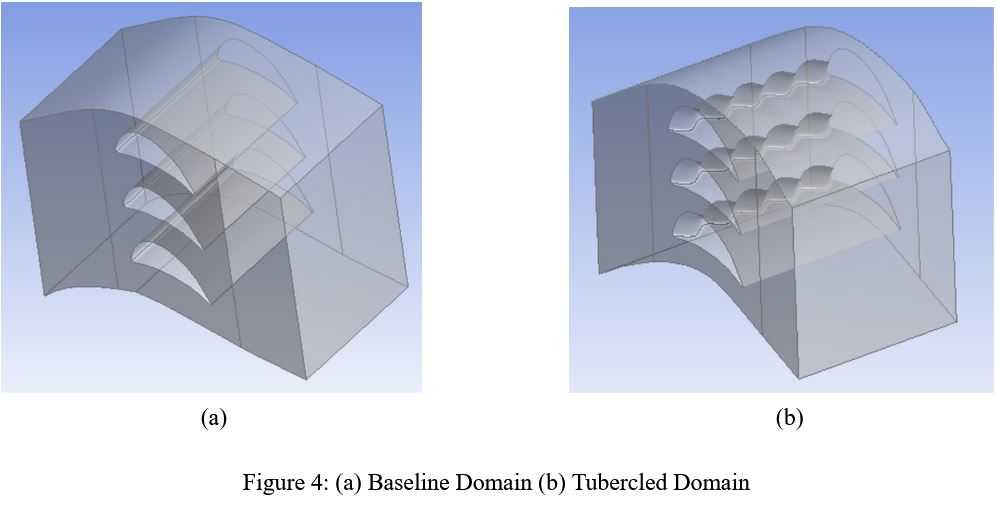 The Spalart Allmaras turbulent model was adopted and coupled solver was used. The hot incompressible air was considered as the working fluid. The initial conditions were set as shown in table below (Table 1).

The simulation was done for different angles of attack varying from 0 degrees to 35 degrees with the same initial conditions as mentioned in Table 1 to study the results.

The below results are obtained for 10 degrees of angle of attack:

The below results are obtained for 20 degrees of angle of attack:

The below graphs are obtained for 0 degrees (left) and 20 degrees (right) of the angle of attack. It can be inferred from the graph that the pressure loss coefficient for tubercled blades is lower than the baseline (normal) blade. 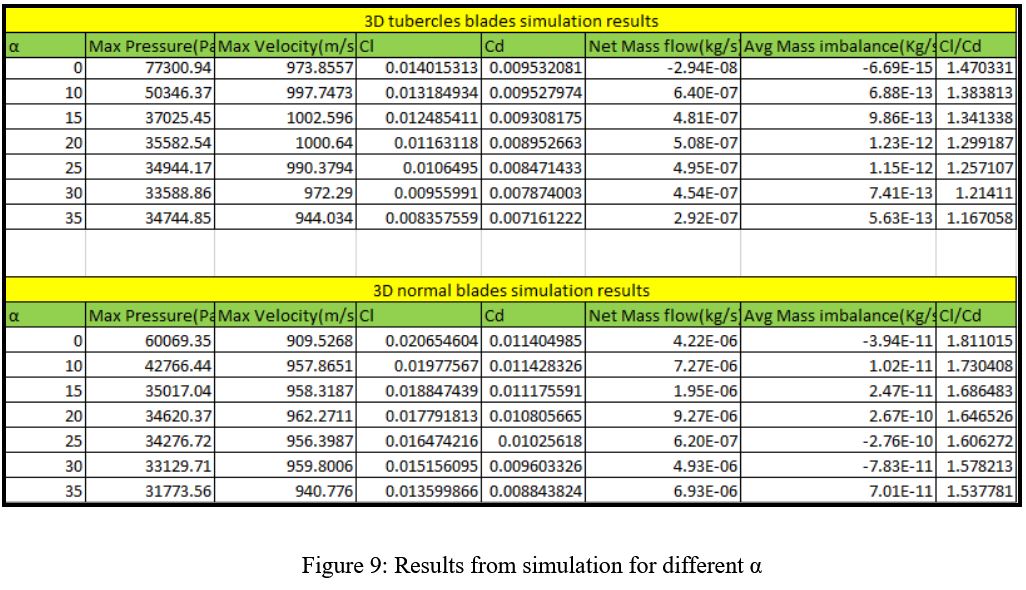 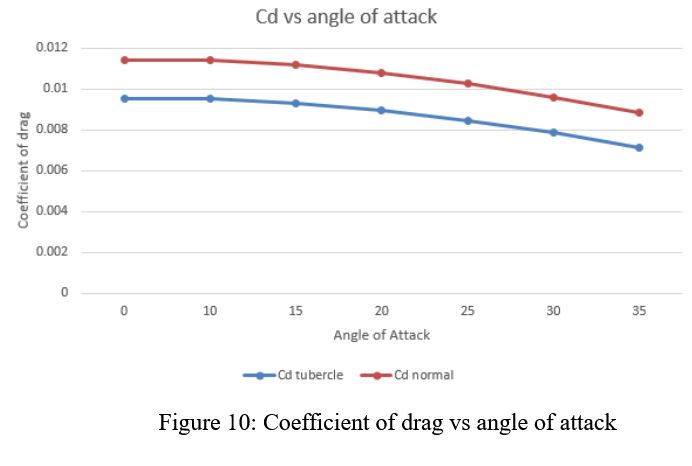 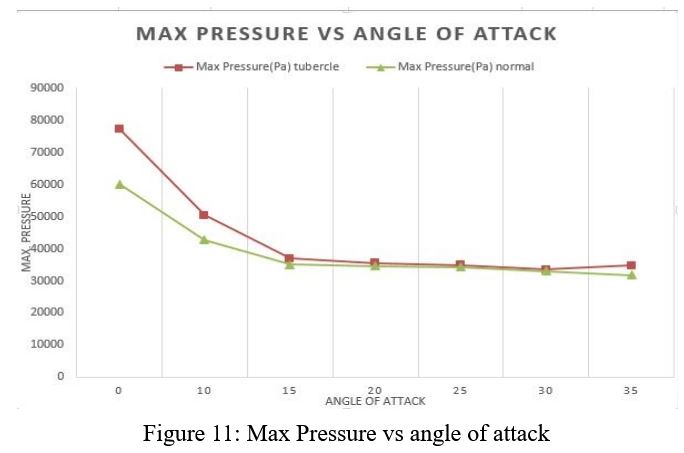