There have been many solutions proposed to solve the inverse kinematics problem. All the solutions can be broadly classified as:

This project shows that with the introduction of the inverse sine non linearity, the neural network is able to generalize faster and hence making the inverse kinematics problem computationally less expensive.

In artificial neural networks, the activation function of a node defines the output of that node given an input or set of inputs. They are generally introduced in neural networks so that the neural networks can learn complex non-linear functions easily. 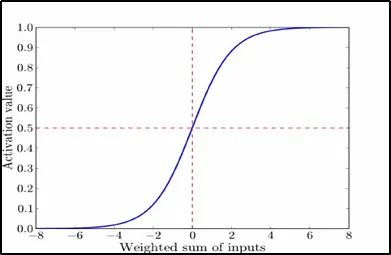 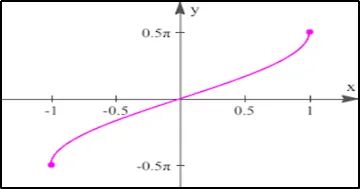 The robotic arm model that was used to test the results is the 3 link 2 DOF planar robotic arm with link lengths in the ratio 1:1:1. Specifically the link lengths are considered as 2 units. 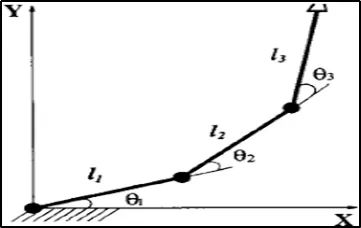 Fig 3: Robotic arm set up used for the project

The forward kinematics equations for the above robotic arm setup are given by:

In a 2D space, we plotted the trajectory followed by our robotic arm setup by giving increments to thetas of 1 degree. 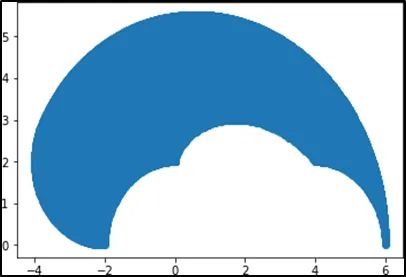 To prepare the dataset for training the neural network model, the above forward kinematics equations were used.

The computation model used for training is a simple neural network architecture without any hidden layers to reduce the computational requirements and in turn test the new activation and loss functions. 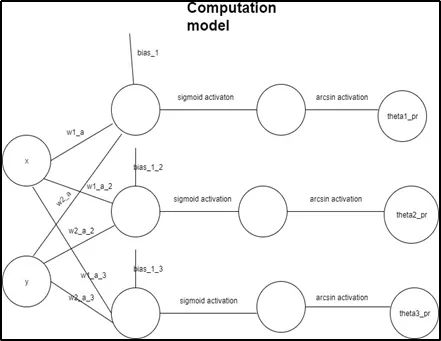 The input to the network is x and y which represents the position of the end effector. Taking a weighted average, a linear function is created for the prediction of thetas.

These functions are then passed into sigmoid and arc sin activation functions to predict the thetas.

Here we need not compare the predicted thetas with the original theta’s since we know that for a particular end effector position, there can be a lot of theta’s possible.

After the prediction of theta’s, x & y are predicted using the forward kinematic equations.

The objective of training of the neural network model involves minimizing the loss function.

The weights are assigned randomly and the best weights that minimize the loss function are chosen using the gradient based optimization technique. 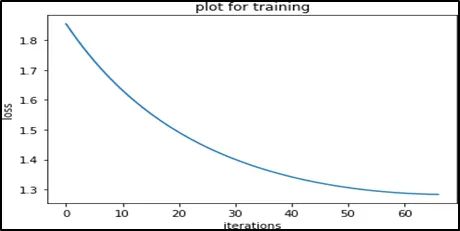 Using the new loss & activation function & comparatively simpler network architecture, the thetas were accurately predicted so that the loss is minimized.

The results show that introduction of sinusoidal non linearity in machine learning is making it predict much accurate results even with a very simple computational model hence improving the computational capabilities. 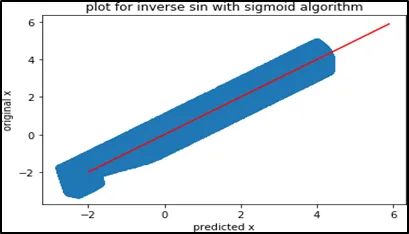 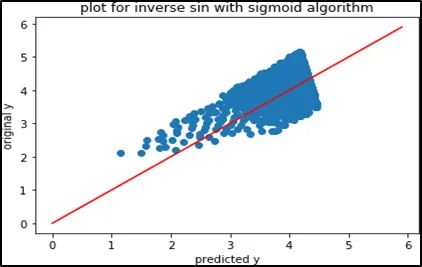 With the help of inverse sinusoidal activation function with sigmoid and mean squared loss function over the predicted x, y, we are able to significantly reduce the computational requirements and also obtain satisfactory results.

Hence by the introduction of the activation and loss function proposed, we can successfully handle the tradeoff between computational requirements and accuracy while solving the inverse kinematics problem using neural networks.

A best fit straight line is passed through a subset of the training data for which the mean squared loss is within the acceptable range. This allows the robotic arm to move in a straight line. By further increasing the degrees of freedom for the base, the robotic arm can be made to traverse the entire 2 D Plane.