The project focused on development of an amateur rocket capable of producing thrust to carry a payload consisting of a measurement device or a sensor upto a certain altitude.

The project of Rocket Propulsion System is a continuation of the efforts in the academic year 2018-19.

Amateur Rocketry is a well established field amongst rocket enthusiasts. Amateur rockets use solid propellants to fuel the rocket. These propellants are ignited using a specially designed ignition system consisting of an electrical circuit. A number of different components are essential in the success of a fully functional rocket.

The project was aimed in the design and development of the following:

The integration of all the individual subsystems is used for future development of modifications in the fundamental structure of the amateur rocket.

A number of solid propellants are used in amateur rockets. The previous academic year’s efforts in the project attributed that a mixture of Potassium Nitrate and Dextrose was the most optimum solution in terms of efficiency and cost. Further literature review was done to explore methods of manufacturing the solid propellant. The 2 methods are:

The dry heating method was decided to be the most optimum choice taking into consideration factors like ease of manufacturing if bulk quantities, cost and effectiveness.

Manufacturing of the Solid Propellant 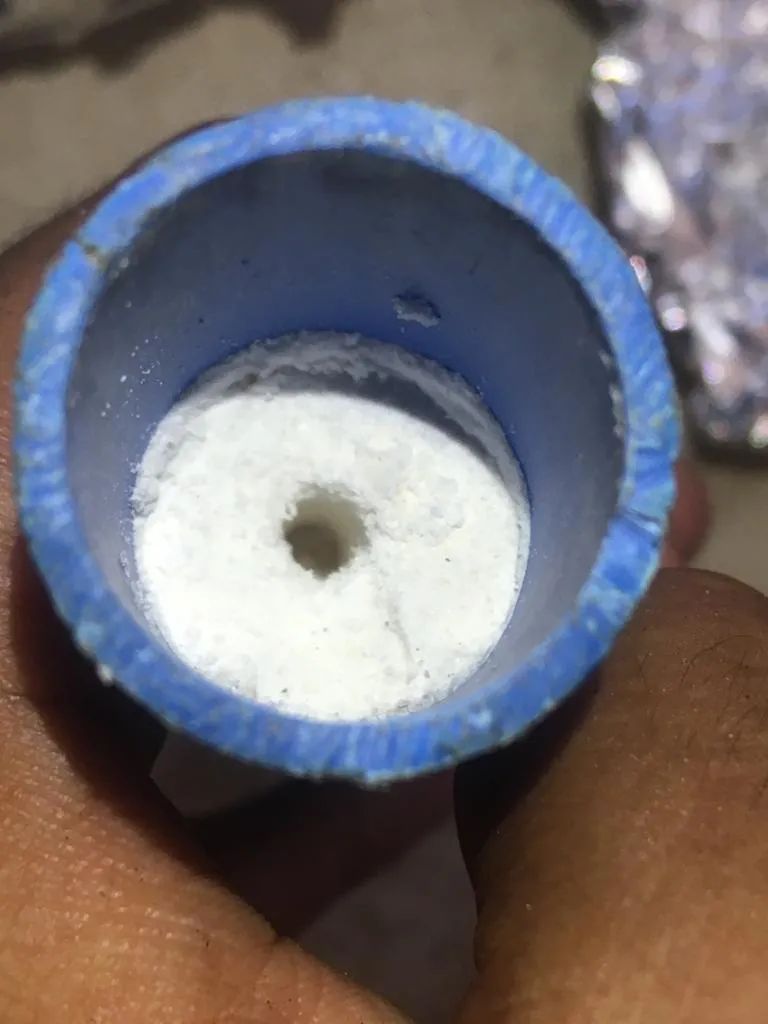 A number of educational and engineering instrument companies offer solutions for dynamic force measurements that can be successfully adapted for model rocketry.

Combining an Arduino Uno microcontroller, an LCD keypad shield, an HX711 breakout board, a 10Kg loadcell, and a custom made engine mount yields a sensitive and accurate test stand or dynamometer for testing the thrust in Newtons of model rocket motors. The circuit is also usable as a stand-alone gram scale.

Functionally, a model rocket motor is affixed to a loadcell, which generates a very small analog voltage difference, proportional to the force applied. The small voltage is applied to an HX711 breakout board, which amplifies the voltage and converts to serial digital data. The serial data is received by the Arduino microcontroller, which applies a calibration factor so that output is shown as grams of force.

The following is a circuit diagram:

The calibration of the load cell was done using standard weights. However the load cell calibration was leading to an error bar of about 50%, rendering the loadcell useless. Further calibration and tests were not possible due to the covid-19 situation.

The Measurement mount was also designed to accommodate the thrust measurement circuit. The following image was used a reference for making the thrust mount: 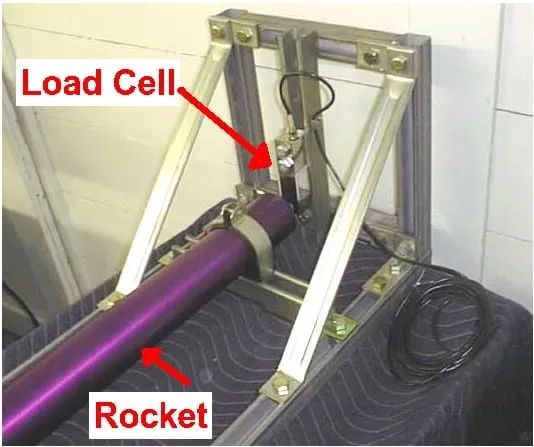 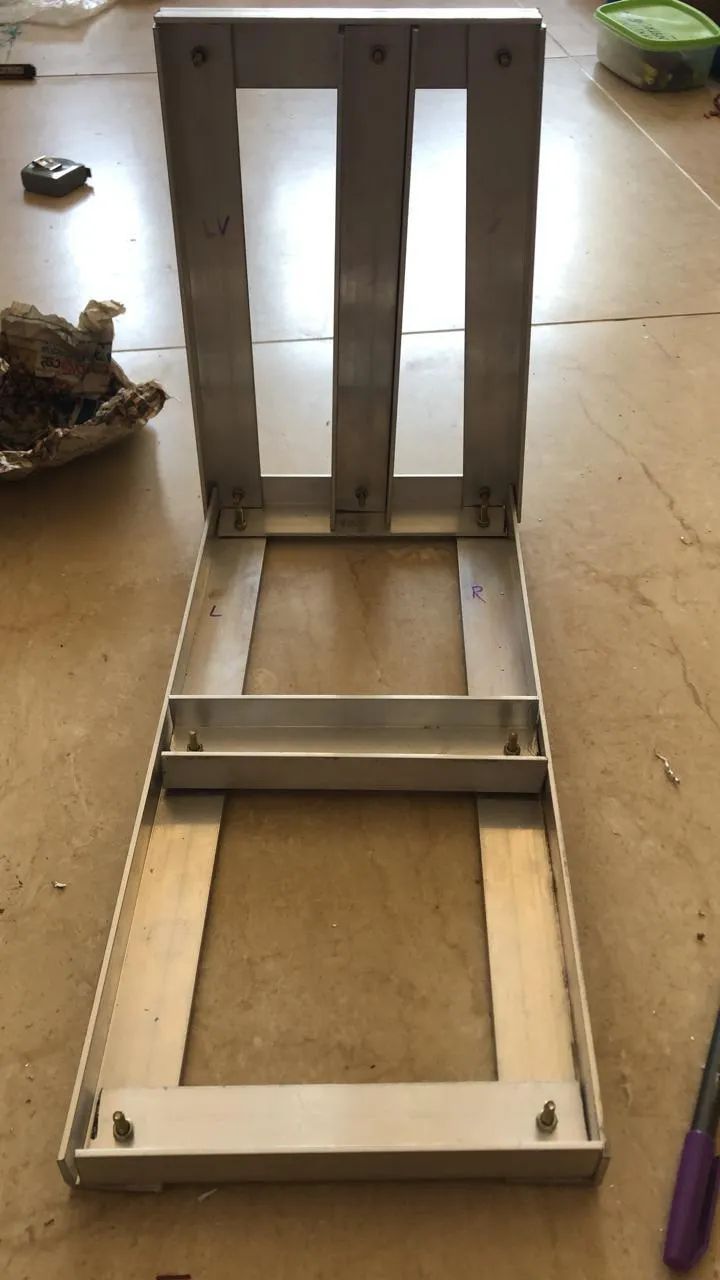 The ignition system to aid the propulsion of the rocket was initially made using a gunpowder igniter. We followed the below steps to create the igniter mixture, using common recipes found on the internet. To make the gunpowder:

The igniter wire used was a 24 SWG nichrome wire. Nichrome is an alloy of nickel and chromium and has a higher resistance than other common wire used to carry current such as aluminum or copper. It also has a higher resistance than iron, steel, or stainless steel. A lacquer or an epoxy resin is required to coat the nichrome wire with the gunpowder mixture so that ignition takes place easily. Many pyrogens use NC lacquer and mix the ignition powder into it. NC stands for nitrocellulose which is what smokeless gunpowder is made from. NC lacquer can be made using acetone and ping-pong balls (which are almost 100% nitrocellulose). The steps followed to make the NC lacquer are as listed below:

The assemblage of the ignitor using the prepared ingredients was done using a PVC pipe, nichrome wire and the lacquer prepared. 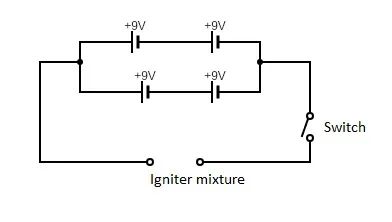 Result: There was no observable ignition seen. The ignition power was inadequate. There was no notable temperature change in the mixture even after powering it for three minutes. The possibility of a faulty wire was considered. The nichrome wire was heated up separately to check for this, and when the circuit was completed, the wire heated up instantaneously with a characteristic glow. The circuit was also complete. Therefore, it was concluded that the igniter mixture was at fault.

An alternative ratio of the gunpowder and the potassium nitrate was considered. A new mixture, consisting of 20% charcoal that was finely powdered and 80% potassium nitrate (saltpetre) was made and tested with a similar circuit design.

Result​: The mixture did not ignite suitably. The batteries were drained before a second set of testing could be done.

Next, an alternative pyrogen consisting of saltpetre and sugar was considered. This mixture was created with equal parts saltpetre and sugar. In a manner similar to the previous method of assembling the igniter, a new igniter setup was made with the saltpetre-sugar pyrogen mixture. In addition, the batteries were tested for their voltage using a multimeter and it was seen that the batteries had a voltage of 9V. The circuit was completed using the same circuit design and the ignition system was tested in a pit in an open field.

Result:​ There was no noticeable result beyond the igniter mixture slightly heating up. It was tested again with the protective masking tape removed. The result was the same.

Result:​ It was observed to get red hot instantaneously. The resistance between the leads of the wire was measured with a multimeter. It was observed that the voltage was 2V with a current of 180mA, giving a resistance of about 11 ohms. The expected resistance is between 1.4 to 1.6ohms, so it was inferred that the current in the circuit was 1/10th of what it should be, implying that the joule heating is a 100 times less than expected.

Many obstacles were encountered during this project and questions regarding the feasibility of the circuit and the pyrogen mixture remain unanswered at the moment. The unexpected COVID-19 situation has halted progress, as the testing cannot be done remotely. The project has several future prospects and other methods to test.

Future work to be done