The project aims to develop a low cost and portable PV system using a modular approach. The project involved building an MPPT based battery charging circuit to charge a lead-acid battery using a solar panel, followed by an inverter circuit to power AC loads using the battery.

The MPPT battery charger is based on a buck topology, controlled by a PIC microcontroller on which the MPPT algorithm has been implemented. This system ensures maximum utilization of the solar panel by impedance matching while enabling safe charging of the battery to provide a long life.

The inverter is based on a push-pull topology with a 555 timer-based control circuit that generates the required pulses and an op-amp based driver circuit to drive the MOSFETS. This system uses the DC power supplied by the battery and generated AC pulses to be used by day to day appliances. Both these systems worked independently of one another.

3D Render of the Inverter PCB 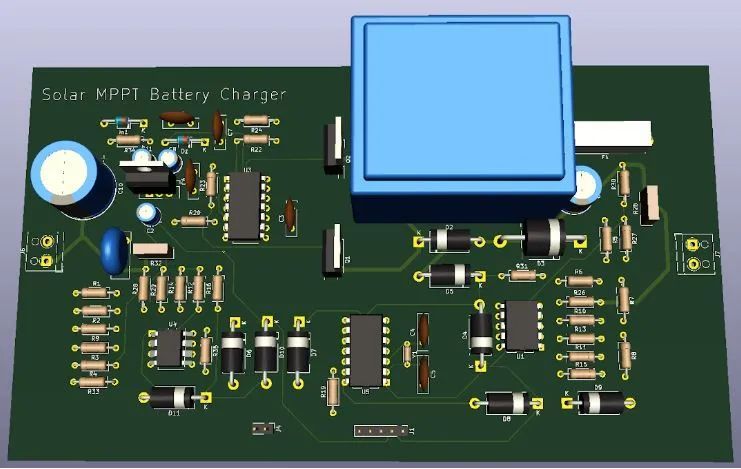 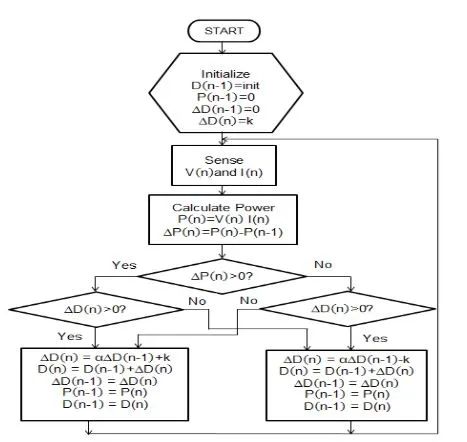 The circuit was tested using a solar panel simulator and the ability of the algorithm to accurately track the PV curve to the point of maximum power was observed. 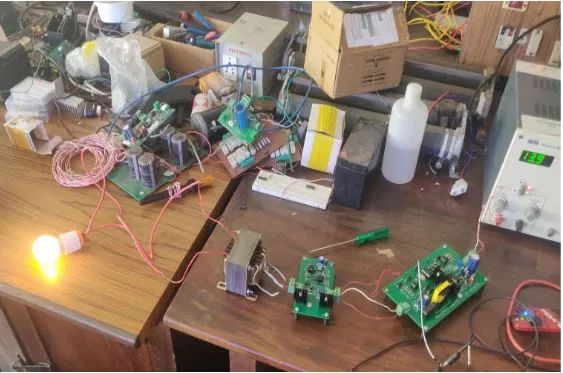 The image above shows our battery charger PCB cascaded with the inverter PCB at 50Hz. The buck converter provides a regulated DC supply as the output with the help of the MPPT algorithm on the PIC16F684. 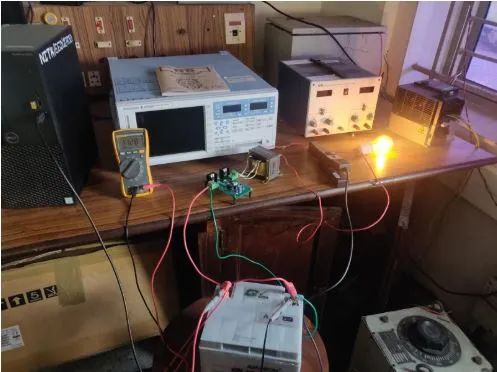 The working of the DC-AC inverter connected to the battery, in full flow with a load is highlighted here. 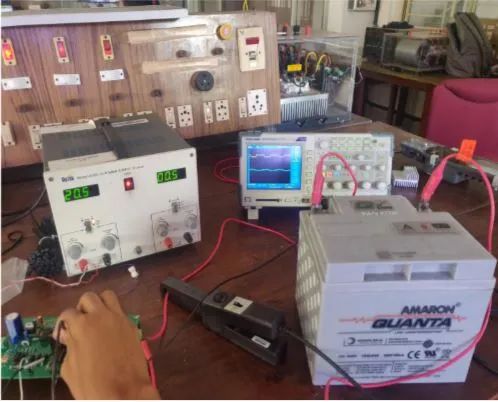 The MPPT based buck converter is shown here charging the battery from a DC box. The controlled testing here showed that our board can charge the 12V/40Ah battery in around 5hours from a 45W, 17.6V Vmp and 2.6A Imp panel. Charge current of up to 2Amps were obtained. 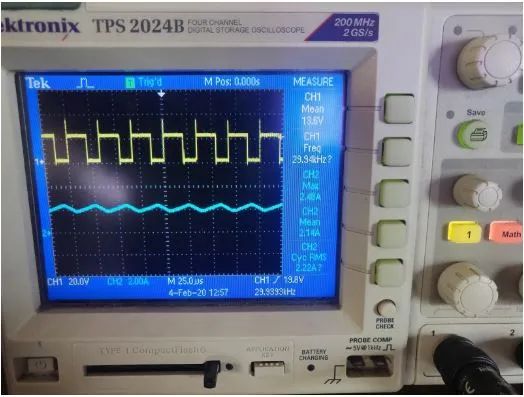 The oscilloscope shows the MOSFET gate pulse (yellow) for the buck regulator, which has been controlled by the MPPT code implemented on the PIC microcontroller. The blue waveform indicates the current fed into the battery during its charging cycle. 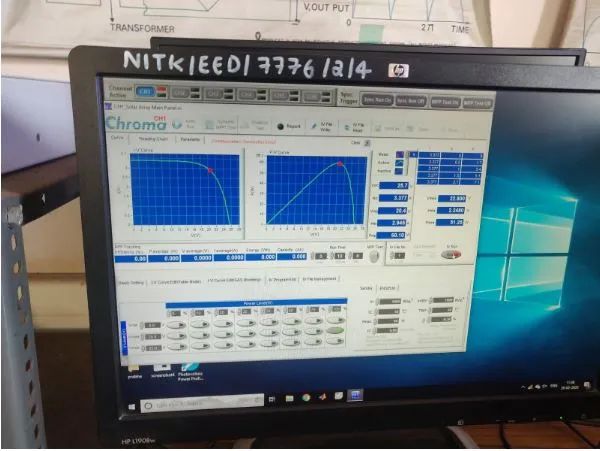 The MPPT algorithm tracks the PV curve to attain the maximum PowerPoint. 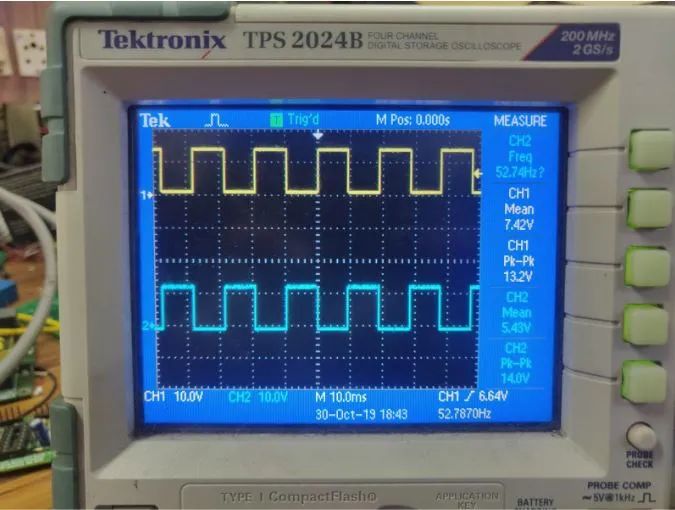 555 timer complementary pulses which eventually drives the MOSFET on the inverter circuit. 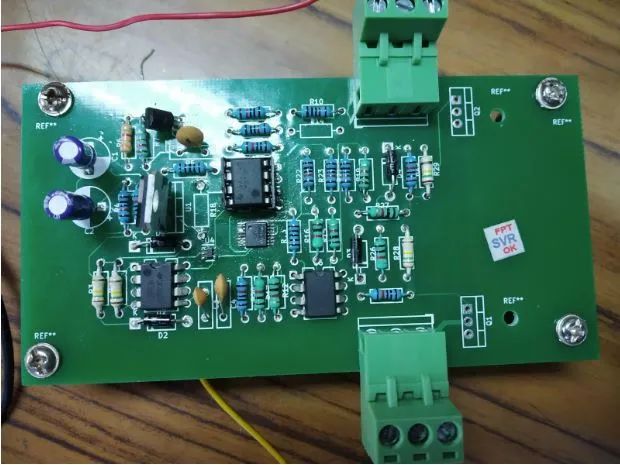 An image of the designed and populated inverter PCB.

Due to the Covid-19 pandemic and enforced lockdown, the testing of the solar inverter with multiple and different loads could not be done. The system can be used with multiple batteries and solar panel combinations considering their charging and discharging cycles along with maximum currents involved respectively.

It would be our utmost pleasure to express our sincere gratitude to our guide for this Project, Professor Dr B V Perumal for his vital support, constructive guidance and encouragement without which this project would not have come forth. His valuable guidance, support, advice, suggestions and supervision, all through this project, are responsible for attaining its present form and the corrections, modifications and improvements suggested by him enhanced the quality and accuracy of the project results. We would also like to thank Ms Roopa V for her constant support throughout the project. Finally, we thank IEEE NITK Student Branch for supporting the project.