Today, technology is developing in the same direction in line with the rapidly increasing human needs. The work done to meet these needs makes life easier every day, and these studies are concentrated on robotics studies.

There are various types of robots present in the world, in which a humanoid robot is famous because it mimics a human being. AI or humans control humanoid robots through various sensors. This project builds a robotic arm with 13 DOF using a new wearable sensor model to control the humanoid robotic arm using gyro and flex sensors. Gyro sensors placed in a different position on a wearable material provide different angle values. Flex sensors are placed at each finger for sensing bending angle. We can define the configuration of a robotic arm with the mathematical model’s help.

The project aims to develop a mathematical model for successfully feeding configuration the same as the user’s hand. Cad modeling is done on Solidworks, testing and simulation are performed using MATLAB(Simulink).

The project is divided into three parts:

The robotic arm model used to test the results is the 13DOF planar robotic arm with link lengths in the ratio 3:2:1.

This study’s developed robot is a stationary articulated robotic arm with 13DOF, including base, shoulder, elbow, and gripper, including three revolute joints (wrist, fingers, elbow). 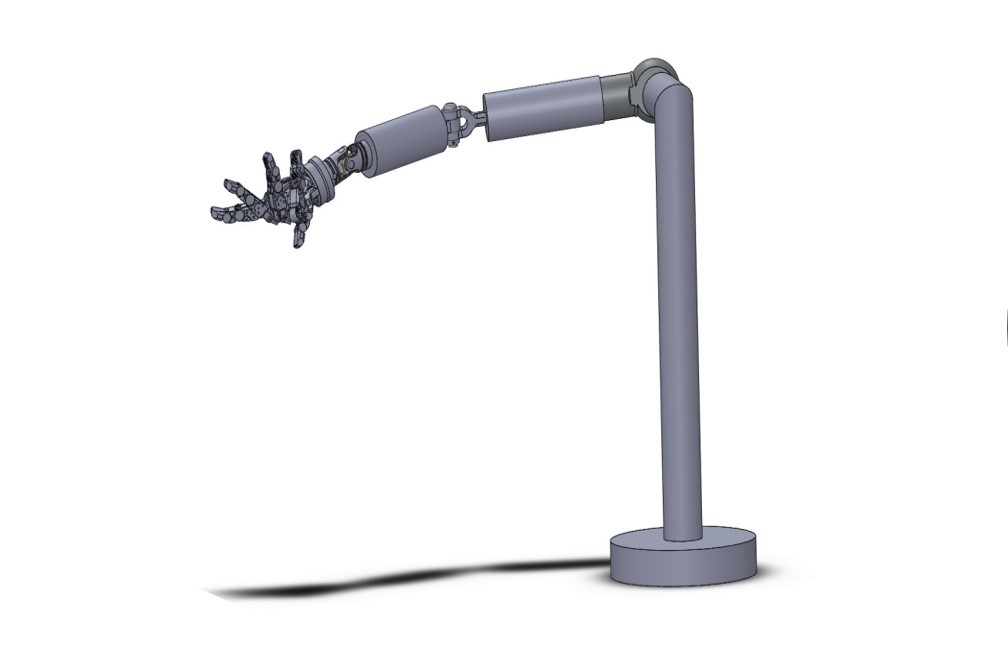 After all these careful measurements of all the robotic arm and rigorous part drawings, a CAD model was created using SolidWorks, according to the dimensions.

The basic operations of the controller are as follows:

The main features of the UNO Atmega328 are:

We used an MPU6050, its six-axis called a 6 DoF (six Degrees of Freedom) device, as it provides six output values (three from Accelerometer and three from Gyro). The MPU-6050 can communicate using I2C Protocol.

The main features of the MPU6050 device are:

Digital Motion Processor or the DMP is an embedded processor that can reduce the host processor’s computational load, like an Arduino, by acquiring and processing data from Accelerometer, Gyroscope, and an external Magnetometer. 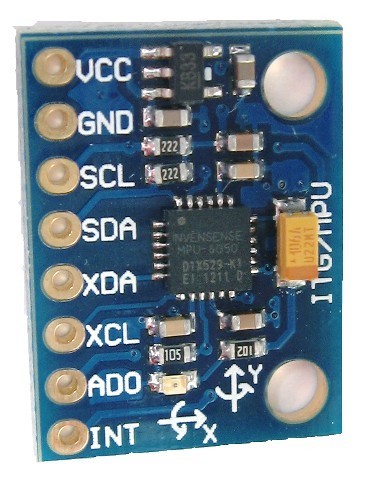 The main features of the Flex Sensor are:

An 8-to-1 multiplexer consists of eight data inputs D0 through D7, three input select lines S2 through S0, and a single output line Y. Depending on the preferred line combinations, multiplexer decodes the inputs. 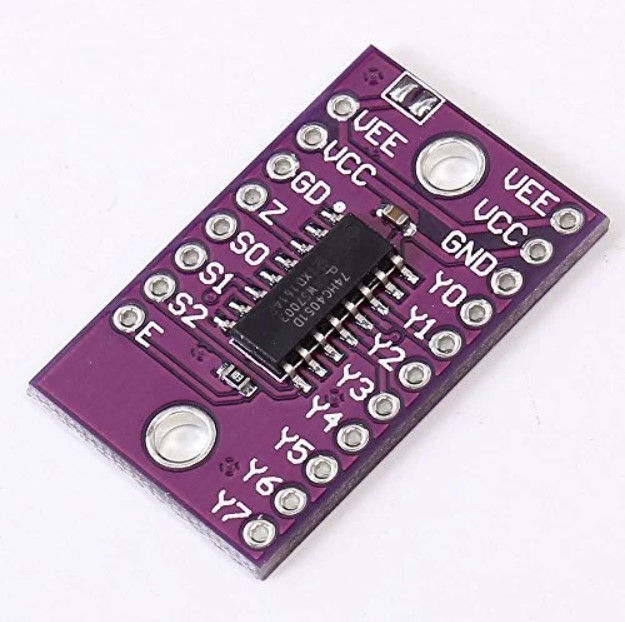 This block is used to get values from the sensors. 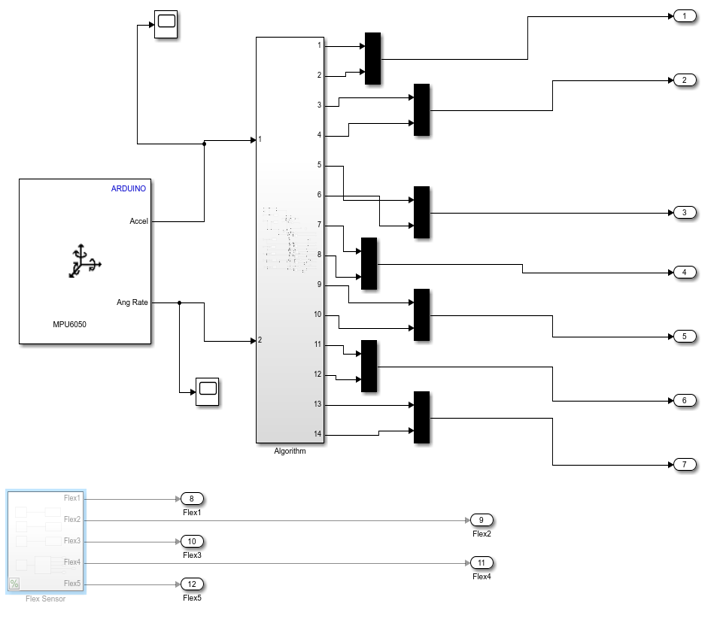 This block is used to convert sensors’ values to the angle of orientation.

We know that the accelerometer is suffered from noise. The gyro sensor is sustained from the deviation problem; we used a complementary filter for solving this issue. 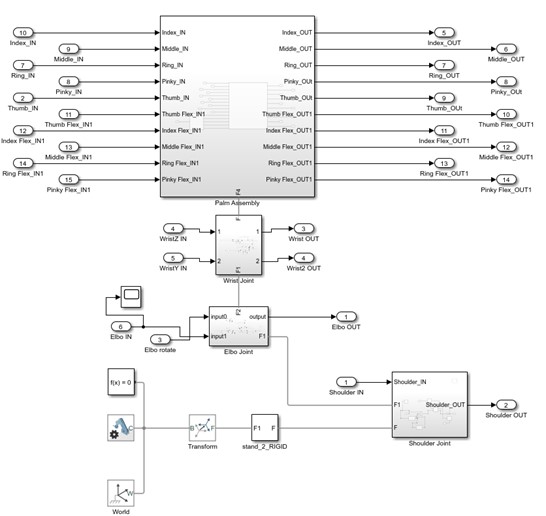 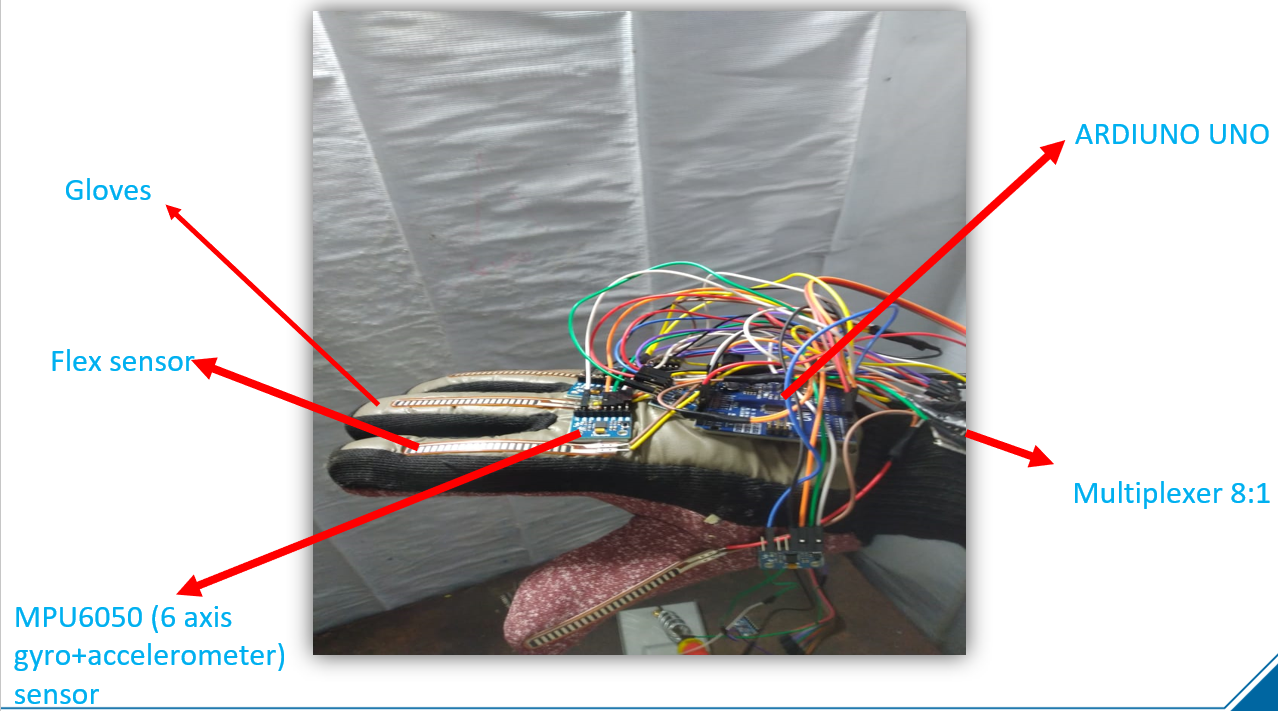 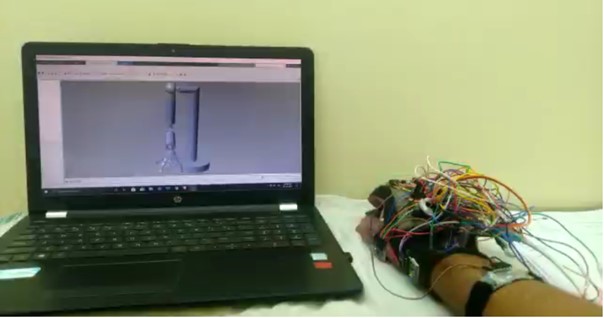 The humanoid arm mimics the human being with the help of the controller. This document outlines the design and development of a controller and control system for operating the controller. We demonstrate the limb motion mimicry by converting sensor output into the rotation angle using MPU6050 and flex sensors.

[4] Colin Kilby: “motion control of a robotic arm of a humanoid robot with a perspective difference,” carleton university ottawa, ontario,2015.